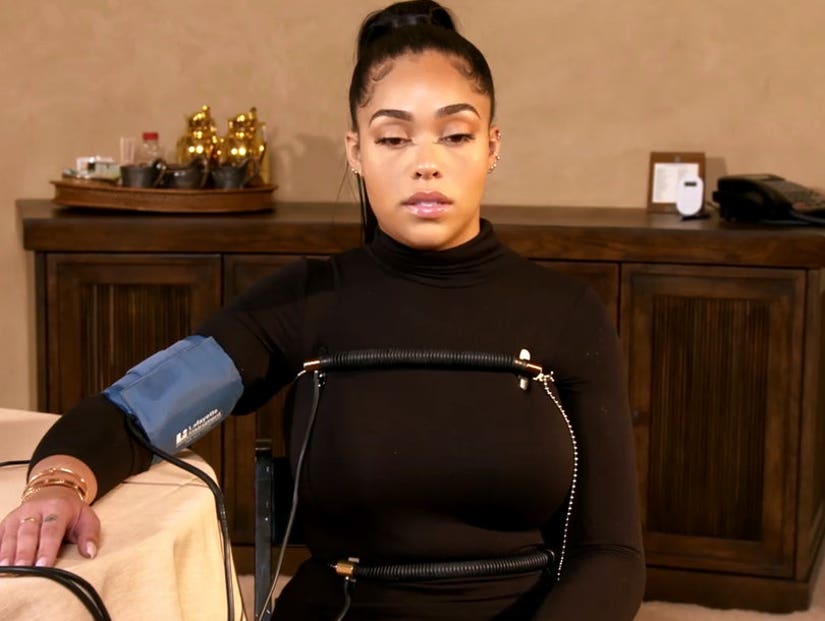 "Did you have sexual intercourse with Tristan Thompson?"

UPDATE at 9:00am PT on December 11, 2019: While Khloe Kardashian didn't directly respond to Jordyn's video, she did make a post about "liars" hours after Woods' lie detector test was published. Coincidence? Maybe.

"Liars are always ready to take oaths," she posted to her Instagram Stories on Tuesday night. She followed it up by sharing another meme reading, "Stop being so f--king forgiving, people know exactly what the f--k they're doing."

This post comes after Khloe recently said she doesn't "don't hold any negative or hateful feelings towards ANYONE!" In a followup message she added, "That message is for Jordyn. It's for anyone else who has ever hurt me."

And Jada saved some never-before-seen footage from the episode to drop in our laps this morning.

As part of her year-end coverage, Tuesday's new episode of the Facebook Watch series included footage of Jordyn taking a lie detector test after her interview with Jada. In the footage -- which begins around the 19 minute mark above -- Woods is seen wearing the same outfit she rocked during her chat with Smith.

"I just want everyone to know that I'm telling the truth and that's the most important part of the story for me, is the truth," Jordyn said of her reasons for taking it. During the test, she was asked asked a few baseline questions by Shon Thurman before she was asked, "Did you have sexual intercourse with Tristan Thompson?"

The entire process apparently took around two hours. "You definitely passed and I believe you're being truthful on the test," Thurman told her after it was done.

Following the test footage, Jada and her mom Adrienne reflected on the fallout from the appearance. "There were a lot of untruths that were put out there and one of them was about the fact that there wasn't an apology from Jordyn," said Adrienne. Though Jada's mother didn't name Khloe, the Kardashian did claim Jordyn never said "I'm sorry" on an episode of "Keeping Up with the Kardashians."

"From the text messages that I saw, that that is not necessarily the case," added Adrienne, choosing her words carefully. "Don't be editing this out of the show, because that's important." 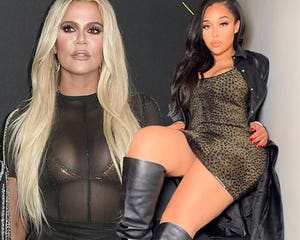 Jordyn Woods Denies Clapping Back at Khloe Kardashian's Post About Her

Sharing her side for the first time since the scandal broke, Woods denied flirting with Tristan at a party Khloe didn't attend when she appeared on Jada's show earlier this year.

"Never once was I giving him a lap dance, making out with him, sitting all over him," Jordyn adamantly declared at the time. "We're all together, in a group, never once did we leave the public area, go to a bedroom, go to a bathroom. We're all in plain sight."

Woods added that Thompson never made any moves on her during the party, saying it was just "an innocent time," but also takes "full responsibility" for putting herself in a situation where people would think something more happened. Kylie's former best friend said she always had someone else by her side all night and was never alone with Thompson.

"I'm no home wrecker. I would never try to hurt someone's home, especially someone that I love, someone who has a beautiful daughter," she added. Woods also said received comments wishing death upon her or telling her that her "father deserved to die." She said, "I may have done something wrong, but whatever I did, I don't think I deserve this.

Revisit that episode below: