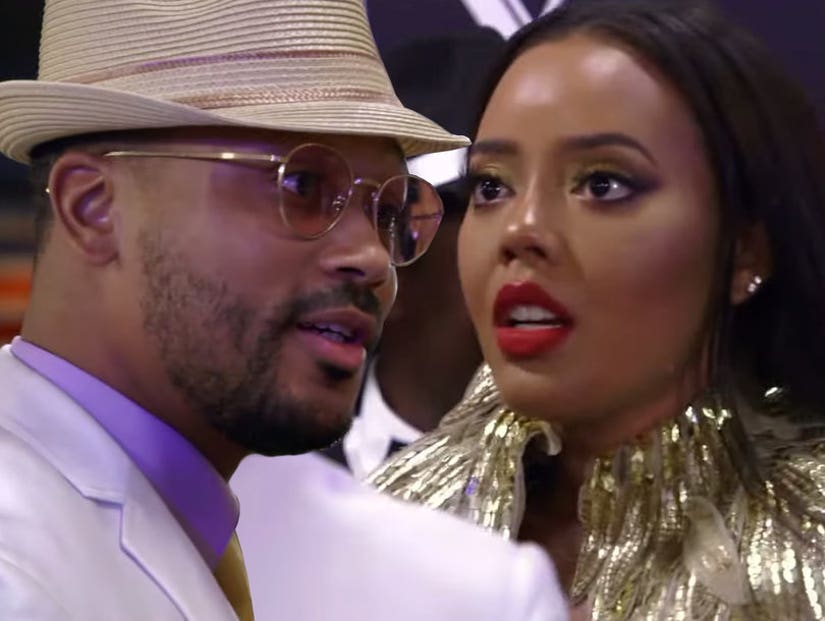 "Really? At my going away party?" asks Romeo, as Angela comes in hot.

The two longtime friends have been at odds in the new season of the WE tv series, with Angela accusing Romeo of ghosting her entirely. In a sneak peek at tonight's new episode, she confronts him about his behavior -- at a party for his she wasn't even invited to!

Caught by surprise by her appearance, he tells her "Thank you for coming," but Simmons comes at him hot. "So, what seems to be the problem?" she asks.

After he once again thanks her for attending, she makes it very clear she's not going to drop it. "Really, at my going away party?" he asks, incredulously. 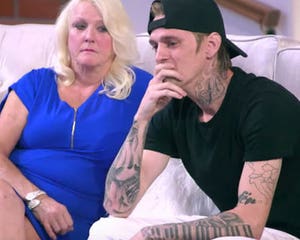 "You haven't answered a phone call or text, you didn't even invite me here," she shoots back. "We can talk about this in real life, if you want to hit me up," he tells her -- as she reiterates that won't work because he's already been dodging her.

When he tries to downplay his behavior, she then says it's "serious," adding, "You're talking about you don't like the way I move, the pictures I post, you won't follow me. Let's talk about it."

To that, he only claims he's "unfollowed everybody."

Speaking about ghosting her earlier this week on "The Real," Romeo said, "You can't call somebody the day before and then expect to hash it out and talk on TV. I got love for that family, it's always been nothing but respect."

Regarding their fallout, he kept it vague. "Me, God and that woman know what's up, he said. "Reality TV shows do a lot of editing, a lot of chopping up ... and that was just a situation where, for me, out of respect I'm not going to gossip about it."

"People grow apart all the time," he added. "Just because you go to work doesn't mean you have to hang out with each other. It's life. I have best friends who I thought would be here for me now and we're not close anymore, even family. It's nothing personal, but I'm not going to use my platform to talk about something where me and that person know what it is in real life."