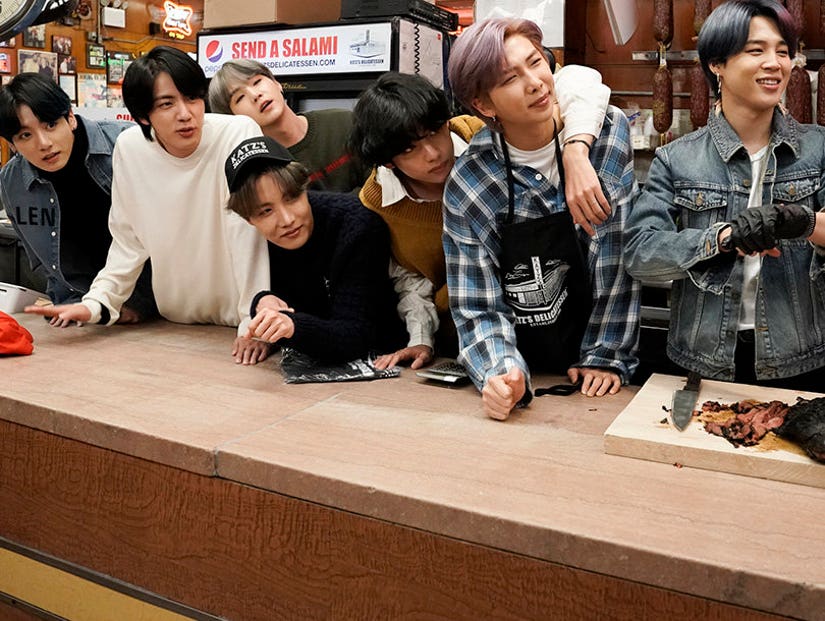 The global seven-member K-pop sensation answers fan questions, reveals what they'd do if they weren't musicians and perform their latest single, "Oh."

Jimmy Fallon helped BTS take New York by storm as part of their "Tonight Show" takeover Monday night. The seven-member K-pop sensation hit the subway for a round of Subway Olympics, sampled one of New York's finest eating establishments and even performed at the historic Grand Central Terminal.

It was just the next step toward world dominance for the blockbuster group as they celebrate the release of their album "7." In keeping with the spirit of showing the South Korean group the sights of his hometown, Jimmy even conducted their interview from an empty -- but moving -- subway train.

It's probably for the best that it was empty, though, as it would be impossible to hear any questions or answers over their screaming fans. Let's just say, they're called the #BTSArmy for a reason. They are legion and when it comes to supporting their guys, they are unstoppable.

During the interview, Jimmy learned that while there are obvious differences between our cultures, there are some similarities. Much like many non-New York natives, the movies is how much of the country perceives the Big Apple. For the members of BTS, that movie is "Home Alone 2," which Jimmy loved.

Elsewhere, Jimmy asked the guys what profession they would have gone into had it not been for the formation of BTS seven years ago. RM said he would have probably been a bisinessman, while V thought he might want to play saxophone.

Jungkook would have been a professional gamer -- or at least tried -- while Suga would have stayed in music as a producer or songwriter. Jimmy suggested for Jimin talk show host, which prompted Suga to joke, "Maybe Jimin Fallon."

As for J-Hope, the "biggest ham" of the group said he'd want to be a tennis player. Jin pointed out he won a bronze medal, with V quickly adding, "Out of three teams."

In another subway segment, Jimmy decided to hit the fellas with some fan questions, coming directly from the #BTSArmy they're so proud of, and humbled by.

"It really means a lot to us," J-Hope said of their international fanbase. "These people speak different languages, are from different countries, different ethnicities. It's an honor they all listen to and enjoy our song. And I think that's what drives us to continue to perform."

They were asked how a song comes together for them -- melody or lyrics first -- and RM and Jimin were asked to explain the infamous "black bean incident."

Hilariously, when Jimmy asked them what they look forward to when doing a concert, they instead took him to be asking who they might want to perform for and their answer was immediate. "John Cena."

"He's a big fan of us," RM explained. But Jungkook clarified, "He likes J-Hope."

Jimmy promised to make that BTS dream come true, so maybe for their next appearance on his show?

Finally, before leaving the subway for good, Jimmy challenged the seven members of BTS to a grueling game of the Subway Olympics. Played in pairs and in rounds, all eight of them competed in the first round that saw them having to balance a rubber duck on the back of their hand while trying to knock their opponents' duck off.

With only four remaining, they were tasked with the Dance Your Shades and Gloves Off challenge, which is pretty self-explanatory. By the end of this round, a very frustrated (and competitive) Jimmy had to concede defeat to Jungkook, who went on to battle Jin in the final round.

This one was more of a team effort as it saw everyone else sticking as many Post-It Notes as they could to the two finalists. We're not sure how this shows the athleticism or skill of the finalists, but with a little bit of cheating a winner emerged. But was it a true win?

Finally, Jimmy took BTS to one of New York's most famous destinations, and the world's oldest delicatessen, Kat'z Deli. Founded in 1888, the place has been home to one of the most famous film scenes of all time; if you've seen "When Harry Met Sally," you know the one.

Speaking of films, while "Home Alone 2" is evidently as South Korean classic, none of the guys appeared to have even heard of "When Harry Met Sally." At least that means we were spared any awkward recreations.

Instead, after sampling monstrous portions of the landmark's famed sandwiches, the guys went behind the counter to carve up and whip up their own pastrami sandwiches, with a haggard Jimmy trying to keep up and deliver them to hungry patrons.

All of this was to work up an appetite for their performance of their new single "On" at the famed Grand Central Terminal. And the boys really turned it up with a performance that helped their viral position on the top of Twitter's trending topics deep into the night. 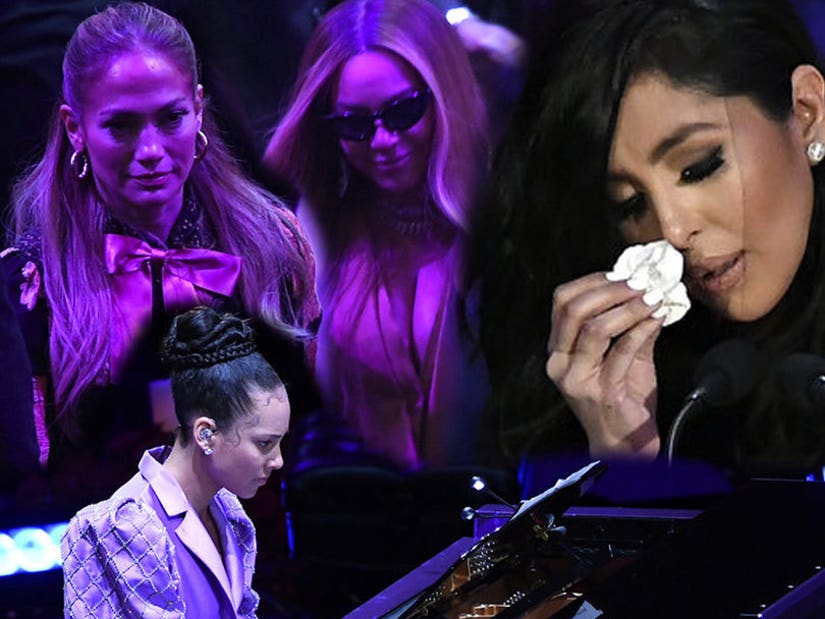