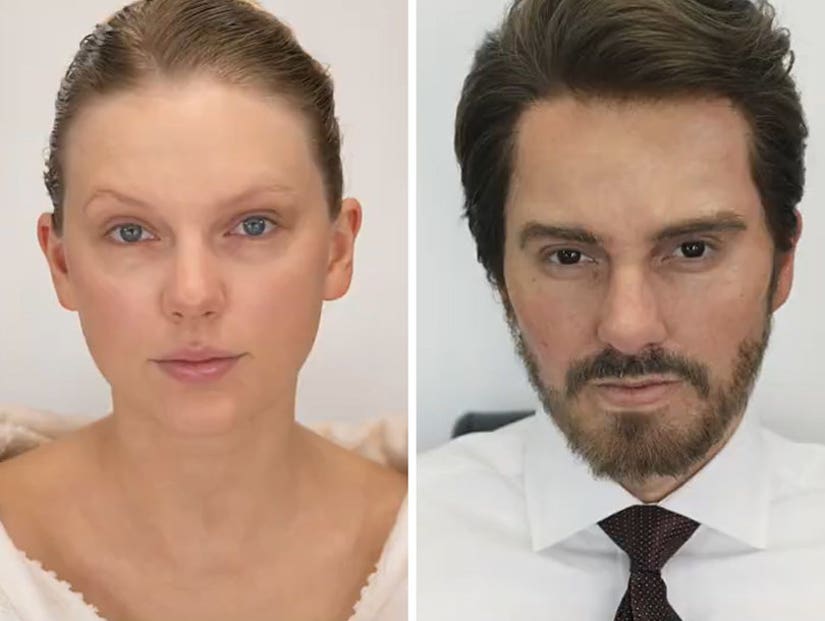 You may not see him, but The Rock also plays a big role in the video.

Taylor Swift not only sings about "The Man" in her new music video for her single, she straight up becomes him.

The singer wrote, directed and stars in the visual for her song about the double standard between men and women in the entertainment industry, while making veiled references to her very public feud with both Scooter Braun and Scott Borchetta, after Braun purchased Swift's masters from Botchetta's Big Machine.

Calling out her Scooter-Scott drama, one scene sees "Tyler" standing in front of a wall covered in graffiti listing the names of Taylor's albums. One sign on the wall reads "Missing: If Found Return to Taylor Swift," while another has the image of a scooter with a red line through it.

No Scooters, get it? 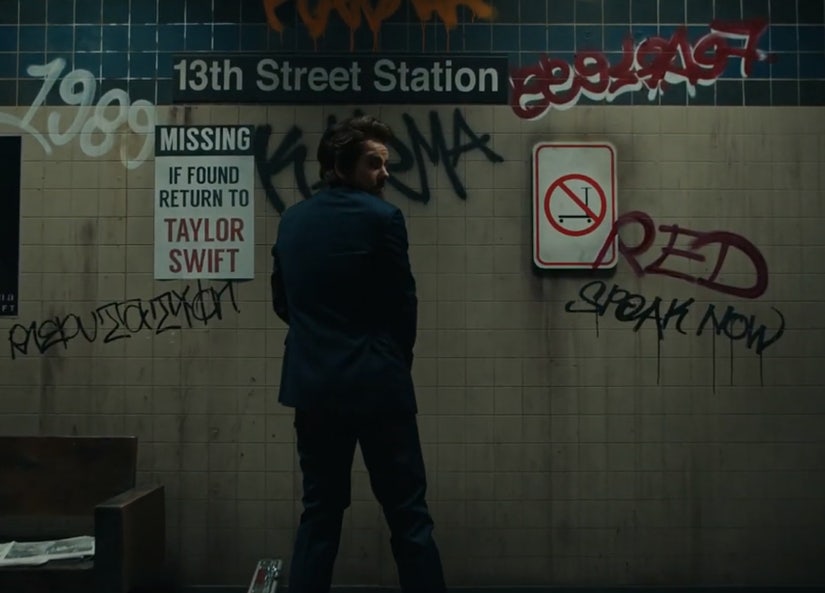 The video ends with Tyler shooting a music video of his own, directed by Taylor, who gives him the one piece of advice women are sick of hearing: "Could you try to be sexier, maybe more likable this time?"

We briefly hear Tyler's voice, which was provided by Dwayne "The Rock" Johnson.