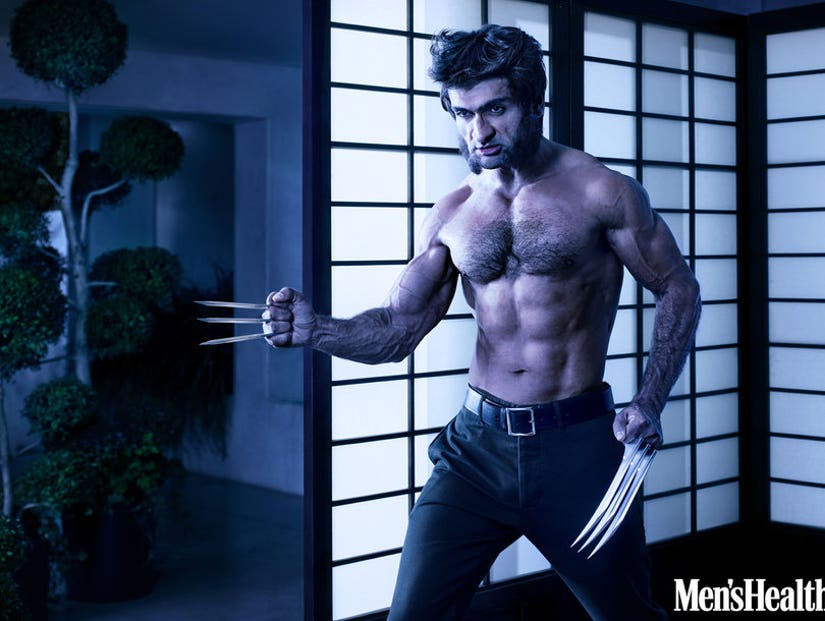 "These muscles are useless. They're decorative."

Kumail Nanjiani debuted his physical transformation to play a Marvel superhero in "The Eternals" in December and while he's been very open about how difficult his body was to attain, he's having a little fun with it too.

In the new issue of Men's Health, the actor showed off his buff physique yet again, this time in a series of amazing photos inspired by a few macho men in pop culture. 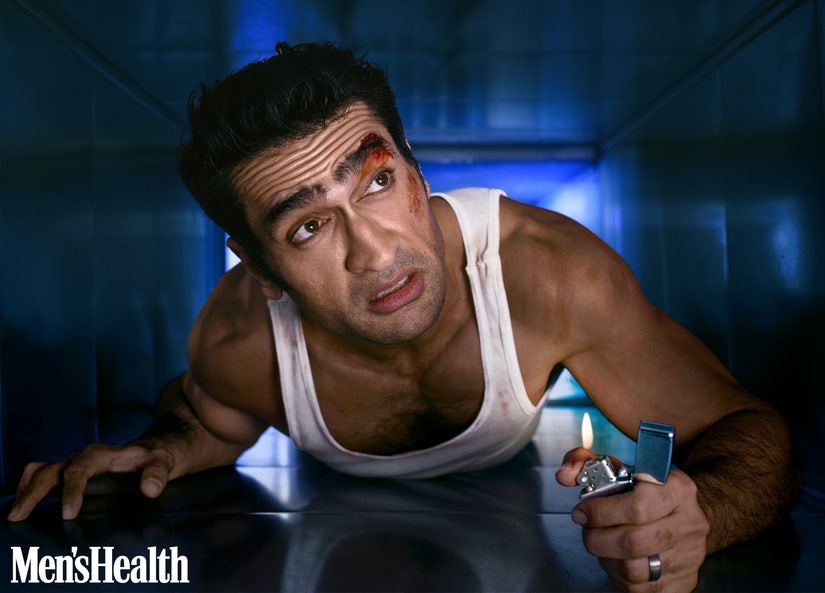 For the shoot, Nanjiani transformed into Hugh Jackman's "The Wolverine," Bruce Willis in "Die Hard," Tom Cruise during the infamous volleyball scene of "Top Gun" and Christian Bale's Patrick Bateman from "American Psycho."

In the accompanying profile, Nanjiani reveals he has turned down supporting roles in previous comic book movies, noting he didn't want to be pigeonholed as a sidekick. "I was like, 'I don't want to be just part of a Marvel movie; I want to be a Marvel superhero.'"

In "The Eternals," he'll play an ancient being who's moonlighting as a Bollywood star in the current day. His fitness goals came from emulating Bollywood actor Hrithik Roshan, whose photos he showed to his trainer. 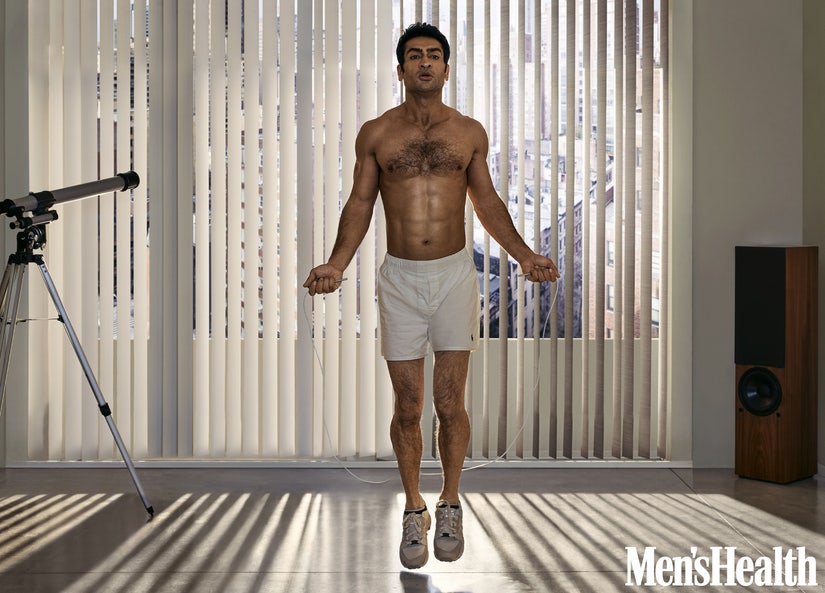 The workouts were extreme, with Marvel providing some of the best trainers and nutritionists in the business to whip him into shape. At one point, he revealed, he got electric shocks on his biceps to help build even more muscle.

"I don't want to discount people who genuinely have debilitating body issues," he told the magazine. "I don't have that. But I did start getting some body dysmorphia. I'd look in the mirror and I'd see my abs—and when I looked again, they would fade. I would just see the flaws."

After he went public with his transformation with a series of shirtless photos at the end of 2019, the reaction from fans helped put his mind at ease. 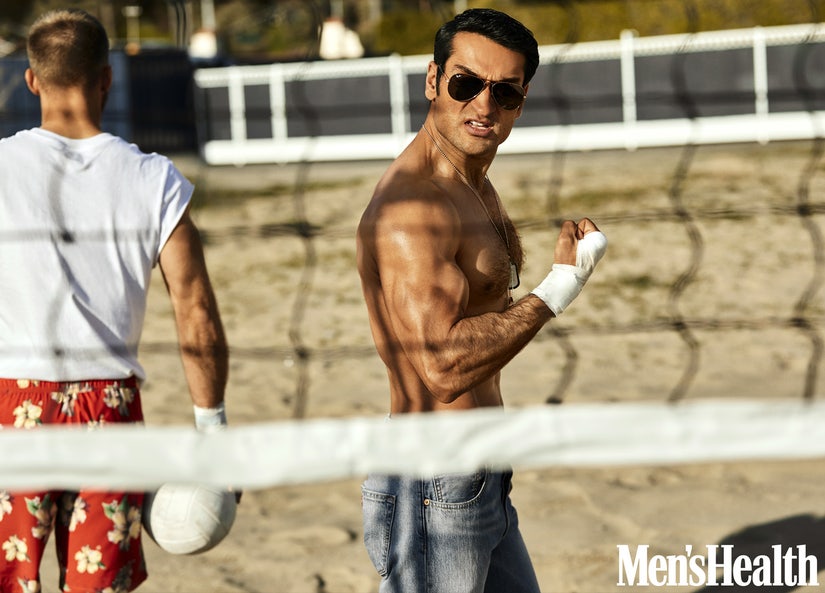 "When I saw that reaction was when I was like, 'Okay, I clearly don't see what's actually there,'" he said. "It's something that I'm trying to be aware of and be better at, because that's not a good way to be. You want to be easy on yourself."

Joking that his muscles are "useless" and "decorative," Nanjiani said he doesn't feel intimidating "at all" after getting shredded. With "Eternals" done filming, he's currently trying to figure out what's next for his physique, saying, "it could very easily go back to how things were. And I can't do that." 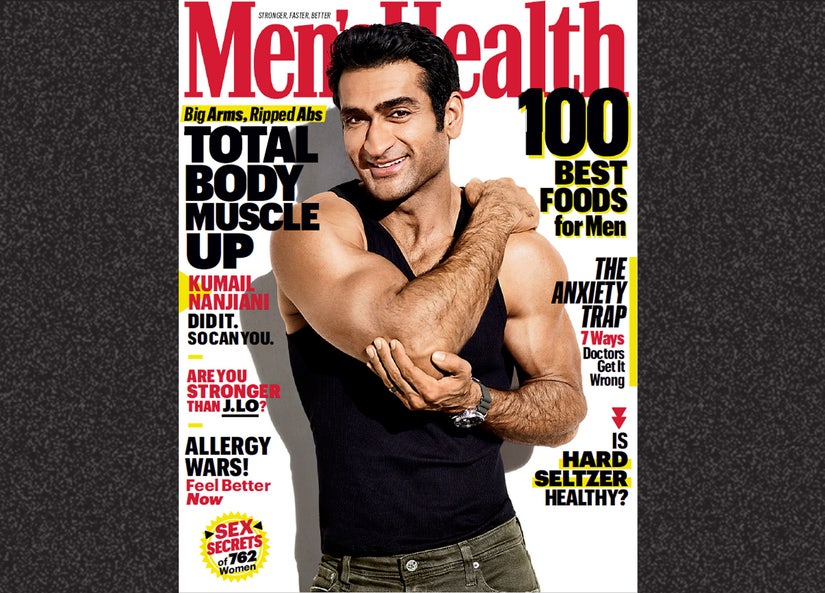 Alyssa Milano Pulls Out Her Hair, Says It's Due to COVID-19