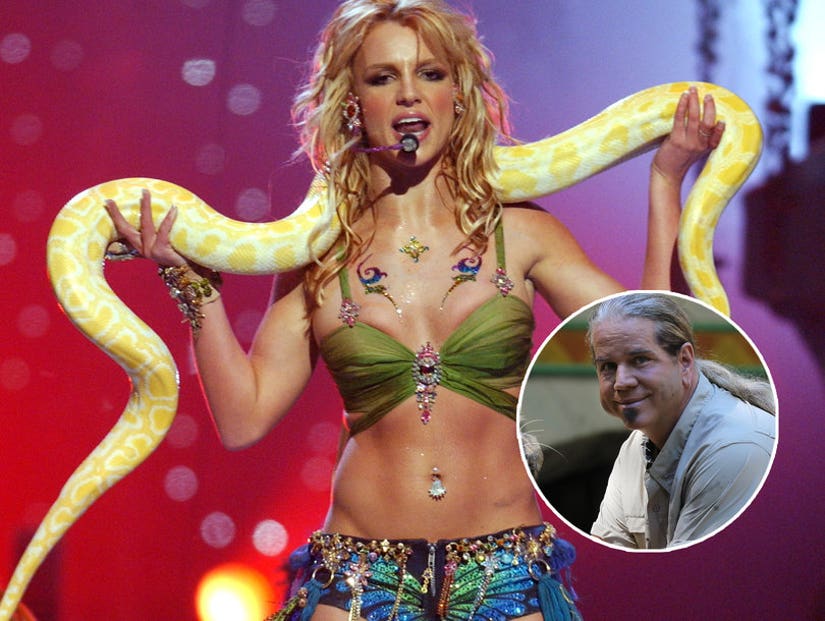 She also may or may not have sat next to Carole Baskin once at the VMAs.

Before he was in the news for his part in the Netflix documentary "Tiger King," subject Bhagavan "Doc" Antle was a key player in another pop culture milestone: Britney Spears' 2001 performance at the MTV Video Music Awards.

Over the weekend, writer Evan Ross Katz drew attention to some old photos from the event, where Antle can be seen behind Spears wrangling a tiger as she performed "I'm a Slave 4 U." Both the tiger and the snake she infamously danced with were on loan from the founder and director of the Institute for Greatly Endangered and Rare Species wildlife preserve.

In a 2015 interview with Rolling Stone, Antle recalled being part of the performance.

"She had to climb into a cage and dance with a big adult tiger," he said. "We're in there, spinning around, 10,00 people were screaming and dancing and the tiger's just Mr. Cool. We had a big snake come down and dance on her shoulders."

Another photo from the 2003 VMAs shows Spears sitting next to a woman some say resemble fellow "Tiger King" subject Carole Baskin, though it was later confirmed it's not her. 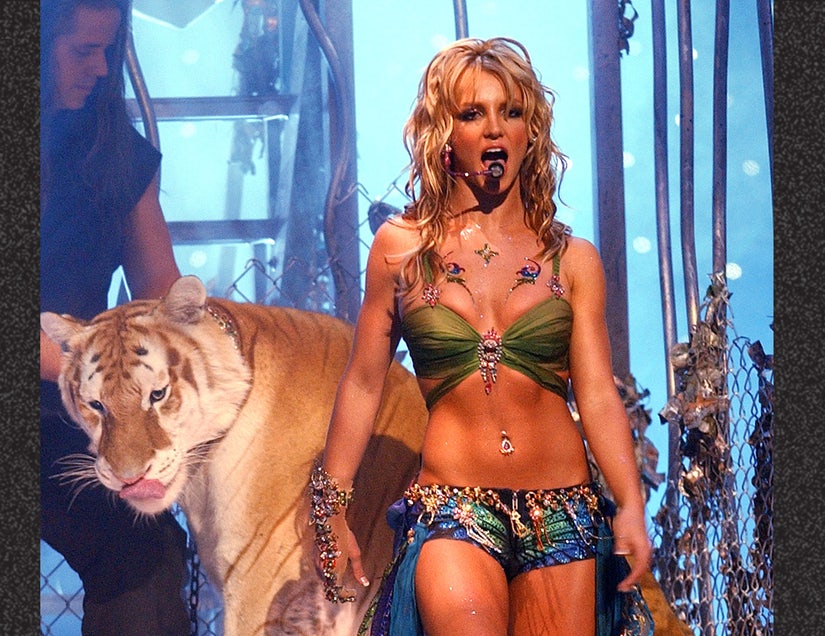 Since the Netflix doc dropped, Antle has spoken out against how he's been portrayed in the series, which paints him as a bit of a cult leader with multiple wives and girlfriends.

"I do not have a harem," he said in a recent interview with Oxygen. "I'm what they call 'OFG' these days: old, fat and grey. I embrace that character and I am not chasing down women. Twenty years ago I was more of a dashing fellow but even then I was ultra conservative."

He said he has zero wives and has been single since the death of his wife.

"I am absolutely not married nor have I been since my wife died over 20 years ago now," he added. "I'm not married and I certainly don't have wives. I certainly am a single guy and I live in a house by myself."

"Sure I've had girlfriends and there's girls I have had relationships with that have come and gone over the decades," he continued, saying many of the women in the docu-series are girlfriends of his son and grandchildren.

He also expressed disappointment in a since-deleted Instagram post calling "Tiger King" a piece of "sensationalized entertainment with paid participants" and saying he believes he was only included "because Doc Antle has been such a high profile wildlife personality for so many decades that his association would create more buzz."

Barbara Fisher, the former employee and ex-girlfriend who was interviewed on camera about her time with Antle in the doc retweeted his response and added, "Translation: I'm sad someone saw through my bullshit, so I'm going to pretend it was because I was so very famous BEFORE the Netflix show."