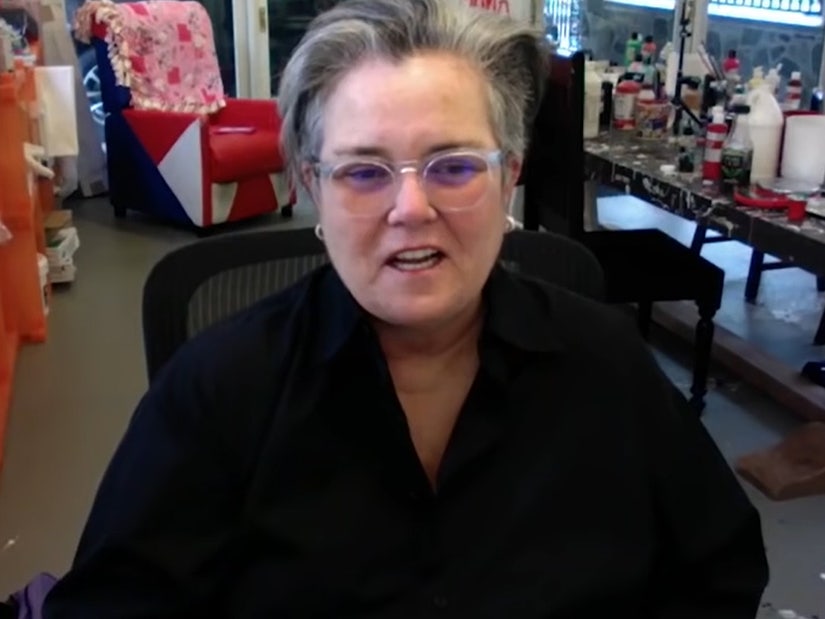 She also accuses Bill Cosby of making one of her producers cry.

Rosie O'Donnell revealed some '90s intel from behind the scenes of her eponymous talk show during an appearance on "Watch What Happens Live" on Sunday night.

While guesting alongside Billy Eichner, host Andy Cohen asked her whether she had a "Do Not Ask Back" list for her show, which ran from 1996-2002. Not only did she reveal that she did, but she also named names.

O'Donnell said there was "about 5" people on the list, saying they were some "pretty big" names.

As for why they were banned from the show, Rosie explained, "Sometimes it was just excessive drug use that was evident. Like cocaine on the side [of the nose] and they weren't able to focus."

"One guy, Leif Garrett, came with a fresh wound from a pipe that he used for crack," she then claimed. "He sort of gnawed it out. So when I met him in the green room, he had a normal face and he came out a few minutes later and he had a huge red welt of burn from being in the green room those 20 minutes I didn't see him. People who are that messed up shouldn't be on TV."

Garrett was a guest on her show back in 1999, right after his infamous episode of "Behind the Music" aired. On the VH1 special, he was confronted by Roland Winkler, a friend who was left paralyzed 20 years earlier after Garrett -- drunk and high on quaaludes -- crashed his car.

In his 2019 memoir, "Idol Truth," Garrett admitted he was "'still struggling with my drug use" at the time the show aired. Two months after his "Rosie" appearance, he was arrested for trying to buy heroin and cocaine from undercover cops in Los Angeles. He was arrested again in 2004, 2006 and 2010, all on drug charges, but is reportedly sober now. A rep for Garrett wasn't immediately available for comment.

O'Donnell also claimed Bill Cosby was problematic backstage as well, when Cohen asked whether she had any insight into his behavior before he was accused and convicted of sexual assault.

"I'm gonna tell you this story about what happened to a staff member on our show," began Rosie. "Very tall, like 6 foot tall, larger woman, very great producer. She was assigned to do his Mystery Guest, he was our mystery guest. Newsflash, I knew who the mystery guest was every time. I just was acting along with it. I am not good at surprises and I felt like I could act it better than do it for real. So I knew who it was."

She claimed the producer went in and told him Rosie wouldn't know he was the guest. Rosie said he then told the producer, "All [O'Donnell] has to do is put her hand right here' and he put his hand near his penis and she'll know it's me.'"

"She started to cry and got up and left," Rosie continued, saying a male producer then had to come in and talk to Cosby about what was and wasn't "appropriate" behavior.

"I was one of those people who was not surprised by the charges against him," she added. She also claimed that when she was a cohost on "The View," the panel "would not discuss it." She added, "Every time I tried to bring it up, it became a little fight."

In a statement to TooFab, Cosby's rep says, "Here’s the multi-million dollar question: Why Now? The Rosie O’Donnell Show first episode aired in 1996 and the show ended in 2002 but now she waits (24) years later to accuse Mr. Cosby of making lewd comments to a female producer. This is just another attempt for a well-known celebrity like Rosie O’Donnell and many others to create false allegations about Mr. Cosby, in-order to gain attention for themselves and their new projects that are not doing well."

"Remember, on March 23, 2020 Ms. O’Donnell tried reviving The Rosie O'Donnell Show for one night only and her efforts were catastrophic," the statement continued. "Perhaps, if the media did a thorough investigation of Mr. Cosby's accusers as they have done of Tara Reade (VP Joe Biden’s accuser) — Mr. Cosby would not be in prison today."

Cosby was convicted on three counts of sexual assault in 2018 and is currently serving a 3-to-10-year prison sentence.