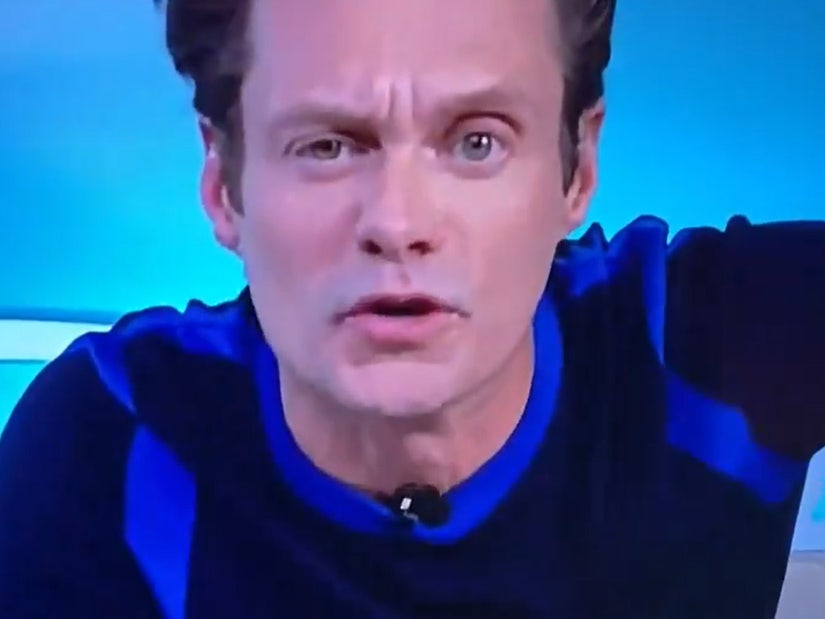 No, Ryan Seacrest did not have a stroke, so says his rep.

The TV host's rep issued a statement on Monday after "American Idol" viewers were concerned about his appearance and speech during Sunday's season finale. The concern was only intensified after Seacrest wasn't on "Live with Kelly and Ryan" this morning, with Kelly Ripa's husband Mark Consuelos stepping in as substitute.

"Ryan did not have any kind of stroke last night. Like many people right now, Ryan is adjusting to the new normal and finding work-home balance, with the added stress of having to put on live shows from home," said his publicist, via PEOPLE.

"Between 'Live with Kelly and Ryan,' 'American Idol,' 'On Air with Ryan Seacrest,' and the 'Disney Family Singalong' specials, he has been juggling three-four on-air jobs over the last few weeks and he's in need of rest," the statement continued. "So today he took a well-deserved day off."

One clip in particular from Sunday's finale blew up on Twitter, as one of his eyes appeared larger than the other and his speech was slightly slurred.

Is @RyanSeacrest okay? Not making light of this. He went from normal to his speech being off and his eye shutting halfway. #ryanseacrest #AmericanIdol pic.twitter.com/9LCKTLjxpe

98% sure ryan seacrest had a stroke on live TV last night. he’s not on live with kelly this morning, either, which is...concerning pic.twitter.com/3j9R2bMbfm

So like... I’m not a doctor and I don’t play one on TV but did Ryan Seacrest have a stroke on national TV tonight? #AmericanIdol #AnericanIdolFinale pic.twitter.com/SuuOMlv0yS

Watching #AmericanIdol finale and I think Ryan Seacrest just had a stroke. No kidding.

Seacrest is expected back on "Live with Kelly and Ryan" this week.