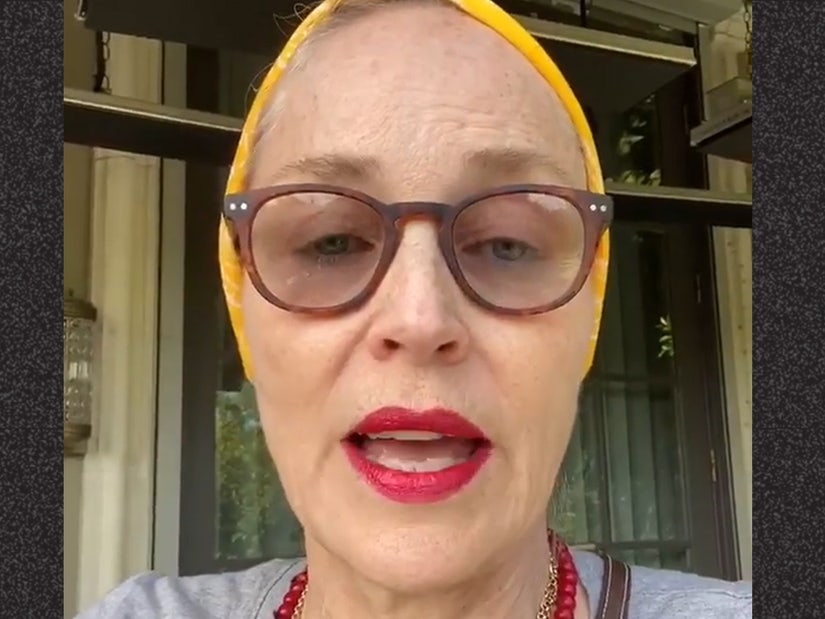 "Don't be overreactive this will come and go like all things do."

Among the posts Sharon Stone shared in support of the Black Lives Matter movement, the actress also made a bizarre video about creating a safe room.

On Monday, the 62-year-old took to Instagram to share the instructional while also, quite ironically, urging her fans not to be "overreactive".

"Hello people. Okay, so we're in the middle of a riot," Stone began in the clip. "And if you are anywhere where you feel unsafe in your home, this is what I want you to do. We're going to make a safe room for you. Probably the safest bet that you have might be your bathroom because you have maybe the least windows or you're the most tucked in there. And if that's the case, the least windows and the place that you could lock yourself in the most."

Stone also suggested boarding up windows in your safe room if you are able to.

"If you're in a rioting area or an area that is locking down because they fear for rioting. So this is what you do," she explained. "You make a safe place for yourself. Don't panic. And if you think you're going to panic, take any panic medications or anything that you would like to have in there and just have that place prepared for you or you and your family. Okay. All right."

"And stay safe," she concluded. "Don't be overreactive this will come and go like all things do. Okay. Alright."

She also shared the video below just prior to her instructional.

Stone's post comes amid the ongoing protests across the country over the killing of George Floyd, a 46-year-old Black man who died after a white police officer kneeled on his neck for several minutes in Minneapolis, Minnesota.