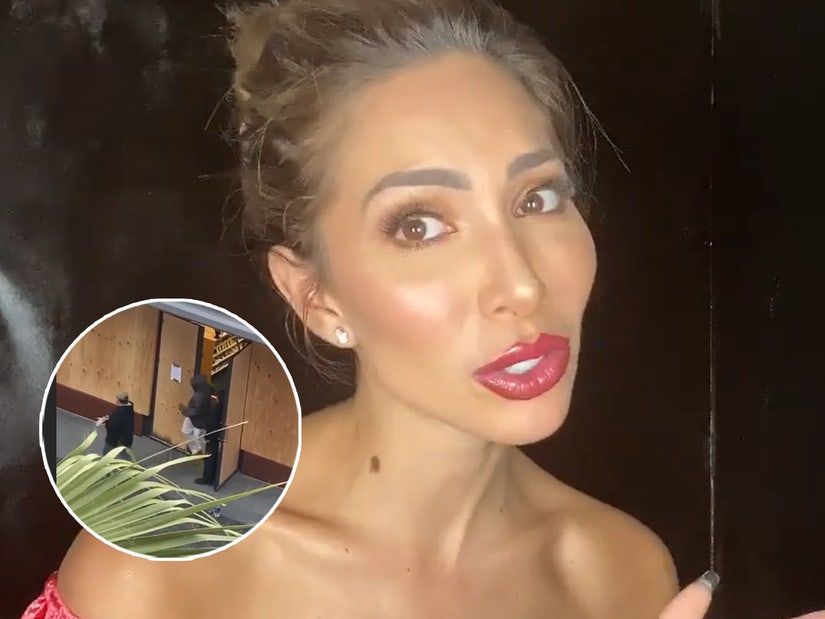 "I'm blessed there’s people like me on this earth."

Farrah Abraham patted herself on the back for helping to "put over 20 people in jail".

Taking to her Instagram account on Monday night, the adult film actress and former "Teen Mom" star posted a video of people outside a CVS store as she can be heard yelling from a building across the street above the Hollywood Walk of Fame.

"Stop stealing from CVS!" the 29-year-old screamed. "It's caught on camera. Get out of CVS now!"

The camera followed a few men who appear to be leaving the store as she continued yelling, "This is another guy -- looting. Get out of CVS you criminal! Get out of CVS. This guy in the army uniform is literally with them. Get out of CVS!"

In her caption, the "Farrah Superstar: Backdoor Teen Mom" vet wrote, "I'm thankful I use my voice for justice, I call police, I record and turn into police 🚔 & with over 20 people in jail & 3 cars turned in I'm blessed there's people like me on this earth who care for store owners, working people!"

"Safety! In one nation with liberty and justice for all! Lives matter, so stop turning death into stealing, criminal distractions and start caring for your life & others who wrongfully die each day!" she continued.

Looters have taken advantage of peaceful protests across the country over the death of George Floyd, a 46-year-old Black man, who was killed by a white police officer in Minneapolis, Minnesota on Monday.