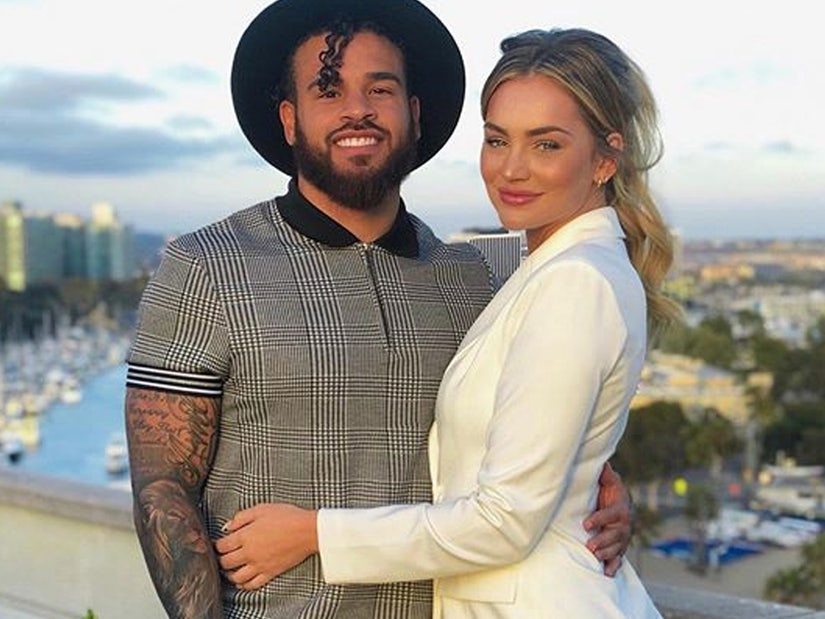 Cory says the situation could have been a teachable moment on the show, but "it is what it is."

While "Teen Mom OG" star Cory Wharton's girlfriend Taylor Selfridge was fired by MTV this week for racist comments she made in the past, don't expect him to follow her out the door.

On Tuesday night, the network axed the couple's "Teen Mom OG At Home: Cory & Taylor's Baby Special" from airing before announcing they would be "ending our relationship" with Selfridge going forward. MTV also condemned her "past racist statements on social media" and said they stand "with those raising their voices against injustice" in their statement.

Taylor, however, made it seem like it was her decision to step away from reality TV. Either way, Selfridge -- who appeared on "Teen Mom OG," "Are You the One?" and "Ex on the Beach" -- won't be back on MTV. Wharton, however, will.

"I have not parted ways with MTV. That needs to be understood," he said in a statement to PEOPLE. "I've learned that burning bridges is never the solution. Even though I have no ill-will against MTV, I am disappointed and saddened by their decision. As all of you know, narrative is a very powerful tool. I feel like the narrative that you want about me should be accurate. It should be true, and it should be from me. This is why I am putting all of my time, energy and effort into my YouTube channel - The Wharton Family. That's where you’ll get an inside look at my family as we build our life together."

Admitting he can't control MTV's decision, he said he and his family will share some of their personal footage to YouTube next week. "I hope you guys see my growth through this response, and I'm excited to say all hope isn’t lost," he added.

On Wednesday night, he also went to Instagram Live to speak more about Taylor, getting emotional as he spoke.

"Taylor is strong and she’s pulling through and I’m super proud of her," he told his followers. "I feel like she's apologized for this many times on the network and she's probably going to have to continue to apologize."

Adding that he knows her better than anyone else, he said it's "hard" and "tough" to see how she's being portrayed in the public eye. "I just feel so strongly about this and I'm really trying to watch what I say because there's a lot that’s going on right now," he added. "It's just, it's tough."

"If you want to go down this route, I just hope they hold everybody accountable," he added. "I think we could have had a moment there where it would have been good to show people can change and have these discussions. But it is what it is. I'm a little hurt but it is what it is."

Below is a sampling of Selfridge's racist tweets from the last time they were resurfaced, back in February 2019. The post has comments from fans back then saying that MTV should fire her.

Selfridge did address and apologize for her past tweets, dating back to 2012, during Season 8 of "Teen Mom OG." During a conversation with Wharton's ex, Cheyenne Floyd, she acknowledged that she was coming from a place of immaturity at the time.

"I wasn't thinking it was anything negative. I thought 'Oh, this is funny' or something like that, but it's not," she said. "I just had to grow up, honestly. I had to experience other places."

In an awkwardly cropped statement on her Instagram page, Selfridge called out reality television for "being selective in who they apply rules to or what is considered acceptable behavior."

She emphasized that she had previously apologized on the air, writing, "I have addressed my mistakes many times on the network and I would like to move on and continue to be the best version of myself."

"My past does not define who I am today and I hope you guys can see the change," she continued. "Please respect my decision to provide a normal, healthy life for my family [final words provided by People]". She also apologized again to anyone she has offended or hurt in the past.

According to Selfridge, she had already made the decision last week that she and Cory would not be returning for the upcoming season of "Teen Mom OG," but added, "I don't believe the reality tv lifestyle benefits me any further at this point in my life."