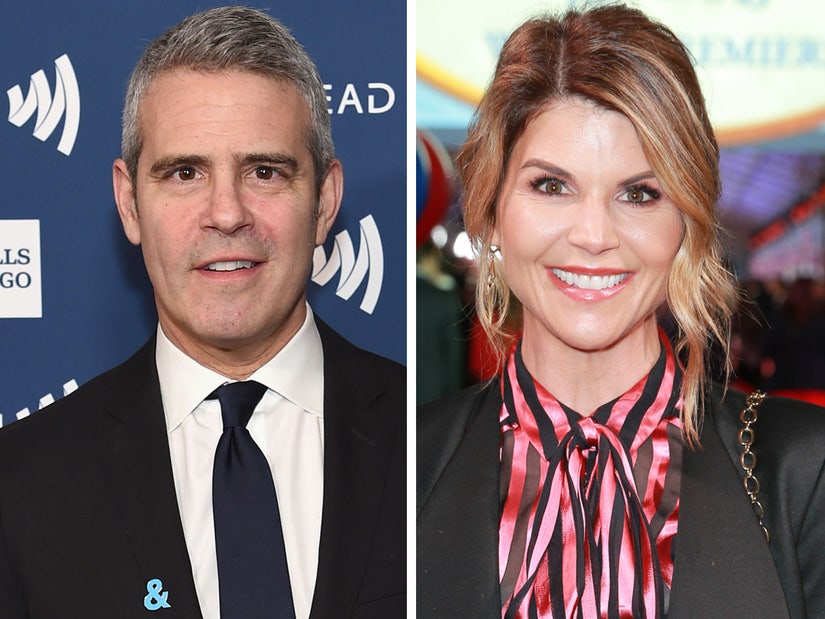 "Lori Loughlin is a very nice person. She's going to have quite a story to tell."

On Thursday's episode of Sirius XM's Radio Andy, the "WWHL" host and "Housewives" producer, 52, set the record straight on the rumors that he's trying to get Loughlin to join the show.

"There is a whole narrative, apparently, that I am pursuing Lori Loughlin for 'The Real Housewives of Beverly Hills.' And the first I heard about that was Twitter," Cohen said. "But it's not true."

"Lori Loughlin is a very nice person," he continued. "She's going to have quite a story to tell. And she's always been lovely. So, anyway, that is not true."

Last month, "RHOBH" star Lisa Rinna took a swipe at Loughlin and the college admissions scandal on an episode of the Bravo series.

During the episode, Rinna met with daughter Amelia Gray Hamlin to talk about her future, after Amelia returned from her very brief move to New York City for college.

With her decision to move back to California, she expressed interest in going to USC instead, as Rinna asked her daughter what she's done to prepare. "I have all my math requirements to get into USC," said Amelia, "So if I get in, I won't have to take another math class."

"Good, because I'm not going to put you on a rowing machine and take a picture of you," cracked Rinna. The joke was clearly a reference to Loughlin and husband Mossimo Giannulli, who are accused of paying $500,000 to get their daughters -- Olivia Jade, 20, and Isabella Rose, 21, -- recruited to the college's crew team -- despite their complete lack of experience -- and staging photos of them on rowing machines.

"That was the wrong thing to say," Amelia told her mom. "I'm trying to get into USC here. Let's not."

"I'm joking, I would never ever do that!" exclaimed Rinna.

A few weeks after the episode aired, Loughlin and Giannulli changed their plea of not guilty and each agreed to plead guilty to conspiracy to commit wire and mail fraud.

The actress, 55, will likely serve two months in prison and two years probation. She also agreed to pay a $150,000 fine and 250 hours of community service.

Giannulli, however, agreed to five months in prison, will pay a $250,000 fine and has to perform 250 hours of community service.