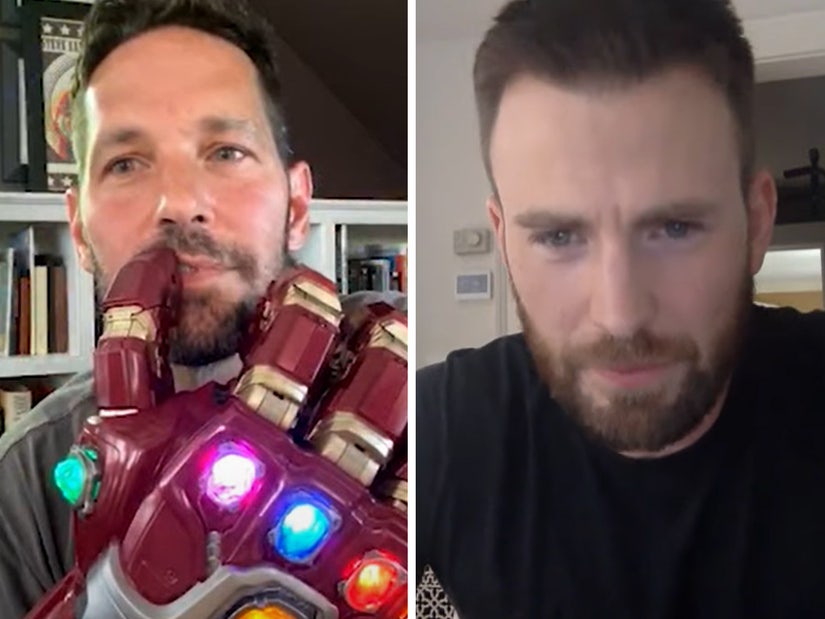 "It's even bigger than my paycheck," Rudd quipped. "Put in your own Ant-Man joke there."

Avengers assemble -- Captain America and Ant-Man are back together again.

During a virtual chat for Variety's "Actors on Actors," Chris Evans and Paul Rudd, who have starred in two Marvel films together, opened up about their time as superheroes, transitioning into television and even (ahem) size. And to no surprise, the interview was absolutely hilarious. 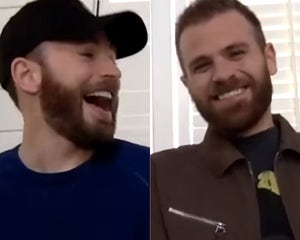 Chris and Scott Evans Take 'Bro' Couples Challenge -- How Well Do They Know Each Other?

After the two discussed their critically-acclaimed TV roles in "Defending Jacob" (Evans) and "Living With Yourself" (Rudd), Evans, 39, asked his former co-star why he doesn't age.

"Are you drinking baby blood?" he joked, to which Rudd, 55, replied, "I most certainly age, especially these days."

Evans then followed up with another question.

"In terms of Hollywood, you are a part of Marvel, you're a part of 'Friends' and you're in the [Judd] Apatow crew," the actor told Rudd. "Those are three real clubby, cliquey, benchmark-y things. I can't think of anybody else that has such a kind of wide-spread affiliation with so many different genres and groups."

"Basically, what does it feel like to be awesome?" Evans asked before rephrasing his question, "Which one are you most proud of? And just remember who is in the room."

"They do seem like kind of pockets and chapters in life," Rudd replied with a laugh. "Something like 'Friends,' the show was about them, but it’s an interesting thing to be a part of. I was only in it for just a blip. I felt, 'I'm like a prop on this show. It's not about Mike Hannigan.' But there's a very interesting feeling to be a part of something that has that kind of profound impact on pop culture."

"Even in the 'Avengers' world, it was kind of like welcoming you into the fold, but very quickly," Evans replied. "I can't imagine you not gelling with the group. You're like sorbet, just a palate cleanser. It's an always welcome addition."

The two went on to talk about the first time they met on the set of "Captain America: Civil War." Rudd admitted he was nervous working with Evans and the Marvel cast.

"And there was a real kind of nervousness about Scott Lang, and I just really kind of played into that because that was part of what I was feeling anyway. I'd look around and think, 'Whoa, there’s Chris Evans and there’s Sebastian Stan, and wow -- and there's the suits!' Do you remember there was like a little makeshift locker room? We're all kind of changing into things, and I saw the suits on the racks. It felt like being in a locker room of a Super Bowl-winning football team."

Evans then recalled a hilarious story from that same day when he and the cast -- including Anthony Mackie, Scarlett Johansson, Jeremy Renner, Sebastian Stan and Rudd -- recorded a dance video to "We Go Together" from "Grease."

"I don't know if you remember this," Evans told Rudd. "On that day, it was literally the day I met you, [Anthony] Mackie and I and Scarlett [Johansson] got in our head that we were going to shoot --  this is so hilarious -- a little video just for the Marvel gang, like a little culmination, like a yearbook video, set to that song from 'Grease.' 'We go together, like rama lama,' whatever that song is." 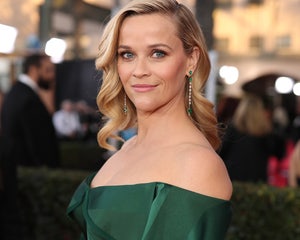 "We were just going to go around, take little clips of videos of people dancing and cut it all together. The first day I was like, 'All right, I’ll start collecting some of this footage.' I have the footage," Evans continued. "I was like, 'Hi, nice to meet you. You don't know me, but can I get this?' It was you, Mackie, I think [Jeremy] Renner, Sebastian, and I just said, 'Look, everyone, just dance for 30 seconds,' and you did it. You were a great sport. You willingly danced with little explanation from me, and then I never completed the video. I just abandoned it. But I got that footage of our first day of meeting of you dancing."

Later in the interview, Evans, who starred as Captain America in 10 Marvel movies, asked Rudd to address the rumors of an "Ant-Man 3."

"There is a third, right? Are there plans on shooting anytime soon?" Evans asked Rudd, who replied, "'I'm not going to be able to say anything, Chris. You know the world."

Evans then prodded, "I might as well ask you what your paychecks are. I don't know. Paul, what’s your penis size?"

"It's even bigger than my paycheck," Rudd quipped. "Put in your own Ant-Man joke there." 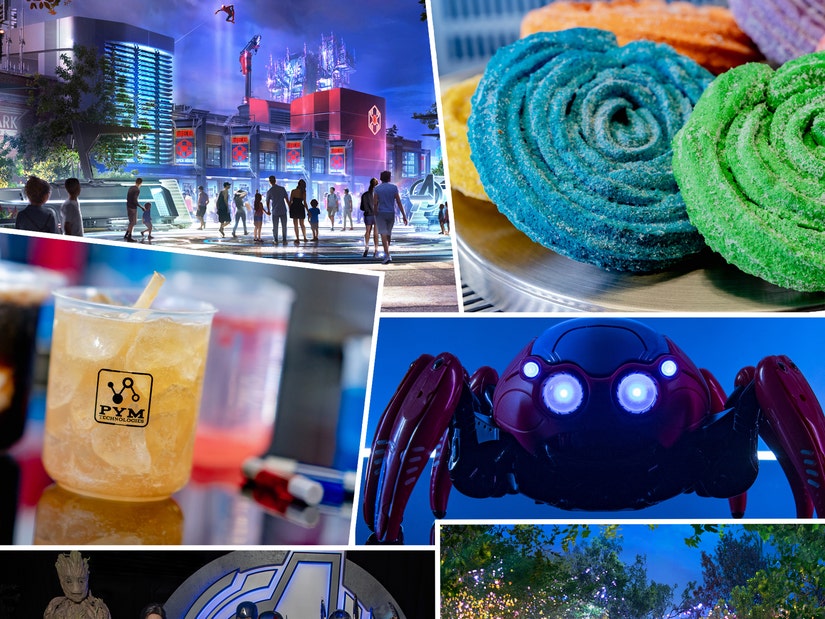