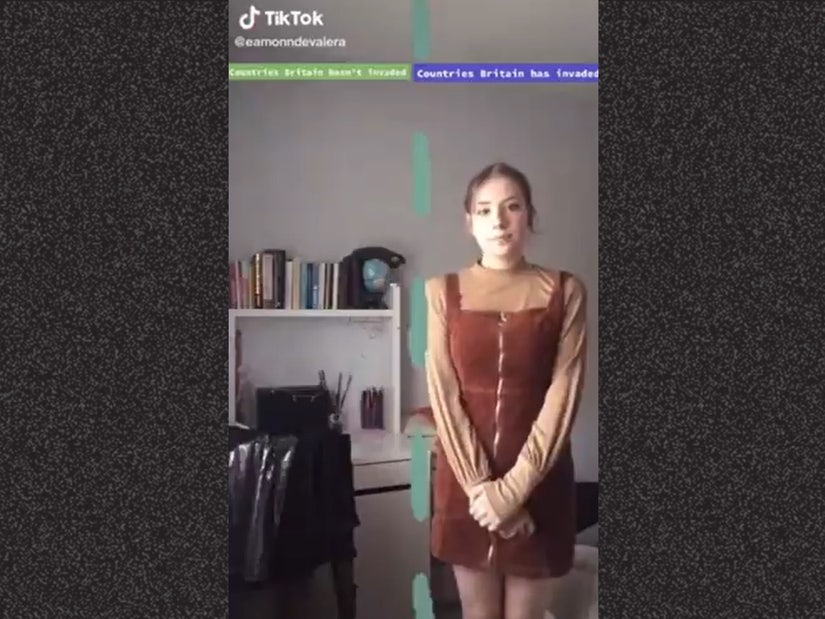 It doesn't make much of an exercise video — but it's pretty damn funny.

A 16-year-old girl from Ireland has gone viral with her hilarious take on the British Empire's habit of permanently visiting other countries.

Set to the famous Animaniacs "Countries of the World" song, Emma's 58-second TikTok video sees her jump whenever a country Britain hasn't invaded is mentioned... and she doesn't move very much in the video at all.

As legend has it, only 22 lucky countries have ever managed to avoid hosting His or Her Majesty (indeed Emma only budges for Guatemala, Bolivia, Sweden, Paraguay and Luxembourg in the minute-long recital). 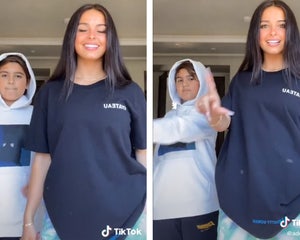 The video was shared by Irish writer Roisin Lanigan, who suggested: "replace the entire British curriculum with this TikTok" — and it quickly racked up more than 6.2million views in a single day, even getting a retweet by Taika Waititi.

After the clip's viral spread, Lanigan revealed the teen works at a local deli counter in west Cork, AKA the Rebel County in Ireland, a county that has had its fair share of troubles with its manspreading neighbor.

replace the entire British curriculum with this TikTok pic.twitter.com/z9xgKwUm5B

She shared a sweet message she received from the teenager (who goes by the TikTok handle @Eamonndevalera, a take on the former Irish President and Rebel leader), thanking her for her newfound viral fame.

"You posting my tik tok to twitter has been the funniest thing to ever happen to me," Emma wrote.

"I'm a sixteen year old culchie from west Cork who made this as a complete pisstake, and now it has 2 million views (as of writing this). Everyone I know has been sending me it all day, and quite frankly I've been creasing at every single message."

"Thank you for tweeting the video, it really made my week. I would also like to tell you, you are now legally liable for the big head I've gained from this, and when my 15 minutes of fame is over, and my ego begins to deflate, you'll be hearing from my lawyers. (jk I work at the deli in Centra and cannot afford a lawyer.)"

She concluded: "Thanks for the clout." 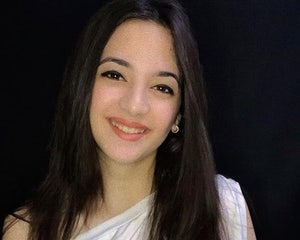