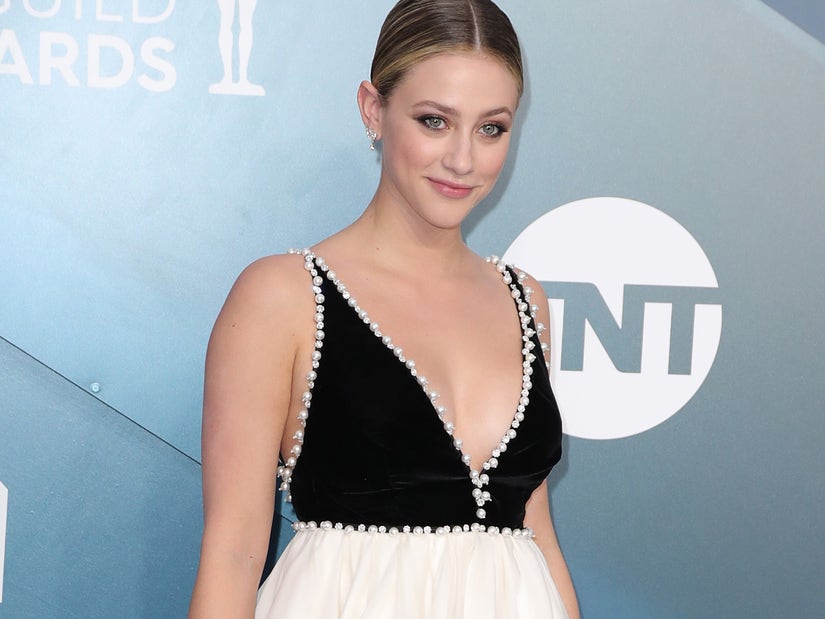 "Now that my sideboob has gotten your attention," the "Riverdale" star kicked off a topless Instagram post demanding justice for Breonna Taylor.

Advertisers have been saying for years that sex sells. That's why they seemingly use lascivious images to try and sell us everything from cars to food to prescription medications. But there are limits, as Lili Reinhart found out the wrong way.

The "Riverdale" star conceivably had only the best of intentions when she tried to raise awareness about and demand justice after the shooting death of Breonna Taylor in her bed by police officers serving a no-knock warrant.

It is an important cause and a worthy statement to make, but most quickly agreed that Reinhart's "sideboob" really had no place in the discussion.

After a monumental backlash to her initial Instagram post on Monday, Reinhart quickly apologized, tweeting, "I made a mistake with my caption. It was never my intent to insult anyone and I’m truly sorry to those that were offended."

Many would argue that it wasn't just the caption, or even the entire caption, that was problematic.

Accompanying a picture of Reinhart holding her chest to her knees, thus exposing the attention-getting and aforementioned part of her body, the actress wrote in that initial post, "Now that my sideboob has gotten your attention, Breonna Taylor's murderers have not been arrested. Demand justice."

I’ve tried very hard to be honest on my IGTV lives that I’m still learning and trying to be better.
But I understand that my caption came off as tone deaf. I truly had good intentions and did not think it through that it could come off as insensitive.

Later acknowledging that her caption came off as "tone deaf," Reinhart insisted, "I had good intentions," but admits she "did not think it through that it could come off as insensitive."

In fact, while Reinhart thought the provocative imagery might give her followers pause so she could then hit them with raised awareness about Taylor, many took it as exactly the opposite, exploiting the tragedy of Taylor's death as an excuse to post a provocative picture.

While Reinhart has subsequently deleted her original post, the internet does not forget, and there are plenty of screen captures and copies of it circulating around.

But as many people as are lashing out at the young star for her "tone deaf" attempt to raise awareness, she has plenty of supporters. They might agree that this attempt missed the mark, but aren't ready to dismiss everything else Reinhart has been doing on her social media pages to amplify Black voices and be an ally to the Black Lives Matter movement.

You can check out some of the reactions to Reinhart's post and apology below:

While Lili Reinhart's caption was insensitive, she immediately realized her mistake and deleted it. She has been using her platform to amplify Black voices and is always speaking up about BLM. She doesn't deserve to be called a whore or be hated on. pic.twitter.com/r2SUosll1f

Lili Reinhart really thought she doing something..... this is sick, why do she use Breonna Taylor's name as an excuse to post her sexy pic? weird and gross. pic.twitter.com/YYieNq8bBY

and now people saying lili reinhart doesn’t care about blm like, where have you been the past month when she let black activists use her platform to spread information about blm. obviously her caption wasn’t it and she should apologize, but calling her a whore isn’t gonna help

the dumb bitch also known as lili reinhart also has 24m instagram followers. she memed breonna taylor’s death to 24m people. i want yall to think about it, digest it and then beat this twig’s ass

As a black person y'all get offended over the smallest stuff. Lili Reinhart intentions were not to belittle the blm movement it was to bring more attention to it.

lili reinhart does not care about blm or breonna taylor

the only thing that post did is get a bunch of people to talk about lili reinhart’s boobs. it was a thirst trap with a BLM caption. what are the odds that someone looks at a pic of lili’s boobs and says yas lemme demand justice! they’re gonna talk about LILI. not breonna. https://t.co/TdjuzB4Mut

Lili Reinhart's caption wasn't the way to go about things but she clearly cares about BLM. She's been amplifying black voices through Insta lives this whole time.

but canceling her for making a mistake after she has used her platform to voice black activists to educate herself, fans, and many others is horrible. lili reinhart is just like us. wanting to learn more about blm and also making mistakes which she will learn from.