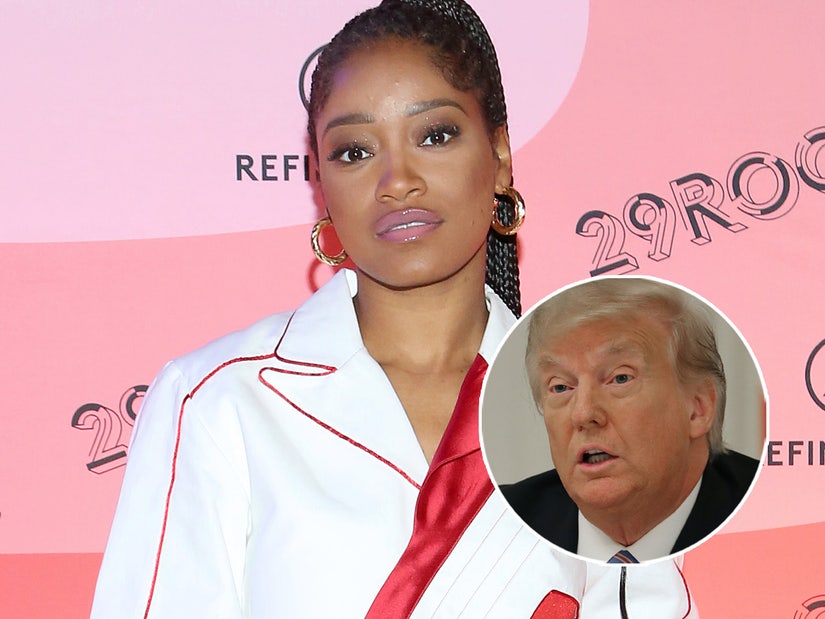 "His craziness is inspiring us to just really get him the f--k out!"

Keke Palmer said the President of the United States is "inciting a race war."

During an interview with Cosmopolitan, the star opened up about how she feels Donald Trump is dividing the nation amid protests against police brutality in the wake of George Floyd's death.

"I think President Trump plays into it too," the 26-year-old actress began. "He’s inciting a race war. His craziness is inspiring us to just really get him the f--k out!"

"It's like we needed somebody who riled us up so much for us to be activated to the point of saying, 'Oh, hell no. I can't let this guy continue. I have to do something. I have to find a way to let my voice be heard and to let people know that I’m not with this.'"

Palmer isn't new to using her voice against inequality as she participated in demonstrations after the 2014 killing of Michael Brown by police in Ferguson, Missouri.

"Of course no one wanted the coronavirus pandemic to happen, but I think quarantine allowed us to be more reflective," she explained. "Maybe before, we'd be able to gloss over it because of work. It's also been a buildup -- There have been so many names turned into hashtags, so much pain."

"It blows me away because our language has progressed," she continued. "I don't mean specifically Black people. I mean young people, millennials. Naming white supremacy, saying that out loud. When I heard 'defund the police,' I'm like, 'Oh s--t. We actually could do that." 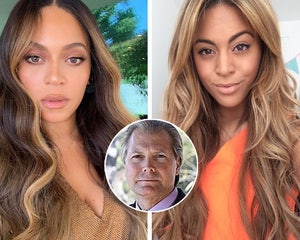 As for the recent viral video where she pleaded with a National Guard member to march with her group, Palmer said it was an extraordinary experience.

"I've never felt like that before," she explained. "If I sit and think about everything that's happened in this country, I wouldn't get out of f--king bed in the morning."

"So for us to have that moment of just helping each other heal, just standing by each other, marching and saying, 'No justice, no peace.' That's so powerful."

Palmer also said her next film project was inspired by the current climate.

"My character Alice goes from what she thought was the 1800s into the 1970s, where you have Diana Ross on the cover of magazines, where you have Pam Greer in movies kicking ass," she said. "Initially, I didn't want to do it. I wanted to focus on comedy. But this is a story where a young woman finds her power, and I liked that."