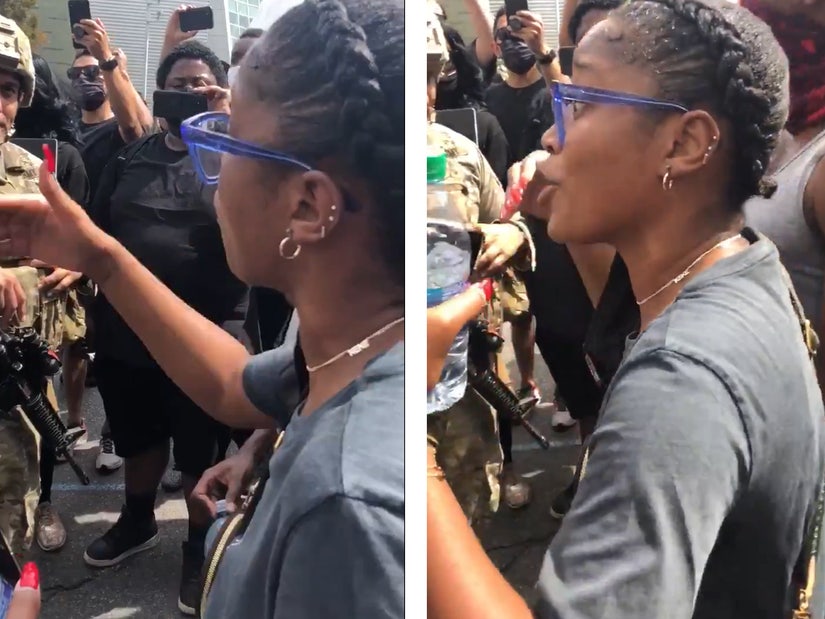 The "True Jackson VP" star is captured on video calmly and powerfully talking to armed soldiers about how the community needs them to stand with them against government oppression.

It's emerged as one of the most powerful moments of the ongoing protests against systemic racism and oppression and you won't find it on the Twitter page of the celebrity at the heart of it.

KeKe Palmer was a powerful figure for young people during her time on Nickelodeon's "True Jackson, VP" and she has continued to impress into her young adulthood, but what she did on Tuesday may emerge as one of the biggest and most impactful moments of her life.

She showed what a single voice of calm reason, rational commentary and an attempt to reach across the color divide, across the divide between protester and law enforcement (nay military enforcement) can do.

Watch all of this. pic.twitter.com/YHq0QhXrnw

And you won't find it on her Twitter or Instagram pages, which may be the most powerful statement of all.

Instead, it was NBC News correspondent Gadi Schwartz who first shared the "Hustlers" star's moving dialogue with several national guardsman where she urged them to "march with us," even if for just a little while.

Protests have been happening on a daily basis in cities around the world since the May 25 killing of George Floyd, an innocent black man, underneath the physical weight of the police in Minneapolis. 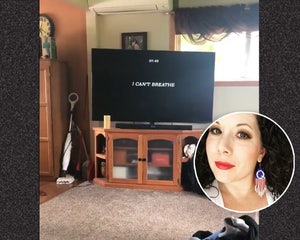 Former officer Derek Chauvin was filmed with his knee on Floyd's neck for nearly nine minutes, where Floyd pleaded for his life and repeated, "I can't breathe" until he finally fell silent and died. Still Chauvin did not move.

Charged with third-degree murder, Chauvin has been arrested. The other three officers, including two who also knelt on Floyd, have not been charged, though charges are reportedly being considered. All four were fired.

An independent autopsy determined that "asphyxiation from sustained pressure" was the cause of death. In the wake of his death, the state of Minnesota launched a civil rights investigation into the Minneapolis PD seeking to instigate widespread systemic changes. 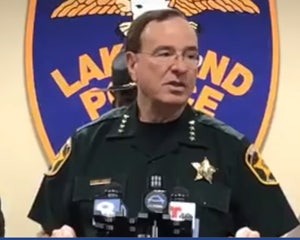 Palmer also called out the president's divisive rhetoric as a potential danger to all. "You have to pay attention to what's going on or else we have a president that's trying to incite a race war," she said.

"The borders are closed. We can't leave," she continued. "We have people here that need your help. This is when y'all stand together with the community, with society, to stop the governmental oppression. Period." 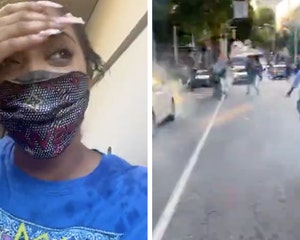 Her words were not falling on deaf ears, either, although she was ultimately unsuccessful in her attempts to get the soldiers to commit to a full march. One of them did agree that they could walk the block with her.

He explained that they were charged with maintaining order on that street corner, protecting protesters and businesses, and that all of their military supplies were on that corner.

Another protest sought compromise, asking the solders to instead kneel with the protesters, and this the soldier and his fellow guardsmen were willing to do. Palmer could be heard in the background saying, "It's not enough." But it is a start.

It was also proof that meaningful dialogue is possible between two parties that might at first glance appear to be on opposite sides of things. It also affirms that there are many in the military and in law enforcement who absolutely support these protests and what they're fighting for.

Palmer did share a video of herself to her Instagram on Monday where she spoke about the ongoing civil unrest. "At 26, I'm looking out and witnessing a physical revolt -- and it's a revolt on a scale that I wasn't sure I'd ever see."

A day later she would be out in the middle of that revolt trying desperately to bridge a divide and create a sense of unity toward a common cause.

"Racism is what the country was built on: Slavery, systematic oppression, then voter oppression, female oppression, poor education system so you’re intentionally uninformed, financial oppression," she said in her earlier post. "Human beings can only take so much."

She went on to suggest that America needs massive reform with new legislation that serves all races and all people. "We deserve a new system because the old one was created to oppress us," she said.

Within hours of the clip going viral on social media, 'KeKe' was trending at number one on Twitter as fans new and old flocked to the social media platform to give her all the accolades she clearly isn't seeking in that video. That perhaps makes them all the more deserved. 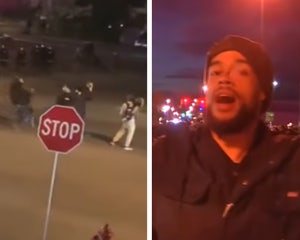 keke palmer especially after this it would be amazing to see both of you talk about this pic.twitter.com/3NrjnmonBZ

Keke Palmer on streets bridging the divide between the community and the National Guard.

How many people she kept safe from being brutalized 😭

This is a LEADER

So proud of you keke. Nothing stronger than a strong black woman! 💪🏾 https://t.co/IV7baPgDHP

“that’s not enough for me” is facts💀 they should’ve marched https://t.co/Ia8TvhNJAH

That’s freaking @KekePalmer y’all. In the streets. Talking directly to them. Using her voice.
Be a leader like Keke Palmer.
Use your voice.
We all have one. https://t.co/whuxPv7Xlz

KEKE PALMER HAS ALWAYS BEEN THAT WOMAN.

SHE WILL CONTINUE TO BE THAT WOMAN.

SHE WILL USE HER PLATFORM ENDLESSLY TO SPREAD A MESSAGE ABOUT WHAT’S WRONG IN THE WORLD TO MAKE A DIFFERENCE.

KEKE PALMER IS AN ICON. pic.twitter.com/61XrdZhbz0

“That ain’t enough for me” really sums up exactly how I’ve been feeling with the majority of this alleged allyship.

Protect Keke Palmer at all costs.

when Keke Palmer said “that’s not enough for me” yes YES pic.twitter.com/MrDkMJwBBR