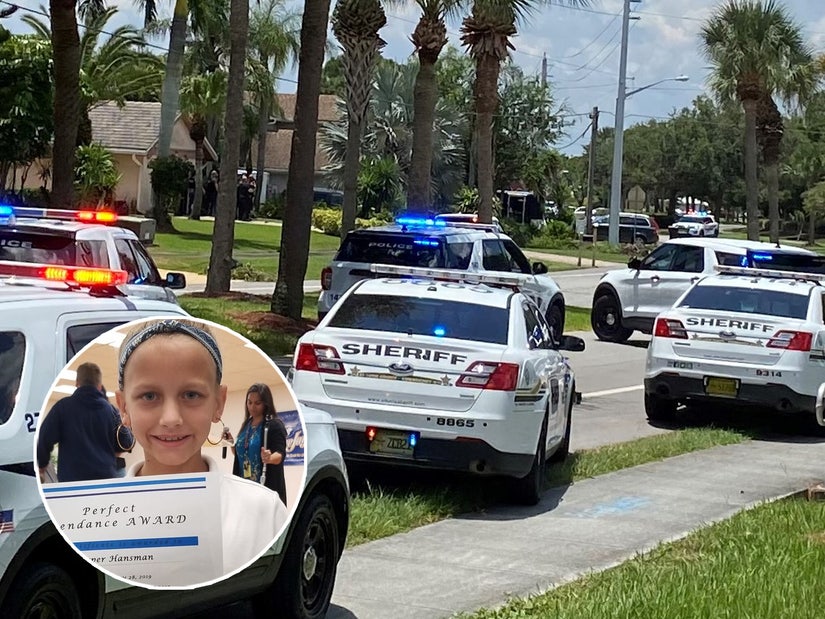 The child was gunned down while calling 911.

An 11-year-old girl and her father were killed after testifying against a neighbor's aggressive dog.

Harper Hansman and her 55-year-old dad Guy were shot dead in their Florida home by their 82-year-old neighbor Ronald Delserro after a court hearing regarding his bull mastiff, police revealed.

According to Port St. Lucie PD, the killing stemmed from an incident on March 4 when Delserro's pet, named Roxy, bit a woman who lived at the Hansman home.

On Monday, a judge determined that the dog was dangerous. But immediately after returning from court, investigators said Delserro armed himself with two handguns, went to his neighbors' house and opened fire.

There were six people in the house at the time.

"They all came home from court and then the suspect armed himself and went to the victim's house," St. Lucie County Sheriff Ken Mascara said at a news conference, per WPTV.

He said it was the little girl who made the 911 call, before she herself was shot.

"If you heard this call come over the radio, it would make the hair on your neck stand," Mascara said. "A little girl calls in saying: 'there's someone shooting in our house. I think our parents are dead. I think our family is dead.'"

When officers arrived, they exchanged fire with the suspect. They found Harper critically wounded and attempted to pull her to safety; but she later died of her injuries at hospital.

Her father was found dead in the garage. When SWAT arrived and entered the house, they found Delserro dead in an upstairs bedroom.

One officer was struck in the arm in the shootout, but was later released from hospital. A number of officers involved have been placed on paid administrative leave.