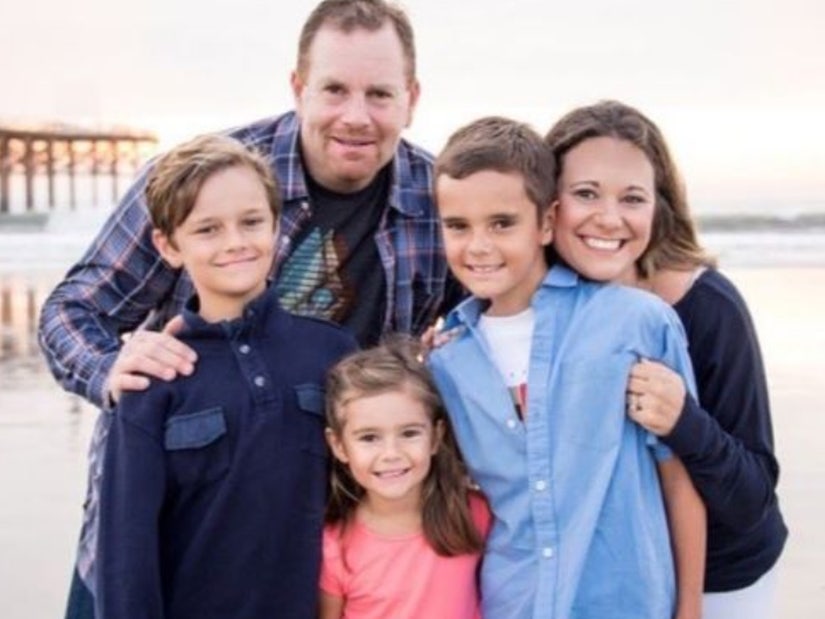 "Dad's been shot and I think he's dead and I'm running away, uphill and I don't know where I am."

A 15-year-old boy was found alive hiding in a remote forest in California after his father was shot dead in front of him asking for directions.

Jack Gersman was driving through Tahoe National Forest in Sierra Nevada with his dad Ari on July 3 when they were ambushed in a random attack, forcing the teen to flee for his life and hide for more than 30 hours, unsure of where he was or whether or not his father was still alive.

Ari, a doctor, had bought the brand new Jeep only the day before and had just read about the trails near Poker Flat, when he decided to take his son off-roading, Ari's cousin Marlo Meyers-Barer, told the San Francisco Chronicle.

After pulling over at a fork on the dirt road, a man pulled up behind them on an ATV, and they asked him for directions.

"The man out of nowhere started shooting at the Jeep," she said. "Ari stepped on the gas to get out of harms way, but one of the shots ripped through the seat and hit him. He was able to get the Jeep stopped so Jack was able to run into the forest to hide."

Unbeknownst to the family, Sierra County Sheriffs were already hunting for a gunman in the area.

The suspect had shot a man who caught him rummaging through his belongings, before fleeing on an ATV, and shooting another woman he came across walking her dog. Both victims had been transported out when they received a frantic 911 call from Jack.

It had taken him an hour to hike through the forest to find cell signal. He had just 1% left on his phone to then call his mom, Paige.

Having been diagnosed with Hodgkin’s lymphoma just six weeks earlier, and having only shaved her head last week, Paige had been trying to contact her husband to share some rare good news that her lab tests had come back with positive results, but couldn't get hold of him.

"Dad's been shot and I think he's dead and I'm running away, uphill and I don't know where I am," Meyers-Barer recalled.

On the four hour drive to his last known location, she began receiving all the texts her son had tried to send her.

Searchers also scrabbled AT&T to help triangulate pings on Jack's phone location, even though it had by now died.

He was eventually found 30 hours later; having spent the night in the forest wearing just a t-shirt and shorts, he was covered in bug bites, but was in otherwise good health. The only water he had to drink was from a stream he had stumbled across.

It took five hours to get him out of the forest and back to safety, where he was reunited with his family.

While they were waiting for him, they heard that deputies had encountered the suspect over the police radio.

According to the Sheriff's office, he drove at high speed on the ATV at a checkpoint that had been set up, and tried to mow two officers down. A third officer further up the road intercepted trying to block his path with his vehicle, and he crashed.

K-9 units were deployed before a shootout broke out. The man suspected of the crimes, later identified as 40-year-old John Thomas Conway, was wounded and apprehended, and transported to hospital.

Investigators do not believe he knew any of the victims, and that the attacks were random. Sierra County District Attorney is expected to announce charges soon.

A GoFundMe to raise money for the family has already raised more than $380k.

"Ari was an avid bicyclist, a vegetarian, an outdoorsman, an Internal Medicine Doctor, a devoted and loving father and fantastic friend that was willing to drop anything for his friends and family," it reads. "He died doing what he loved with his son in an area he had hoped to retire in one day."

"Ari's wife Paige is in the fight of her life right now undergoing Chemo treatments for Cancer. This family really needs our love and support. Paige is now the single mother to Evan, 16 a rising Junior at SRV, Jack, 15, a rising sophomore at SRV, and Maci, 10, going into 5th grade at Sycamore."

The fund, it explains, will raise money for funeral costs, chemo treatments, doctors appointments, and family counseling: "The financial burden is overwhelming."