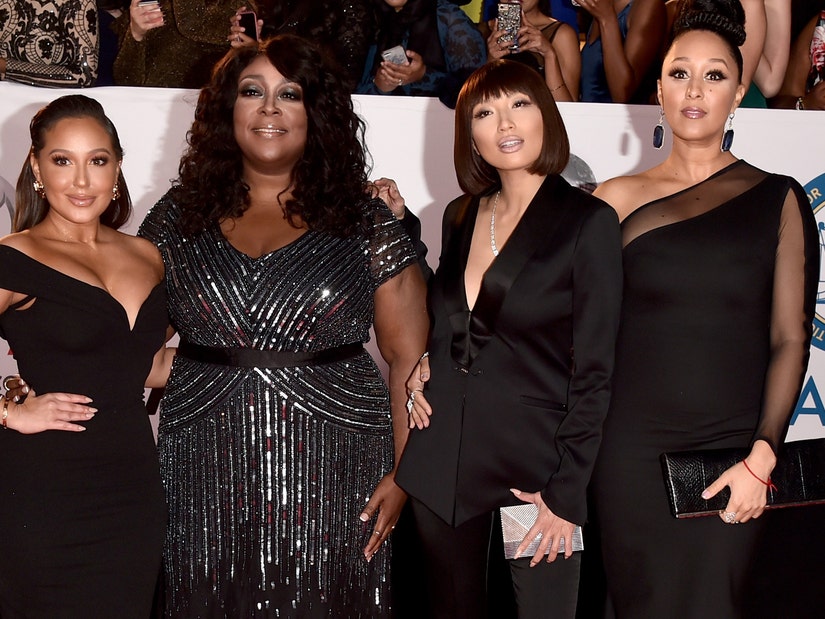 Tamera is the second host to announce their exit between seasons.

Tamera Mowry-Housley is out at "The Real."

The cohost confirmed the news on Monday, making it clear she didn't want to make the announcement today in light of Naya Rivera's death -- but felt she had to make a statement after her exit hit the press.

"For seven years, my home and heart has been at The Real," her Instagram statement began. "The friendships that I've made there will last a lifetime, and the people that I've had the blessing to interview have changed my life for the better."

"I'm so proud of what all the ladies and I have accomplished there, including two well-deserved NAACP Image Awards and a Daytime Emmy," she continued. "However, all good things must come to an end, and it's with a bittersweet smile that I announce that I am moving on from The Real."

"To my fellow hosts, I love you," she wrote. "I will miss you and I will always be there for you. Thank you for teaching me, supporting me, and loving all of me. Sisters forever."

In closing, she added, "I'll be rooting for you, as I look forward to spending more time with my family, pursuing amazing new opportunities and embarking on the next chapter of my life."

Tamera was one of the show's original cohosts, appearing alongside Jeannie Mai, Loni Love, Adrienne Bailon and Tamar Braxton when "The Real" debuted in 2013. Braxton left the show in 2016 and, in 2020, Amanda Seales joined as a new cohost.

Seales, however, also confirmed she would not be returning next season in June.