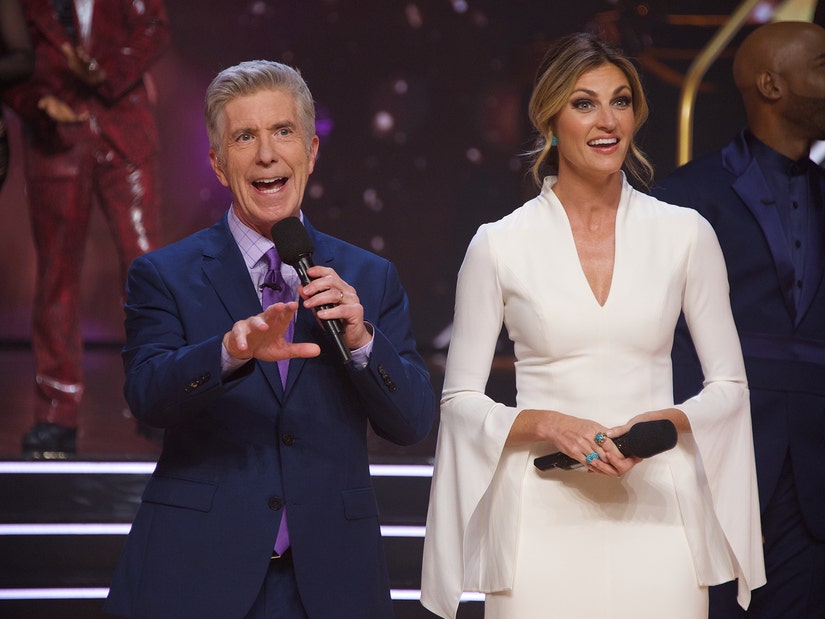 Bergeron says he was "just informed" of the news himself as he took to Twitter.

Erin Andrews spoke about about her exit on Tuesday, sharing a statement to Twitter.

"Thank you ABC and the entire Dancing with the Stars family for 6 memorable seasons," she wrote. "Those years wouldn't have been as special without my loving host Tom Bergeron, the talented dancers, and witty judges."

"I will always cherish my days on that set, even if I wasn't the best at walking in heels," she concluded.

When "Dancing with the Stars" returns in the fall, it'll do so without longtime host Tom Bergeron and cohost Erin Andrews.

"Just informed @DancingABC will be continuing without me," Bergeron tweeted on Monday. "It's been an incredible 15 year run and the most unexpected gift of my career. I'm grateful for that and for the lifelong friendships made."

He then added, "That said, now what am I supposed to do with all of these glitter masks?"

ABC and BBC Studios confirmed his departure news to TooFab, and Erin's exit as well.

"Tom Bergeron will forever be part of the Dancing with the Stars family. As we embark on a new creative direction, he departs the show with our sincerest thanks and gratitude for his trademark wit and charm that helped make this show a success."

"Erin will also not be returning, and we appreciate all that she brought to the ballroom," the statement continued. "Fans have been rooting for her since she originally competed as a contestant back in 2010, and her signature sense of humor has become a hallmark of the show."

Andrews has yet to react on social media. Her rep wasn't immediately available for comment.