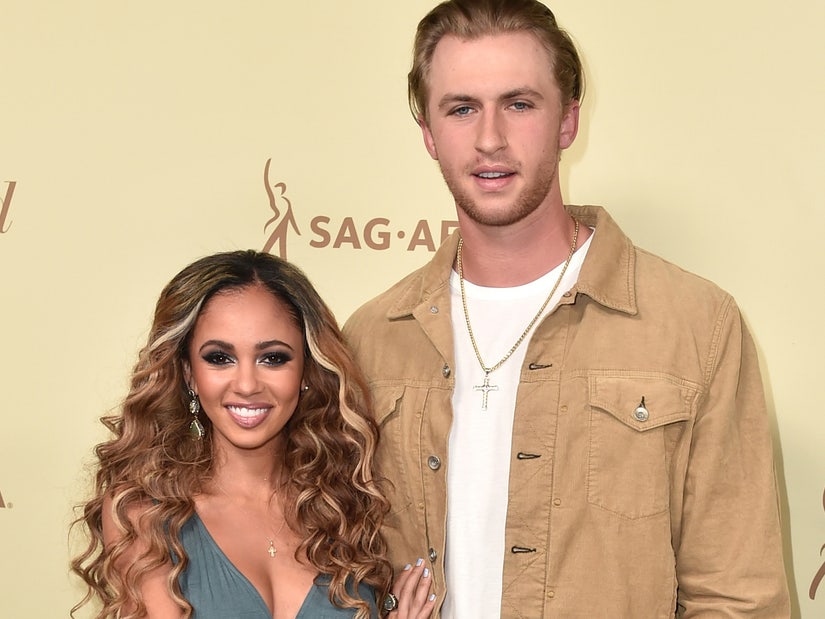 The news comes just days after she announced her pregnancy.

There's a good reason why Vanessa Morgan's husband Michael Kopech was nowhere to be found when she announced her pregnancy on Instagram -- they're getting divorced!

On Monday, the Chicago Tribune confirmed the "Riverdale" actress' husband, Michael Kopech, secretly filed for divorce back on June 19, just five months after the two tied the knot and one month before the baby reveal.

While neither Kopech or Morgan's reps have commented at all on the split, her publicist did say the White Sox pitcher is the father of her child.

Morgan didn't mention her other half at all when she revealed last Friday she was expecting. In fact, she referred to the child as "my baby boy" in her celebratory post.

"Exciting news ... I am overjoyed to be welcoming my baby boy into the world this January," she wrote alongside video and photos from her gender reveal. "This little guy has already brought me so much happiness and a feeling of such a greater purpose. I cannot wait to meet you!!"

"On a personal note, I have had the blessing of growing up in the public eye having started my acting career at age 6. While this has been incredible for me, I am very much looking forward to giving this little guy some room to grow up outside of the public eye, until he tells me otherwise," she continued. "Lil one you were made with so much love & already exude a light so strong it warms my belly."

"Thank you God for this blessing," she concluded. "I'm just so happy & can't wait to dedicate everyday to being the best mommy I can be."

Morgan and Kopech said "I do" back in January at the Walton Historic House in Florida, a ceremony which was attended by many of her "Riverdale" costars.