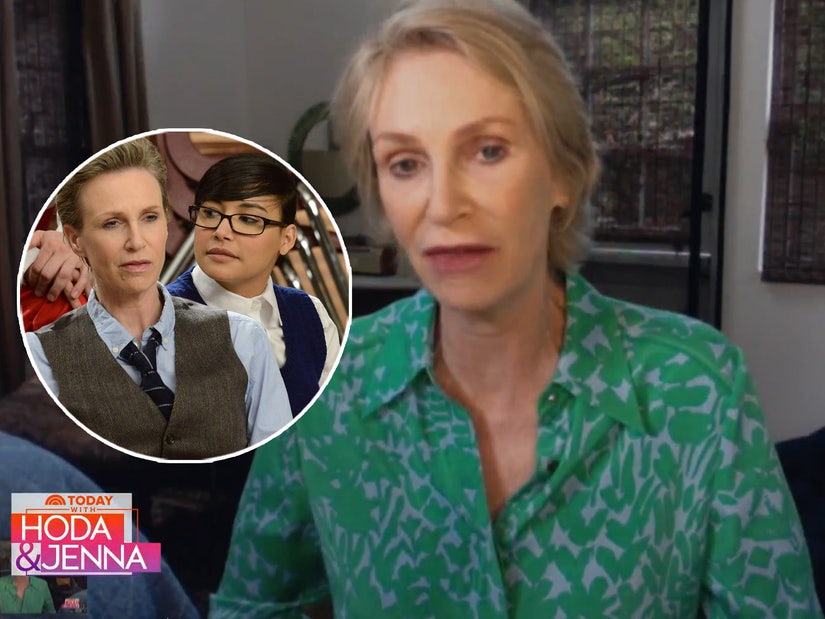 "It's just gut-wrenching and heartbreaking that she's gone."

The "Glee" family is still reeling from the loss of Naya Rivera, who died in July in a tragic boating accident.

Appearing Wednesday on "TODAY," costar Jane Lynch -- who played Sue Sylvester on the Fox series -- was asked how she'd like Rivera to be remembered most by fans.

"I think that one of the things that kind of got lost when we were doing the show was what a force she was," Lynch began. "Because there were so many talented people, but she was one of those people, she wasn't in every scene, but when she was ... she just blew everybody away."

Lynch noted that while both she and Rivera's Santana Lopez would often find their characters doing "three-page monologues," it was an area in which Naya excelled.

"It took me a week to get mine. She would do them right off the bat," recalled Lynch. "They would be changing them and she had no problem with it."

Lynch also pointed out how close Rivera was to niece Meg Doyle, who became friends with the actress while working on the show as an assistant.

"Megan always said that with Naya you felt like somebody had your back. She was somebody who wasn't going to let anybody mess with you," she said. "She was a great advocate and loved the fact that she and Heather Morris had the lesbian relationship on the show and how much that meant to so many young people."

"She was a force of nature, and it's just gut-wrenching and heartbreaking that she's gone," she added.

Santana's coming out storyline with Brittany was one of the most celebrated aspects of the show, something Morris also recognized in a post she shared earlier this week.

In a tearful tribute, she thanked the show's fans for "being such advocates and so supportive of Santana and Brittany's relationship, because without you guys it never would have existed."

Choking up, she added, "You guys helped create something for the writers and for Naya and I that made an impact that will last for a lifetime and beyond then. So I want to thank everyone here watching and I want to thank all the fans for your love and support."