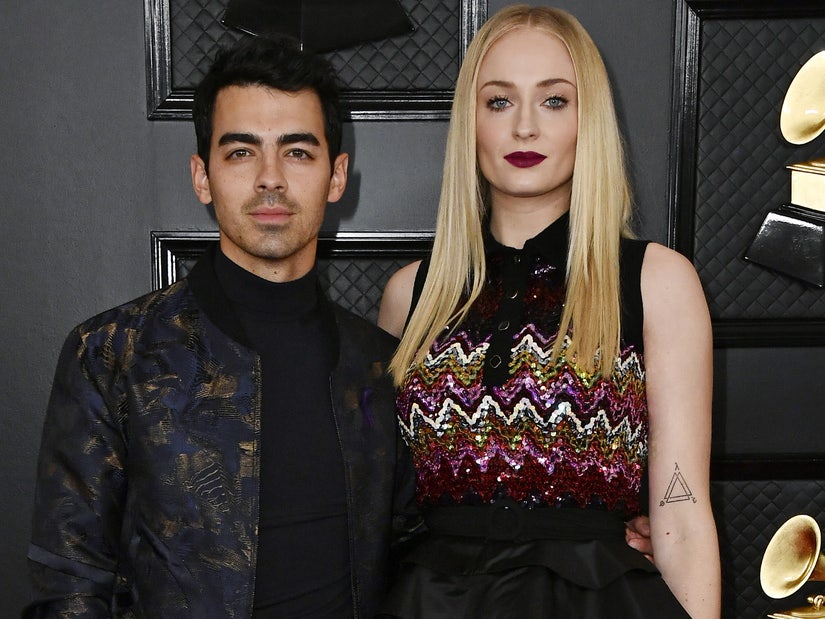 Joe's 31st birthday came just a couple of weeks after he and Sophie welcomed their first child together, a daughter named Willa.

Sophie Turner is celebrating her "baby daddy" Joe Jonas on his 31st birthday.

On Saturday, the "Game of Thrones" star, 24, posted a sweet tribute to her husband on his first birthday as a father.

"Happy birthday to my love/bub/baby daddy 🥵🔥😍♥️" Sophie captioned a black-and-white photo of herself and Joe sitting at a dinner table.

"You're the funniest person I know and I love celebrating you," Nick wrote on Instagram, sharing a behind-the-scenes video of Joe dancing, as well as a pic of the two in tuxedos. "I feel so lucky to have you as my brother. I love you so much. Happy birthday @joejonas"

Meanwhile, Kevin shared a hilarious pic of Joe and a lemur. "Happy birthday @joejonas love you man. Hope you have an incredible day!!" he captioned the post.

Joe's 31st birthday came just a couple of weeks after he and Sophie welcomed their first child together, a daughter named Willa. While the couple has yet to publicly announce their daughter's birth -- and never revealed they were expecting -- they were spotted several times around Los Angeles, with Sophie's prominent baby bump on display.

Sophie and Joe announced their engagement in October 2017 and went on to have not one, but two wedding ceremonies. The pair first married in May 2019 in Las Vegas following the Billboard Music Awards. Almost two months later, Sophie and Joe tied the knot again during a formal ceremony in France.