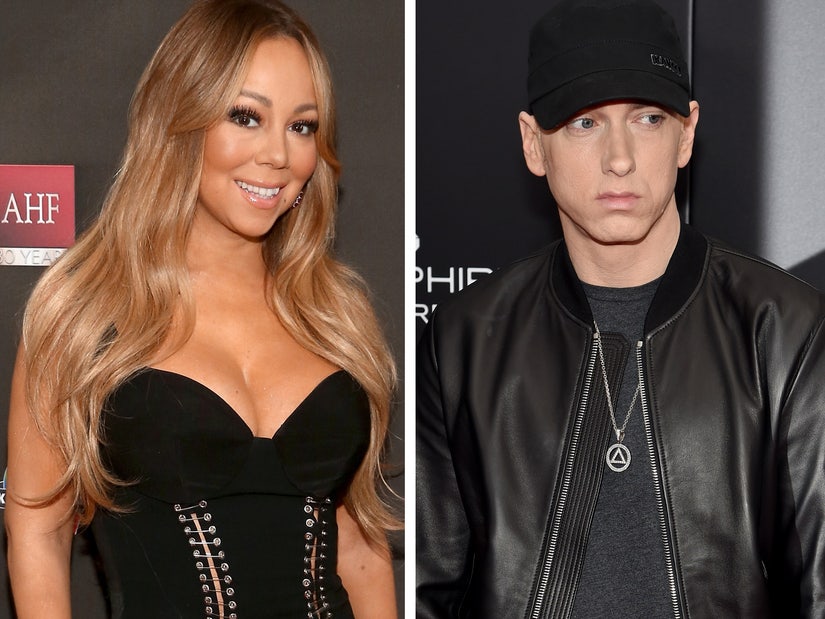 The rapper was reportedly "stressed" she'd say he "was bad in bed."

If Eminem was nervous Mariah Carey would rip him to shreds in the pages of her upcoming memoir, it sounds like he can rest easy.

The two have gone back and forth at each other in the press and their music for years now, after Eminem claimed they had a six-moth relationship back in 2001. Mariah has long denied any sort of hookup happened -- and, while he's never mentioned by name, her hit "Obsessed" is allegedly about him.

Amid reports he was "stressed" she'd write about him in the upcoming "The Meaning of Mariah Carey," Vulture asked why there was no mention of him in the book, which the outlet appears to have already read.

"There's some songs that I can sing in response to that, but I will not do it," said Carey. "If somebody or something didn't pertain to the actual meaning of Mariah Carey, as is the title, then they aren't in the book."

There you have it.

According to an Us Weekly "insider," Eminem was "expecting the onslaught" from Carey in the book, saying he "knows that Mariah is going to say very negative things about him."

"Marshall is stressed out that Mariah is going to say shit that he was bad in bed or a selfish lover," added the source, "because he has always been very insecure about that. She knows that."

While Em didn't make the cut, her ex Tommy Mottola and hookup with Derek Jeter are in the tell-all -- see some of what she said about them here. 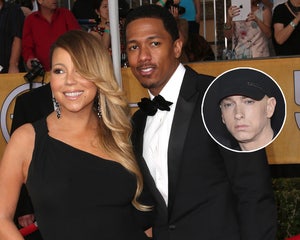