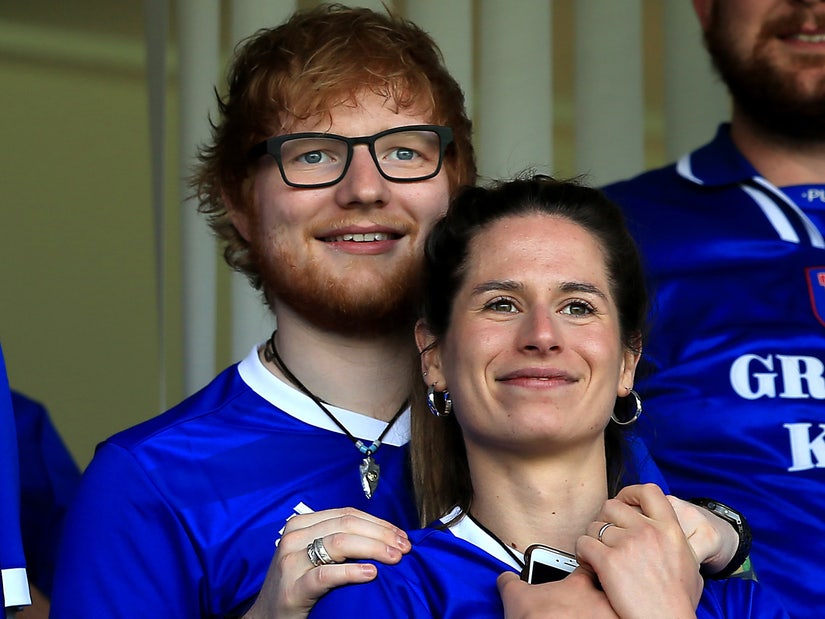 "We are completely in love with her."

Congratulations are in order for Ed Sheeran!

On Tuesday, the singer revealed he and his wife, Cherry Seaborn, had welcomed their first child last week, a baby girl named Lyra. Taking to Instagram, Sheeran, 29, posted a sweet announcement that featured a photo of tiny baby socks on top of a colorful knit blanket.

"Ello! A quick message from me as I have some personal news that I wanted to share with you..." he began in the caption. "Last week, with the help of an amazing delivery team, Cherry gave birth to our beautiful and healthy daughter -- Lyra Antarctica Seaborn Sheeran."

"We are completely in love with her. Both mum and baby are doing amazing and we are on cloud nine over here," Sheeran continued. "We hope that you can respect our privacy at this time. Lots of love and I'll see you when it's time to come back, Ed x"

Last July, Sheeran confirmed the reports that he had married Seaborn, 28, his longtime girlfriend. In an interview with Charlamagne Tha God, Sheeran shared the meaning behind a particular lyric in his song with Eminem and 50 Cent, "Remember My Name," in which he refers to his "wife."

"Watch how the lyrics in the songs might get twisted / My wife wears red, but looks better without the lipstick," Sheeran can be heard singing on the track.

"It was actually before me and Cherry got married and I knew that we'd be married by the point that the song came out," Sheeran revealed. "[I thought] Someone's gonna hear that and be like, 'Oh, they're married!' I didn't know how that would be construed, but obviously it's already come out."

According to The Sun in February 2019, Sheeran and Seaborn, who first met when they were kids, tied the knot in December 2018 in a secret ceremony in Suffolk, England, surrounded by 40 friends and family.