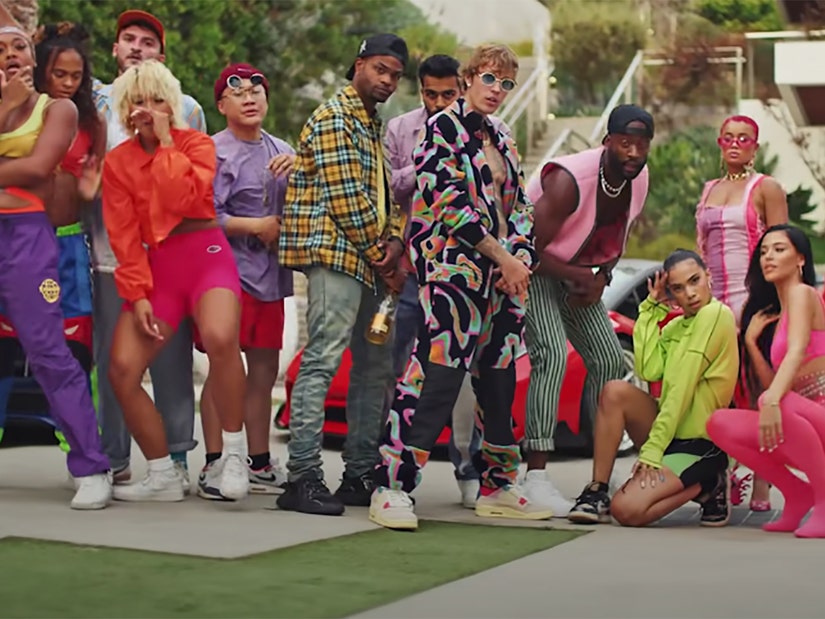 The video, which dropped last week, shows a wild party filmed in the middle of COVID-19.

DJ Khaled and Drake recruited Justin Bieber and all his friends to shoot the new music video for "Popstar," which dropped last week.

And one of the social media stars in the video, King Bach (AKA Andrew Bachelor), confirmed they were able to shoot it amid quarantine.

The video actually begins with Khaled trying to get Drake on set for the video shoot -- but, due to coronavirus-related travel restrictions, Drake calls in a favor and has Bieber film one instead.

"It was great," King Bach told TooFab while promoting his role in Netflix's "The Babysitter: Killer Queen."

Adding that he's been friends with Bieber and Drake for a bit, he thought it would be cool to "hang out for a day" when he got a call to be in the video.

Despite the ongoing pandemic, Bachelor has been following safety protocols to keep working -- and the "Popstar" shoot, which had a ton of unmasked extras for a party vibe, was no different.

"You know, I'm filming now and do the COVID testing every two days. So, you know, that's exactly what happened on that set," he explained. "We did COVID tests, then we went and we shot."

According to the credits for the video, the shoot had a COVID Compliance Officer on set, as well as a medic, a four-member COVID Security team and two cleaning techs.

Watch the video above. Bachelor's "The Babysitter: Killer Queen" is streaming now.