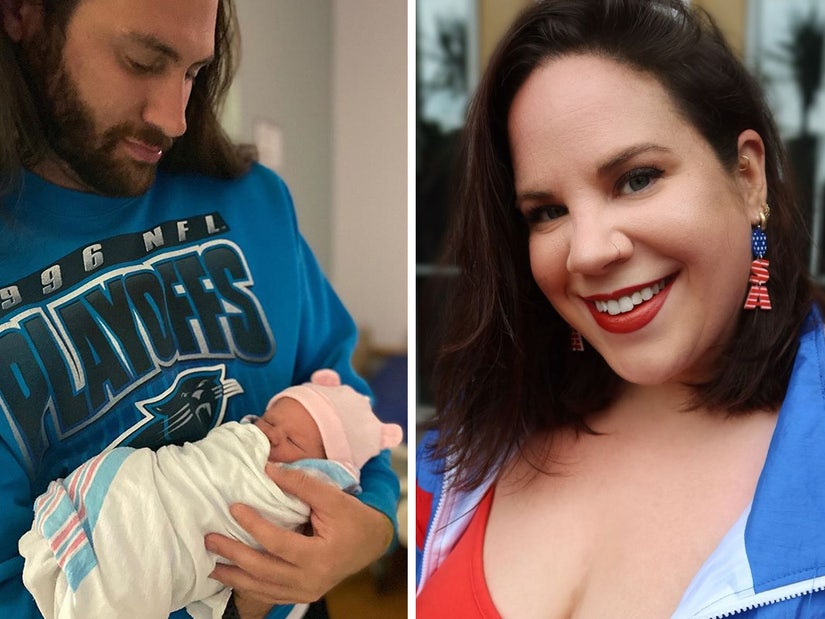 The two called off their engagement when the TLC star found out about the pregnancy.

Whitney Way Thore's ex-fiance Chase Severino is a dad, three months after he and the "My Big Fat Fabulous Life" star ended their relationship.

Severino announced the arrival of his daughter, Aurora Joyce, on Wednesday -- sharing photos of him with his baby girl on social media.

"You scared me, little one, coming so early but what a blessing you turned out to be," he captioned the post. "I always rolled my eyes and laughed at the prospect of fatherhood before but as cliche as it sounds you're the world to me now."

"From the moment I saw you my eyes teared up and I instantly fell in love," he continued. "It's crazy going from having yourself as number one to putting someone else there. I guess one can change. I’m happy to welcome you into the world, Aurora Joyce Severino. I love you with all my heart."

The baby's arrival comes a little over three months after both he and Thore announced their breakup, after she found out he fathered a child with another woman during their engagement.

"This is a really weird and uncomfortable thing to have to 'announce' on social media, but as I get more questions and hear more rumors, I figured it was time," she said back in May. "Chase and I are no longer engaged."

"After experiencing a lot of ups and downs and still living apart, Chase reconnected with a woman with whom he has had a long history," she continued. "Chase recently told me this information and the fact that it had resulted in a pregnancy. Chase will be a father in October."

She added, "I'm not interested in anything hateful being directed toward anyone. I would ask for privacy for all involved as we move on and focus on the future."

At the time, Chris confirmed her account and added, "I have nothing but love and respect for Whitney and our time together."

"Thank you for always supporting us," he wrote. "As we now go our separate ways, I ask for privacy for Whitney, myself, and the mother of my child who wishes to remain anonymous."

Severino and Thore announced their engagement in December 2019, two months after he popped the question.