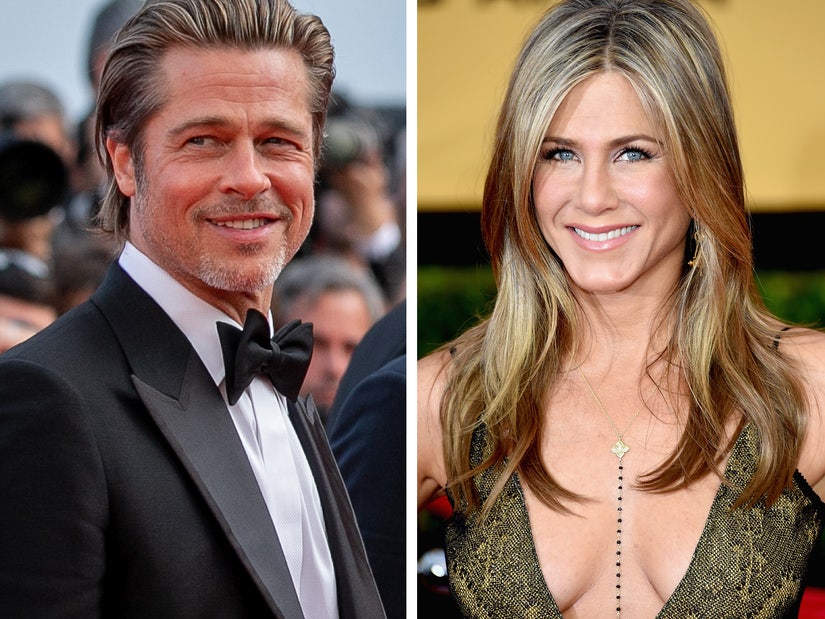 The exes are bringing the iconic comedy back for charity.

Brad Pitt and Jennifer Aniston reunited for a special charity event and a sneak peek pic shows them together for the first time since bumping into each other at the SAG Awards in January.

Comedian Dane Cook posted the celebrity-filled snap to his Instagram on Monday to promote the highly anticipated virtual reading of the iconic teen comedy "Fast Times at Ridgemont High."

Penn has announced he will not be reprising Spicoli and there is no other information regarding what role each actor will read.

"It started with Jennifer Aniston, I think she was one of the first people that I talked to," Cook told ET last month. "She was like, 'When and where?' And I said, 'No idea, but I'm working on it.'" 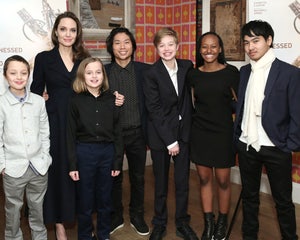 Angelina Jolie Says She 'Never Thought' She Would Become a Mother

The table read was initially delayed due to technical difficulties and then again so as to not conflict with the Democratic National Convention.

Pitt and Aniston were married from 2000 to 2005 and were once considered one of Hollywood's biggest celebrity couples. They have each remarried and divorced since -- Pitt with Angelina Jolie and Aniston with Justin Theroux.

You can catch Pitt and Aniston acting together for the first time since an episode of "Friends" when the table read broadcasts this Friday at 9 p.m. ET on CORE’s Facebook page and TikTok, as well as a stream via LiveXLive. 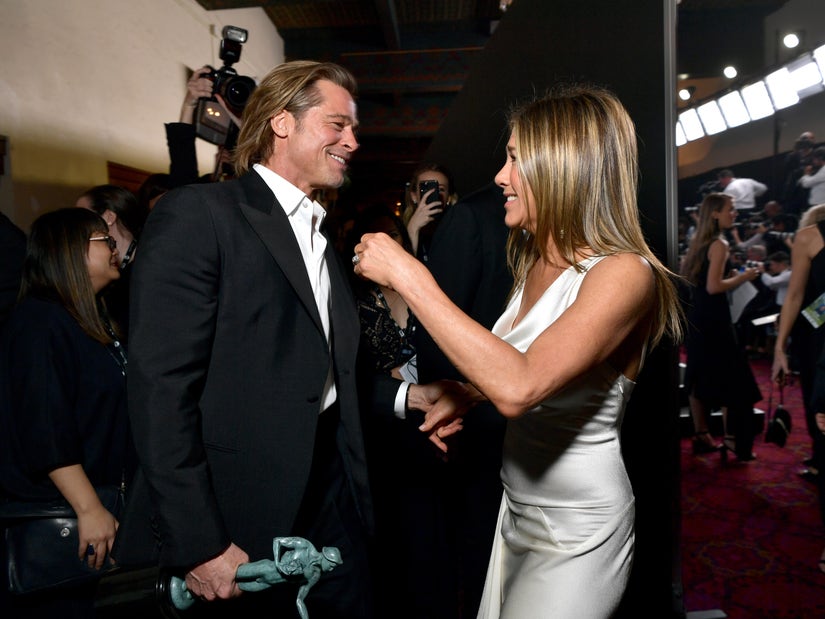