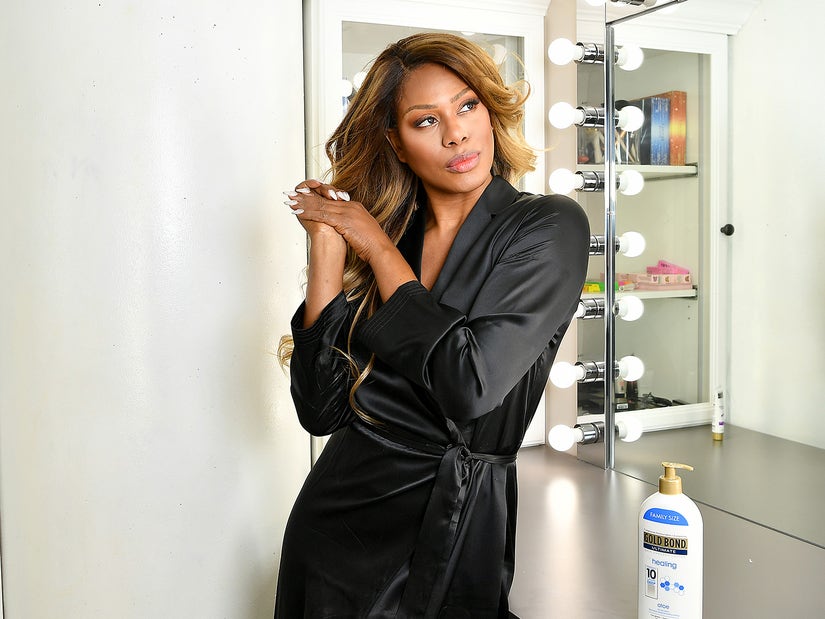 The 2020 Emmy-nominee reveals her plans for this weekend's socially-distant event -- and which nominated show she's watched three times in quarantine.

In 2014, Laverne Cox became the first transgender performer to score an Emmy nomination for an acting category. Six years later, only one other actress has followed in her footsteps: Rain Valdez, up for Outstanding Actress in a Short Form Comedy or Drama Series this year.

Representation outside of nominations, however, has made much bigger strides. In 2020, trans actresses from both "Pose" and "Euphoria" made nearly every outlet's biggest snubs lists, as critics hailed performances from Mj Rodriguez, Angelica Ross and Hunter Schafer. Progress may be slow, but it's coming -- and Cox believes TV is "years ahead" of the curve when compared to film when it comes to visibility.

"I do think, with anything around inclusivity, that diversifying who's doing the voting is really crucial," she continued. "When I think about the Television Academy, as opposed to the [Motion Picture Association of America], I think we're years ahead in a lot of ways."

"If we continue to diversity membership and interrogate what we consider awards worthy and why, I think that becomes the bigger question -- who decides what is awards worthy and what kind of stories and who tells those stories and how they're told and what audience they're appealing to and what class of people is being featured," she added. "I think those kinds of questions are deeper questions around, when we talk about diversity and award shows."

Looking at this year's crop of nominees, Cox said the talent makes is "so hard" to pick a winner.

"As an Emmy voter, I was looking at all the nominees and you think about the Limited Series category, for example, for the supporting categories they added two extra slots. It's so insanely competitive," she continued. "Who would you bump out to bring someone else in? That's what you have to think about."

"There's so much good television out there. I agonized, with a few of the categories I sat and I agonized," she added. "Like, She's so good!' 'He's so good!' How do you choose? It's art and it's subjective."

Cox has been catching up on quite a few nominated performances during quarantine, telling TooFab she binged both "Schitt's Creek" and "The Morning Show" with all her free time. "I'm so grateful for television right now, I'm so grateful for all of the platforms where we can watch television," she explained. "I'm a single lady, I live alone, I don't have any pets and I've taken quarantine very seriously, so television has been a really wonderful friend to me."

"'Schitt's Creek' I just had never seen before and maybe a month or so ago, I started watching it on a Saturday and I couldn't stop," she said. "I watched all six seasons by Wednesday."

"I finally got around to watching 'Morning Show,' back in March for the first time, watched it all within a week and I've watched 'Morning Show' three times all the way through," Cox exclaimed. "I rewatched it!"

While it's clearly not nominated for anything this year, she's also been binging "Girlfriends," which just dropped on Netflix. "That was my show back in the day, it's still my show," she said. "It holds up so well!" 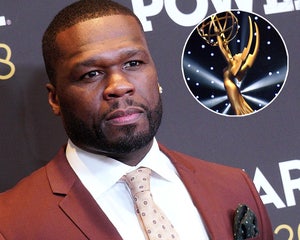 As for her plans for Emmys Sunday, Cox will be all over the place. Not only is she nominated for Outstanding Guest Actress in a Drama Series for her work in the final season of "Orange Is the New Black," but she's also hosting a pre-show on E! and presenting an award during the telecast. While it's only days away, even Cox isn't 100% sure about all the details for the socially-distant affair.

"I am of course doing the countdown show on E! Emmy Sunday and we're doing that in-studio. I'm sending my COVID test in today," she explained. "And then I'm going into -- I'm not sure where we're shooting the Emmys this year -- but they have protocols in place, so I'm gonna go in and when I present, I will be going to wherever we're shooting. I'm doing it in person."

"When we did the Creative Arts Emmys last week, we did it at the Television Academy, it was outside, all the crew members were tested and everyone wore masks and were socially distanced and we mic-ed ourselves," she continued. "It's different, I go and present and then I go home."

While it's still up in the air just how serious stars will be with their fashion this year as they accept awards at home, Cox promised she will turn heads.

"For me, when I think about when I was just a fan at home watching the Emmys, part of the reason I tuned in was the fashion," she told TooFab. "It's a fantasy and it's an art form. I work with amazing hairstylists and makeup artists and my stylist, so that's part of the creativity, too. I think people need a glamour, so I'm gonna try to do my part to give it to them on Sunday."