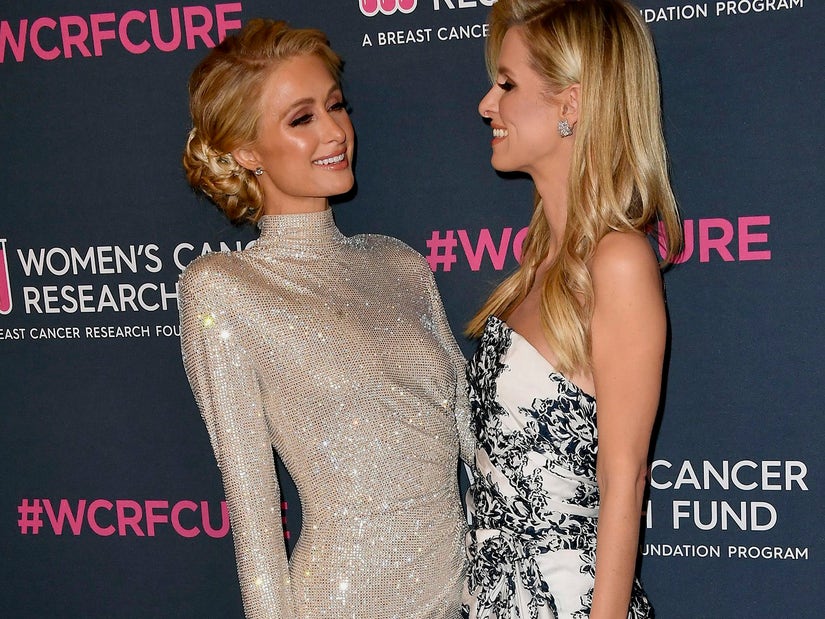 Nicky details sneaking downstairs to watch "This Is Paris" before its September 14 premiere because Paris didn't want their mother to see it.

"She didn't even want to show my mother the movie," Nicky told E! during New York Fashion Week. "So we snuck downstairs and we were watching it together. She said, ‘I don't want mom to see it.'"

Nicky quickly realized how silly that might seem on the surface, reminding her sister, "Well she's going to see it in a few weeks when it's on YouTube for the whole world to see."

It's a testament to how raw the documentary process was for Paris and how anxious she was about it getting out there that she was so nervous for mom Kathy, who was already part of the filmmaking process, to see the final product.

Nevertheless, Paris was clearly nervous as to how her mother might react.

"We laughed. We cried," Nicky recalled. "I'm just so proud of her, because going through so much trauma and reliving it with the whole world watching is very brave."

In the documentary film, Paris opens up about alleged sexual abuse she endured as a teenager while at a private boarding school.

Hilton's claims about the Provo Canyon School in Utah are backed up in the doc by similar accounts from her former roommate and classmates, who all reconnect as they reflect on their shared trauma.

These stories, at least in part, played heavily into Paris' reluctance to have her mother see the film. She had never opened up to her about these alleged experiences before filming for the documentary.

In fact, the film not only captures one of their first-ever conversations about it, it also features Kathy Hilton learning about some of what Paris says she went through for the first time ever.

""Had I known this, Dad and I would have been there in one second," Kathy tells her daughter in the film after Paris opens up about her time at the school.. "I'm so proud of you."

"This Is Paris" is streaming now on YouTube. You can watch it in full below.