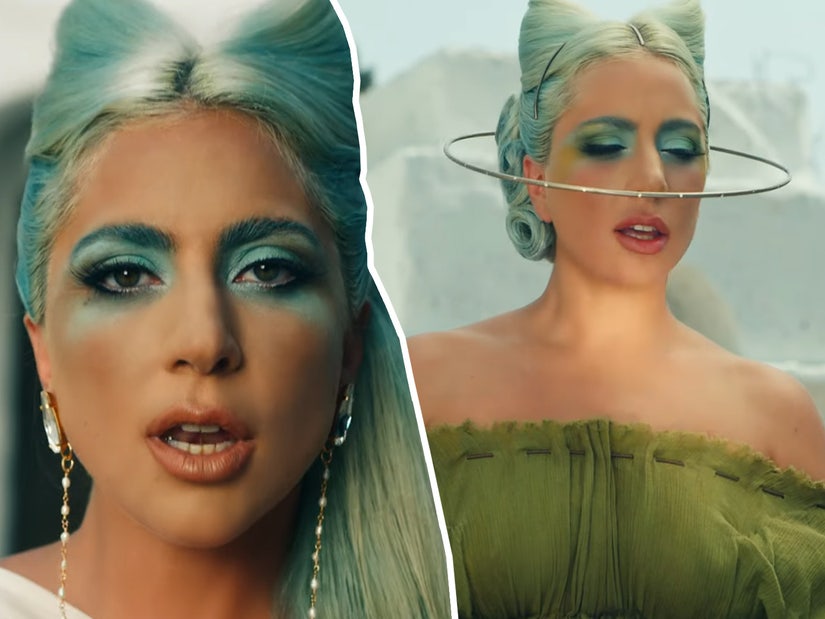 Lady Gaga gave her little monsters an extravagant treat by releasing the music video for "911" on Friday.

And the 4-minute spectacle -- helmed by "The Cell" director Tarsem Singh -- delivered more than just eye-popping visuals, elaborate costumes and on-point choreography. It gave a rare peek into Gaga's life.

"This short film is very personal to me, my experience with mental health and the way reality and dreams can interconnect to form heroes within us and all around us," the Grammy-winner posted on her Instagram following the video's premiere.

"I'd like to thank my director/filmmaker Tarsem for sharing a 25 year old idea he had with me because my life story spoke so much to him," she added, before thanking her creative team and the production's crew for working safely during the coronavirus pandemic.

"It's been years since I felt so alive in my creativity to make together what we did with '911'."

The video opens with Gaga waking up in the middle of a white sand desert before she follows a stranger on a horse into a mysterious village. There Gaga interacts with a cavalcade of characters dressed -- much like herself -- in the outrageous outfits one comes to expect from the pop princess. Towards the end, Gaga wakes up again -- this time being brought back to life by paramedics at the scene of a horrific car crash.

“It's about an antipsychotic that I take," Gaga said of the song during an Apple Music interview in May. "And it's because I can't always control things that my brain does. I know that. And I have to take medication to stop the process that occurs."

Filming the video, however, provided Gaga the opportunity to approach the song again and use it to her benefit.

"Freedom for me is when I can go to the darkest part of my heart, visit things that are hard and then leave them behind," she told Billboard.  "Give them to the world, and spin all the pain into a puddle of gold."