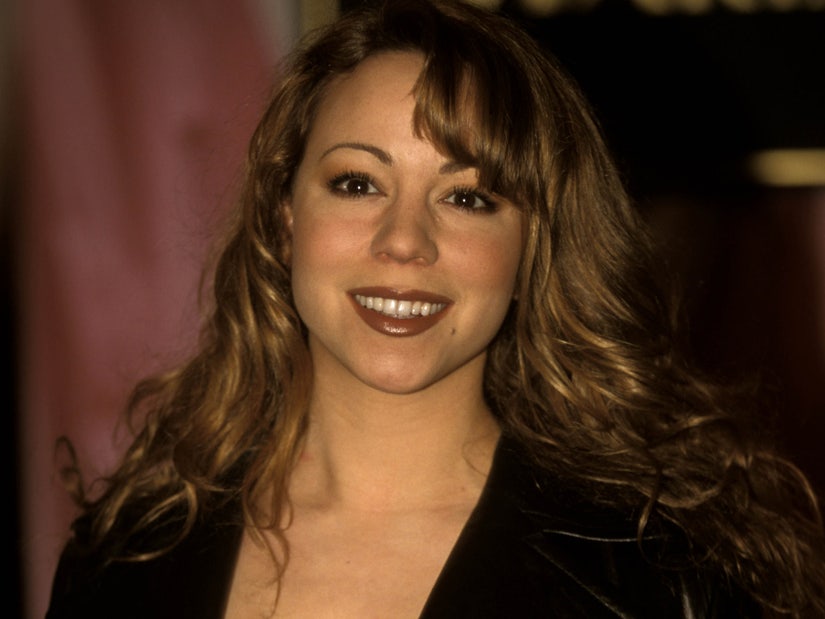 Mariah Carey had her own "Fantasy" while recording her iconic "Daydream" album: being an alternative rocker!

The singer opens up about being jealous of '90s grunge artists and even secretly recording her own alt album in her new book, "The Meaning of Mariah Carey."

On Sunday, Carey teased the revelation on social media, along with a snippet of one of the songs she made for the group Chick back in the day for their 1995 album "Someone's Ugly Daughter."

Fun fact: I did an alternative album while I was making Daydream 👀 Just for laughs, but it got me through some dark days. Here's a little of what I wrote about it in #TheMeaningOfMariahCarey 🤟 S/O to my friend Clarissa who performs the lead w/ me as a hidden layer #Chick #TMOMC pic.twitter.com/Re23t5whcd

"Fun fact: I did an alternative album while I was making Daydream. Just for laughs, but it got me through some dark days," she tweeted along with the music. Carey added that the lead vocals in the clip actually belong to a friend named Clarissa Dane, but she also recorded her own version of the album with her voice front and center.

Carey's rep confirmed to Pitchfork that Mariah did write, produce and sing background vocals on every song Chick released in 1995, directed the group's music video for "Malibu" (below) and came up with the album art.

"Fun fact 2: now that you've listened to Clarissa's kick-ass lead vocals, I can tell you that I'm on a quest to unearth the version of this album with my lead vocals and will not stop until we find it!' she tweeted later. "So happy that we get to experience this together lol!"

Her initial tweet included a screen shot of her book, where she wrote about why she longed to be part of the grunge scene in the mid-'90s.

"I'd bring my little alt-rock song to the band and hum a silly guitar riff. They would pick it up and we would record it immediately," she wrote. "It was irreverent, raw, and urgent, and the band got into it. I actually started to love some of the songs."

"I would fully commit to my character," she continued. "I was playing with the style of breeze-grunge, punk-light white female singers who were popular at the time. You know the ones who seemed to be so carefree with their feelings and their image. They could be angry, angsty, messy, with old shoes, wrinkled slips, and unruly eyebrows, while every move I made was so calculated and manicured."

"I wanted to break free, let loose, and express my misery," she added, "but I also wanted to laugh. I totally looked forward to doing my alter-ego band sessions after Daydream each night."

After fans got a kick out of her secret session, Carey later tweeted, "I'm so happy yet thoroughly amused that my little 'alternative'/'grunge' album is finally out there for the fans. Rock on!!!"

"Daydream," Mariah's fifth album, was a bit of a departure for Carey already -- introducing more hip-hop to her sound than her previous work. Among the hit singles: "One Sweet Day," "Always Be My Baby" and "Fantasy."