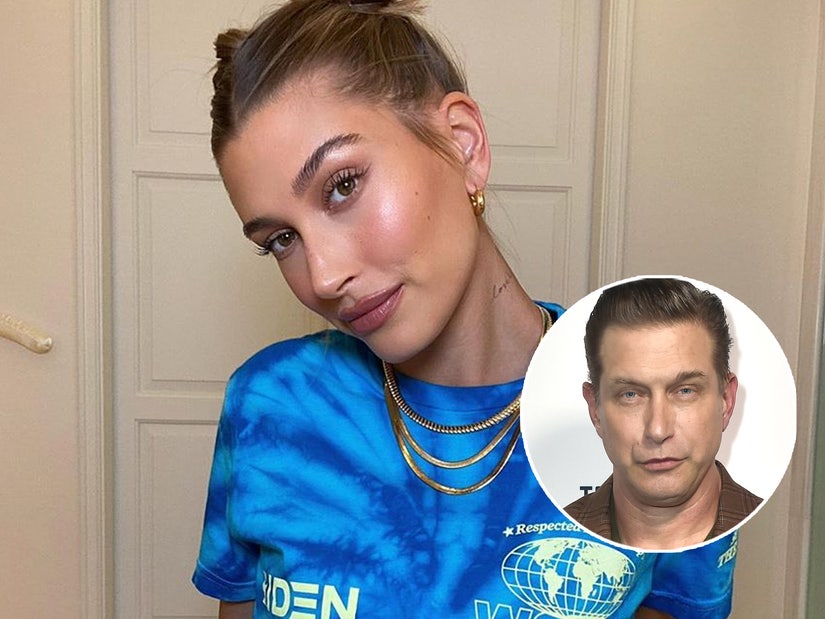 The two showed support for opposing candidates on the same day.

The Baldwin family is firmly divided when it comes to the upcoming presidential election -- with father and daughter on two different sides of the aisle.

On Saturday, Hailey Bieber took to Instagram to post about World Mental Health Day, wearing a t-shirt showing her support for the Joe Biden-Kamala Harris ticket and how she believes they'll tackle the issue at hand. Profits from t-shirt sales benefit the Biden Victory Fund.

"It's world mental health day, and something that has affected my mental health is the state of our country and the future of our country," she captioned the photo. "I have hope, but we need to collectively make the change we want for our future and that means getting out there to VOTE!!!"

In the comments, her uncle Billy Baldwin praised Hailey for speaking up on the issue and supporting Biden. "Thanks Hailey!!" he wrote, "You have no idea how much this means to me..."

Hailey's father, however, showed he's very much on the opposite side of the aisle -- tweeting about his family and Trump on Saturday as well.

"don't talk much about family pray 4 everyone every day!" Stephen Baldwin tweeted. "in my [heart] beauty of [American flag] 'land of #free home of #brave'  is ... reverence 4 our freedom, importance of clarity of vote? (vision goal truth intent) Many are called, few are chosen! Gospel is truth battle already won [a cross]."

He closed out his message with the hashtag #Trump2020.

Hailey previously called the family divide during the 2016 election a "hurtful situation," as her dad was the only one who supported Trump.

"I love my father, he's an amazing dad, but we so strongly disagreed," she told The Sunday Times in 2018. "He and my sister [Alaia] strongly disagreed on it. My sister's husband, like everyone on our side, just doesn't agree with him. We don't talk about it now. It's not worth the argument."