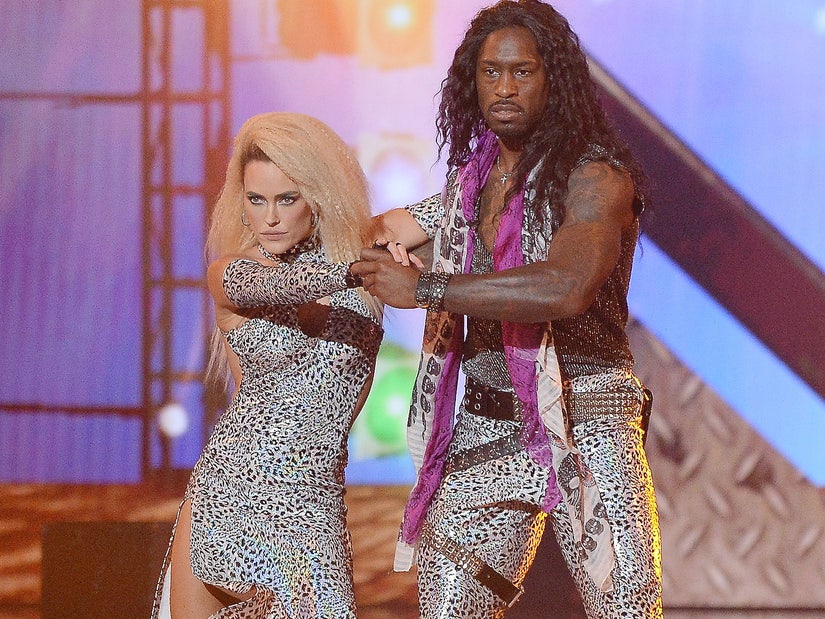 Peta Murgatroyd says she disappeared after her performance on "Dancing with the Stars" to "run to therapy" due to a neck injury.

On Monday night, the two-time "DWTS" champion took to Twitter to explain her absence following her tango with former NFL star Vernon Davis.

"Sorry everyone tonight on @DancingABC," tweeted Murgatroyd, 34. "I was absent from our spots after our dance."

"I pulled my neck and had to run to therapy," she continued. "I'll be ok but I needed to get it seen to ASAP. Thanks for the concern. Love you all and I'm looking forward to next week xxxx."

Murgatroyd later shared more details on Instagram, clarifying that her absence had "nothing to do with" her partner.

"Hey guys just wanted to jump on here and say the reason I wasn't up in our box after our dance was because I hurt my neck...No other reason," she wrote on her Instagram Story. "I had to run to therapy to get it checked."

"Vernon did a great job tonight and I'm proud of him," she added, apologizing if her words were misinterpreted. "I was in a lot of pain when the judges were giving their critics. Again, love my Vernon, nothing to do with him."

Sorry everyone tonight on @DancingABC I was absent from our spots after our dance. I pulled my neck and had to run to therapy. I’ll be ok but I needed to get it seen to ASAP. Thanks for the concern. Love you all and I’m looking forward to next week xxxx

Davis later opened up to Us Weekly about the results, saying it was "humbling" that he landed in the bottom two.

"Since I've been here, I’ve always been the one looking down at the contestants who were in the bottom two and to be able to live in that experience is great. It's humbling," he told the publication. "It's also gratifying because it's a once in a lifetime opportunity, so to make it this far is a plus for me, so I’m just grateful."

The Super Bowl champ added, "I felt like they were on my side and they gave me another shot so I have to get back to work and really perfect a lot of the details that I need to have a great performance."