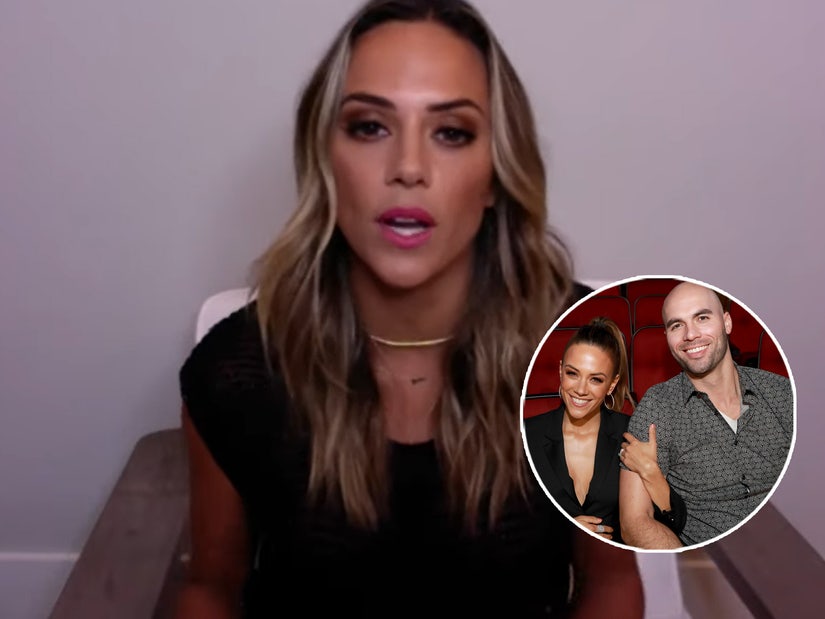 She also reveals the one thing she and her husband didn't want to include in their recent book.

After getting a message on Instagram from a woman claiming her husband Mike Caussin had cheated on her again, Jana Kramer explained how that plays into some of her regrets about opening up about his past indiscretions.

Appearing on "Watch What Happens Live" on Wednesday night, the singer/"One Tree Hill" actress opened up about their relationship dynamic and revealed the one thing the two don't plan on revealing anytime soon.

First, Andy Cohen asked whether she sometimes regrets putting their relationship woes under a microscope by being honest about them in the first place.

"There are times when I definitely regret it, because I just recently got a DM in my Instagram saying my husband cheated again," she explained. "Getting those kinds of things kinda freaks me out at first, but I think in the end I'm happy because I do know we've helped people see the silver lining and marriages are work and it takes two people and it's really hard, but if you keep fighting and two people are willing to fight, you can get through."

Cohen, who clearly didn't listen to the couple's Whine Down podcast episode about the DMing scandal earlier this week, then asked whether she eventually confronted her husband.

"I didn't confront him at first, because I was scared. The first time I found out he cheated was from a DM and it was true. I was like, this isn't happening right now, my heart sunk to the floor," she told Andy. "I waited a few days, I was like, I need to talk to my therapist, I need to DM this woman back or whoever this person was and get more information and see if this was true or if they were just trying to mess with me and as I got more information I realized it wasn't true and I eventually a few days later told my husband, this is what happened, this is why I've been distant, I was scared and I didn't know what to trust."

According to their podcast earlier this week, the woman went radio silent once the couple mentioned lawyers and said they wanted to call her. The woman also claimed Mike had a secret phone he was using to communicate with one of her friends and wanted to leave his wife for her. He denied it all, while Kramer said her husband's past actions make it hard to automatically believe him.

During the WWHL appearance, Kramer was also asked if there's anything the two won't reveal to their fans.

"The only thing that we don't discuss is how many people he slept with, who and where," she answered. "That's it."