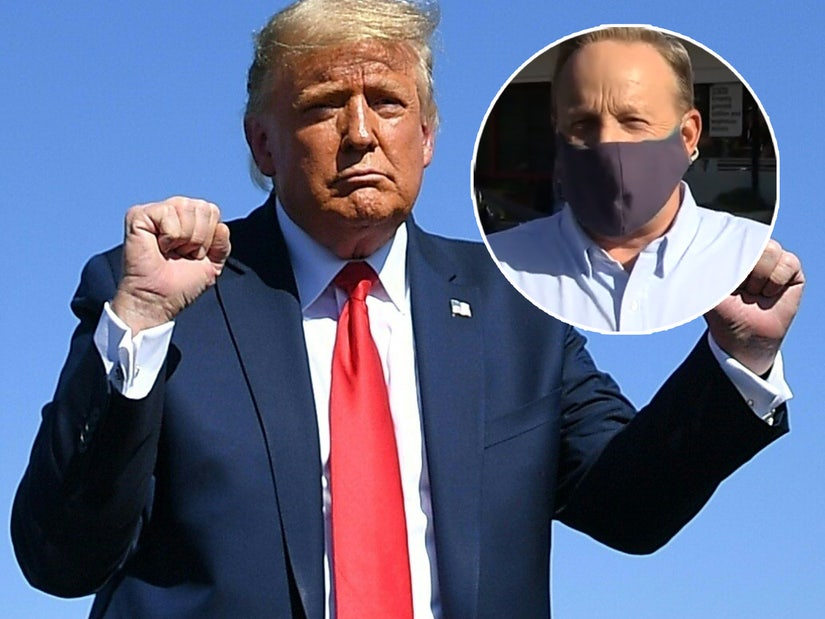 Is the POTUS angling for a slot on season 30?

He served the President as Press Secretary — now he's being pressed to critique his dancing skills.

Sean Spicer has given his honest appraisal of Donald Trump's dance floor maneuvers, and in classic White House fashion, he attempted to be diplomatic.

The Commander-in-Chief was trending high on Twitter last week — not for the first time this year, or indeed that day — after he was caught on film busting out some moves at one of his rallies, to the tune of Village People's "Macho Man." 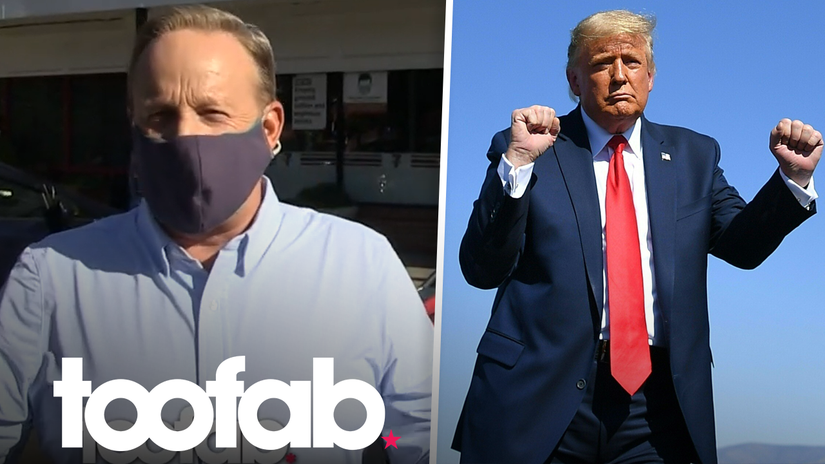 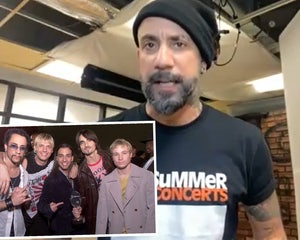 "Maybe he's trying to get on the show?" Spicer joked ahead of a book signing in Virginia last week.

While Spicer himself may not be forever remembered as the most technically gifted of all "Dancing With The Stars" hopefuls, it must not be overlooked that he finished in the top half of the class.

Instead of making fun of that gay wedding flash mob, we need to be mocking Trump’s cringey little jig to Macho Man pic.twitter.com/3rC7FUuJiG

But despite his impressive DWTS credentials, Spicer refused to slight his former boss's skills, instead offering a much more diplomatic response: "I think we're on the same level."

Despite only lasting a controversial six months at the White House — the same number of controversial episodes of DWTS he lasted, incidentally — the "The Briefing: Politics, the Press, and the President" author didn't appear to have an iota of bitterness about either dumping.