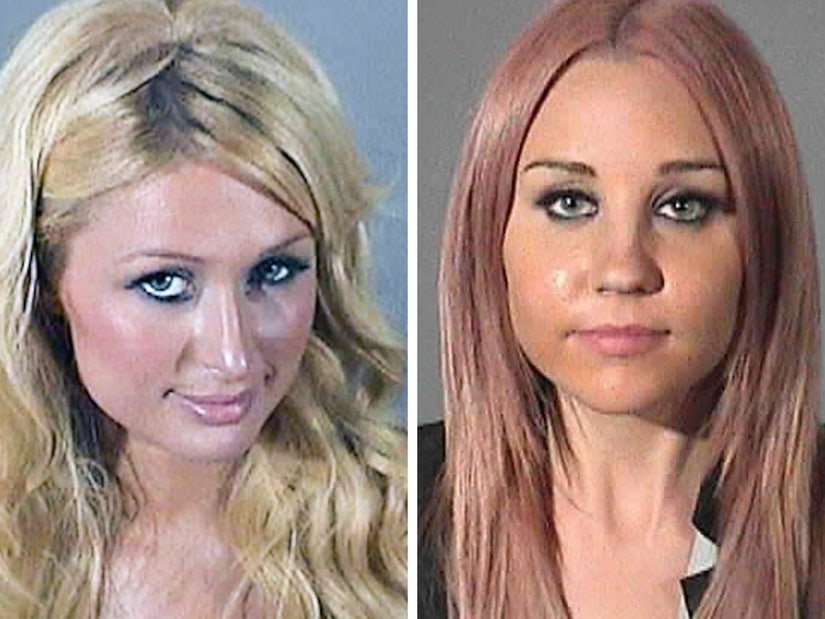 Even celebrities have to pay the time if they do the crime!

Over the years, numerous celebs have been arrested, sent to jail, or even did time in prison. These offenses have ranged from drug or alcohol charges to even more serious offenses.

Whatever their crimes (alleged or convicted) may be, almost all of the celebrities on this list have been released following their run in with the law and thankfully, shown much remorse. They've worked to become better people and many admit that it's thanks to their time behind bars.

"Melrose Place" star Amy Locane just began her second sentence after her fatal DUI charge in 2010. Amy previously served three years in prison on charges of vehicular homicide and assault but an appeals court decided that her first sentence was too lenient. Amy says her first time in prison definitely prepared her for her second stint behind bars but she's now fearful for the future of her children.

"I definitely know what's going on. When I came in last time, I didn't have a clue. I didn't really know how things worked and how you can ask certain officers for things. Prison prepared me for my second go-around," she told EW, adding, "I have a huge fear right now that my kids are gonna forget me. I won't be home until my oldest is 18 and my youngest is 16. I cannot even think about that." 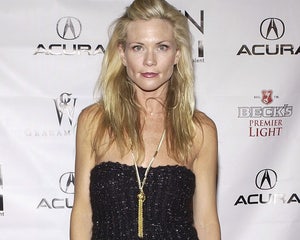 Melrose Place Star Amy Locane Talks First Days Back in Prison: 'I Fear My Kids Are Going To Forget Me'

Felicity Huffman served time in prison following her involvement in the college admission scandal. Felicity was accused of taking part in a scheme to cheat on the SATs by paying $15,000 to a service to boost her daughter's test scores.

"In my desperation to be a good mother I talked myself into believing that all I was doing was giving my daughter a fair shot. I see the irony in that statement now because what I have done is the opposite of fair. I have broken the law, deceived the educational community, betrayed my daughter and failed my family," Felicity wrote in a letter to the court.

Felicity pled guilty to conspiracy to commit mail fraud and honest services mail fraud, leading to a two-week prison sentence. She served 11 days in total before beginning one year of supervised release, with conditions including 250 hours of community service.

Back in 2008, Khloe Kardashian was arrested for a DUI and was ordered to take alcohol education classes. When she missed classes, she violated her parole and was sentenced to 30 days in jail. Her journey behind bars was documented on "Keeping Up With The Kardashians." She ended up only spending three hours in custody due to overcrowding and was released.

After just four days behind bars, her lawyer was able to get her reassigned to monitored house arrest for the next 40 days, due to a medical condition. Unfortunately, the following day she was summoned to court, where she was mandated to serve her time inside jail. After returning to jail, she served half of her sentence and was released due to good behavior and overcrowding.

Justin Bieber was once arrested for drag racing and driving under the influence in Miami. He admitted to police that he had been smoking marijuana and had taken prescription medication. Justin was charged with DUI, resisting arrest and driving without a valid driver's license, leading to 24 hours in jail.

As part of a plea deal, Justin pled guilty to careless driving and resisting arrest. He made a $50,000 donation to a youth charity and committed to 12 hours of anger management counseling as well as attendance at a program that teaches about the impact of drunken driving on victims. The DUI charge was dropped. 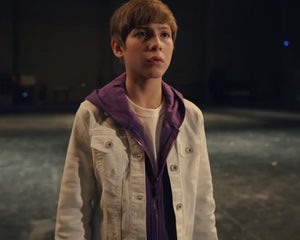 In 1996, Robert Downey Jr. was pulled over for speeding and ended up being arrested on charges of driving under the influence and for having heroin, cocaine, crack, and a gun in his car. He spent time in jail and rehab but after violating his parole, he was sentenced to six months in jail.

Then in 1999, he missed one of his court-ordered drug tests and was sentenced to a three year stint at the California Substance Abuse Treatment Facility and State Prison. After a year in prison, a judge ruled that his collective time in incarceration facilities qualified him for early release.

Paul McCartney spent nine days in a Japanese prison after being caught with marijuana in his luggage. He had previously signed an affidavit confirming that he did not use drugs in order to get his travel visa and the penalty for such a crime could have been up to seven years hard labor.

"I still am hazy as to how that happened, but it did... I got out 'cause of my celebrity," Paul admitted on an episode of "Carpool Karaoke."

Before landing his starring role on "Home Improvement," Tim Allen was arrested for possession of cocaine at an airport in Minnesota. He pled guilty on charges of drug trafficking and spent over two years in jail. He could have faced more time, but reportedly lessened his sentence by sharing the names of other dealers.

"It was a watershed moment. It put me in a position of great humility, and I was able to make amends to friends and family and refocus my life on setting and achieving goals," he told Closer Weekly.

Kiefer Sutherland was arrested for drunk driving back in 2004 and was put on parole. Then in 2007, he was once again caught drunk driving. In court, he pleaded no contest in a deal with prosecutors that sent him to jail for 48 days during a time that did not disrupt the filming of "24." He was also sentenced to five years probation and was required to complete an 18-month alcohol education program and attend six months of weekly therapy sessions.

"He never gave us any problems, never complained about anything," Glendale Police Officer John Balian said of Kiefer's time in jail.

Nicole Richie was caught drunk driving in 2003 and three years later, she was arrested again for DUI after being spotted driving the wrong way on an L.A. freeway. She pled guilty to DUI and was sentenced to four days in jail, three years probation, an alcohol education program and was fined $2,048.

Nicole, who was five months pregnant at the time, only served 82 minutes of her sentence, thanks to a policy which allowed non-violent female offenders sentenced to 30 days or less to be released within 12 hours.

Lindsay Lohan is no stranger to spending time in jail. Over the years, she has been arrested for theft, driving under the influence and drug possession. She was first incarcerated in 2007 for just one day after she pled guilty to two counts of being under the influence of a controlled substance and pled no contest to DUI and reckless driving.

In 2011, she also served time after being sentenced to 30 days in jail because she violated probation in both the DUI case and a necklace theft case.

On Christmas Day in 2009, Charlie Sheen was arrested after an altercation with his then-wife Brooke Mueller. He was booked in an Aspen jail on counts of second-degree assault, menacing and criminal mischief and spent the rest of the holiday behind bars.

Charlie later pled guilty to misdemeanor third-degree assault count and was permitted to serve his 30-day jail term at a rehab center in California. He was also required to serve three months of probation and attend 36 hours of domestic violence evaluation and treatment.

Blac Chyna spent a brief amount of time in police custody after being arrested for public intoxication and possession of a controlled substance in 2016. She had allegedly verbally abused a bartender at an airport for refusing her further service and when she boarded her plane, she caused a disturbance. When police arrived, they found ecstasy in her purse.

When Mark Wahlberg was just 16, he was arrested after attacking two Vietnamese-American men during an attempted robbery, knocking one unconscious and punching another. After the altercation, which reportedly involved racial slurs, Mark was charged with attempted murder and convicted of assault. He was sentenced to 45 days in prison.

"I want people to remember my past so that I can serve as an example of how lives can be turned around," Mark wrote in a request for pardon.

Back in 2012, Amanda Bynes found herself facing trouble with the law, beginning with a DUI incident where she allegedly side-swiped a police car. She spent several hours in jail before being released.

Later in the year, she faced more jail time after receiving another DUI charge and not showing up for her hearing. Then in August, she was charged with a hit and run and her license was suspended, which apparently did not stop her from later getting behind the wheel. Despite the incidents, she avoided additional jail time and was able to settle some of the issues outside of court.

In 2011, an intoxicated Nicolas Cage was arrested after being spotted arguing with his wife Alice in the early hours of the morning in New Orleans. After reportedly taunting police, he was arrested and charged with domestic abuse and disturbing the police. He was released later that day and the charges were dropped.

Mel Gibson was arrested for suspicion of DUI while driving in Malibu back in 2006. Before he was taken to jail, he was recorded making anti-Semitic remarks, which greatly impacted his career. He apologized for the remarks and did not face further jail time for the DUI.

"It was an unfortunate incident. I was loaded and angry and arrested. I was recorded illegally by an unscrupulous police officer who was never prosecuted for that crime. And then it was made public by him for profit, and by members of — we'll call it the press. So, not fair. I guess as who I am, I'm not allowed to have a nervous breakdown, ever," he told Variety 10 years after the incident.

Donald Trump Jr. was arrested on the charge of public drunkenness during a trip to New Orleans in 2001. He reportedly spent 11 hours in a Louisiana jail before being released.

In 2004, Michelle Rodriguez spent 48 hours in jail after pleading no contest to a hit and run, drunk driving, and driving with a suspended license. She was also sentenced to community service, a three-month alcohol program, and three years of probation.