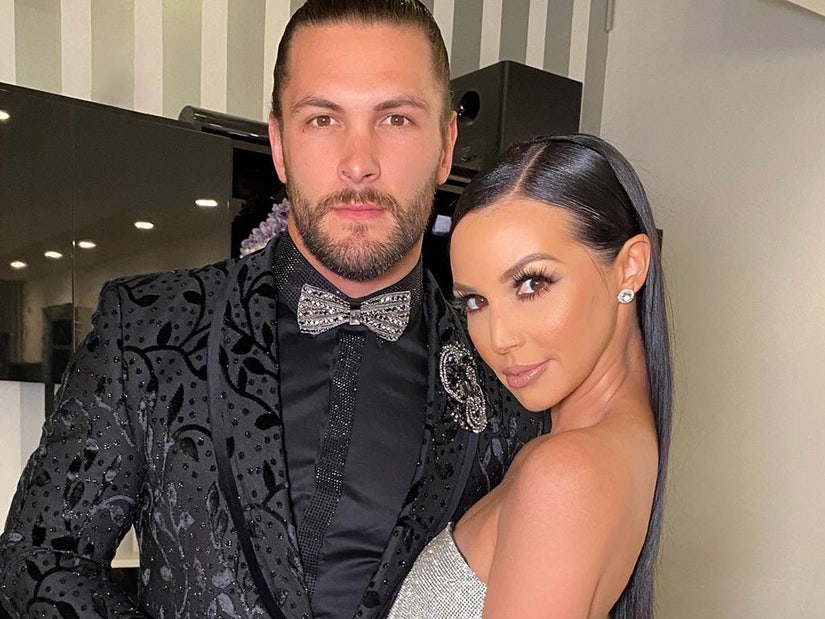 On Wednesday, the "Vanderpump Rules" star announced she's pregnant, just a few months after she experienced a miscarriage over the summer. Shay, 35, took to Instagram to reveal the exciting news, sharing a sponsored post in collaboration with Clearblue.

"IT'S ALL HAPPENING APRIL 2021!!! We are expecting our rainbow baby!!! 🌈👶🏻" Shay captioned a photo of herself and Davies posing with the pregnancy test and a sonogram (below). "Thank you @clearblue for giving me the most amazing news of my life!"

The Bravo star opened up to PEOPLE about her pregnancy news and recalled how she found out she was expecting.

"We got pregnant so quickly," Shay explained. "My doctor told me to wait one period and ovulation cycle and then we could try again. It was the first and only time we tried and I had a feeling right away, but it was so soon to tell because I wasn't even close to missing my period yet. I just had a feeling."

At the time, Shay and Davies were about to go on a trip to Sedona, Arizona, but Shay said she couldn't leave without taking a test.

"I had to know before I missed my period and we went on this trip," she said, adding that she was "bawling [her] eyes out" when the test came back positive. "We still had an amazing trip, but it just all happened so quickly, which is so exciting but also really scary after having a miscarriage."

Shay continued, "After going through the miscarriage and knowing those signs...it was comforting knowing, 'Okay, you're not spotting, you're not cramping, you still feel pregnant, you're still tired, your boobs still hurt.'"

Following her miscarriage, the podcast host said she was "definitely even more aware" and "much more cautious" of her body.

"I was just too afraid to lift up a 5 lb. weight. I was like, 'But what if that makes me have a miscarriage?'" Shay explained. "It was every little thing, which I'm sure was driving Brock crazy because he's like, 'You're fine!' But I was just like, 'I need to make sure, I need to make sure' -- and now we've made sure! Everything is good."

The reality star, whose "Vanderpump Rules" co-stars Lala Kent, Brittany Cartwright and Stassi Schroeder are also pregnant, said she has low levels of progesterone and her doctor put her on supplemental doses of the hormone "for a few weeks."

"Once I got to 10 weeks, I went in for my appointment and [the doctor was] like, 'You can stop the progesterone now,'" Shay recalled. "And I was like, 'But I'm not in my second trimester yet,' and he's like, 'Well, I just did an ultrasound; the placenta is giving the baby nutrients now. Your progesterone is being provided through there.' And I was just like, 'But are you sure?' I was questioning my doctor because I'm just so paranoid and he's like, 'You're fine, stop taking it, relax, start working out again."

In addition to her interview with PEOPLE, Shay also posted a lengthy vlog on her YouTube channel that documented how she learned she was pregnant as well as how she told Davies the exciting news.

Watch the video, below.