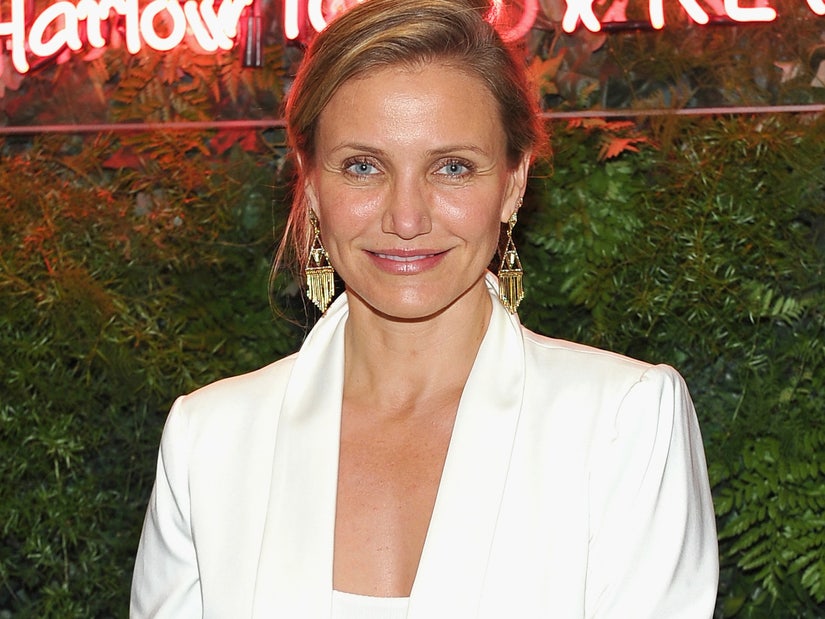 During a rare in-depth interview, Cameron Diaz opened up about life outside of the spotlight with husband Benji Madden and what it's like being a mom for the first time after welcoming her daughter Raddix late last year.

"A lot of people do it the other way around...they get married [and] have a family in their youth. I'm kind of doing it in the second half of my life. The only pressure for me now is I have to live to be, like, 107, you know? No pressure!" Cameron joked while speaking with Naomi Campbell on her "No Filter" YouTube series.

Cameron, who once said she "was never drawn to being a mother," admits she has now hit her "sweet spot" raising her almost one-year-old daughter.

"Even with all of the amazing experiences I've had in traveling and accomplishments of working hard and putting things into the world I'm proud of...I know, this is really the most gratifying time in my life, to be in this place, to get here. Having a family when you're young... it's like anything when you're young: You do it. But when you're my age and you decide to do it, it's a real choice. You really have to work hard for it," Cameron expressed.

She added that getting married later in life has also had its benefits, explaining, "When you're young, you become one another, you know, you melt into one another, but when you're older and you start a marriage, you're really aware of what it takes to become partners with one another because you've been individuals for so long."

While Cameron is clearly thriving in her new role as a mother (and recently as founder of her organic wine business Avaline), she isn't completely counting out other opportunities - including acting.

"I never say never to anything, first of all, but I feel really resolved. I haven't made a movie since 2014. It's been a long time -- it's been seven years or six years since I made a film. Girl, I am okay with that.  Like there is no part of me that is like, 'I gotta get up, I gotta get in front of the camera.' And that’s not to say that I won’t someday, but I’m really resolved at where I’m at right now," Cameron concluded.

Hear all that Cameron had to say in the interview above.