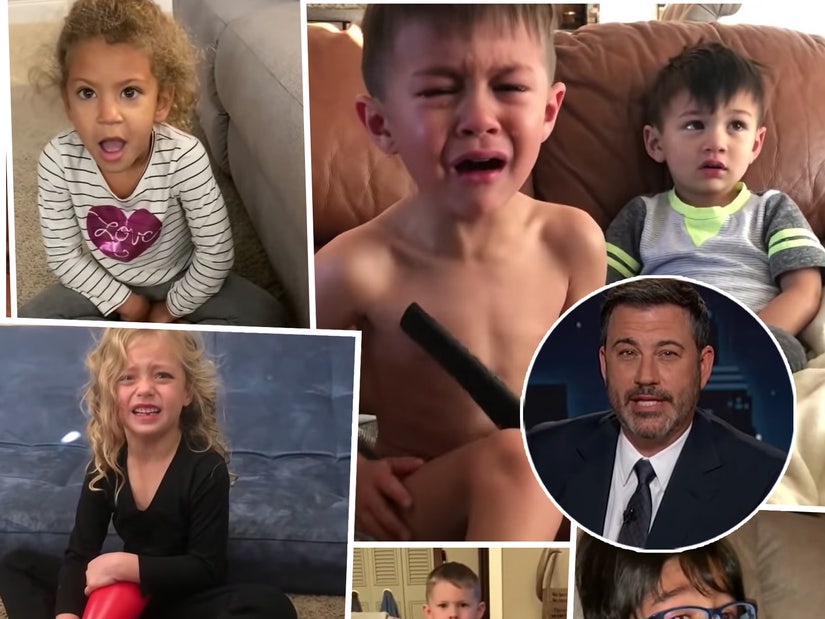 This year, the parents all went rogue and pulled off the challenge themselves.

Jimmy Kimmel said he canceled his annual "I Told My Kids I Ate All Their Halloween Candy" prank this year "because kids have suffered enough" ... but that didn't stop their parents from pulling it anyway.

The late night host explained that even though he called off the viral video competition, he still received a ton of unsolicited submissions and edited them together for his audience's pleasure. "What the hell, here it is," he said on Monday night's show, before airing the package of crying kids.

As parent after parent told their children the bad news, the reactions were all over the place.

"You ate all my Halloween candy! That is so mean!" screamed one. Others broke down in tears. One kid started to lose it, as his brother happily accepted the piece of toast their dad offered them instead.

"We're gonna have to get your your own house with your own candy," another girl told her father -- as one kid exclaimed he wanted to "violently kick [Jimmy Kimmel] in the face" for the stunt.

"Jesus does not lie, remember you taught us that?" another told her mother after being told it was all a joke. One sweet girl told her mom "it's okay" and even offered up a hug.

But this many years in, some of the children are getting smart to the stunt -- and one bright boy told his dad, "You did not eat all my Halloween candy and I already know that because you do it every year!"

The video ends with a call to action to donate money to Operation Gratitude, which sends care packages to US military.