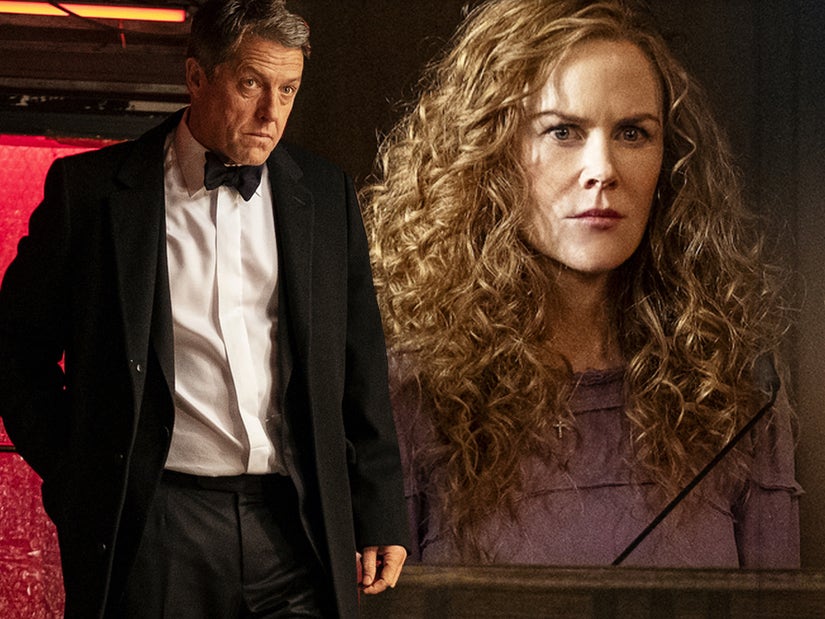 One thing's for sure: We all owe Lily Rabe an apology.

"The Undoing" wrapped up its six-episode run on HBO with a series finale that proved the show wasn't as twisty as viewers anticipated.

Starring Nicole Kidman as a woman whose husband -- played by Hugh Grant -- is accused of murdering his mistress, the series has everyone guessing who the real killer was. Literally everyone on the show was a suspect, including Edgar Ramirez's Detective Mendoza, Lily Rabe's BFF Sylvia and Kidman and Grant's on-screen son, played by Noah Jupe.

What we choose to believe matters. #TheUndoing stars, Lily Rabe and Noma Dumezweni, chat about the finale and so much more. Spoilers below: pic.twitter.com/gupzv3FFiJ

In the end, however, a final twist didn't really happen, as viewers learned the man who all the evidence pointed to was actually the one who committed the crime. While rare on a TV show or film, as Occam's Razor tells us, the most obvious explanation is often the right one -- and Grant's Jonathan Fraser was revealed to be the killer.

Leading up to its final episode, celebrities had been chiming in with some of their theories -- and shared their reactions on social media after the episode ended.

"My theory about #TheUndoing was entirely incorrect," said Ava DuVernay, who speculated Detective Mendoza was to blame. "But no matter! 'Twas a fun, twisty long-watch written by David E. Kelley. Splashy perfs by top-notch actors who got to swing for the fences. Directed expertly by Madame Susanne Bier. A good time. Applause for the cast and crew!"

"#TheUndoing I am undone," tweeted Kerry Washington. "Me after watching the finale," wrote Kelsea Ballerini, along with a clown emoji, "HOW DID THEY- #TheUndoing."

"I stand corrected," said Carole Radziwill, who was among the many who assumed Sylvia was not only involved, but possibly the other woman who previously had an affair with Jonathan. "Omg. It was right there under our noses the whole time," tweeted Megyn Kelly. "He was such a good liar! Amazing series and yet another David E. Kelley masterpiece. #TheUndoing."

Keep reading to see more viral tweets after the finale from viewers:

My apologies to Sylvia, Mendoza, Henry, Grandpa, the Headmaster, that one mom in the cream coat, the kids in the park, the door man, juror # 6, etc, whom all were suspects in my head the past 6 weeks. My bad. #TheUndoing

Me: I knew it was Jonathan the entire time...
Also me: It was Sylvia. Or Franklin? Or maybe Grace. Maybe Henry? Definitely Sylvia. #TheUndoing pic.twitter.com/Q4tunGVeLd

I just feel like all of social media owes Lily Rabe an apology tonight. #TheUndoing pic.twitter.com/TUv3JBrAfy

Where can I send an edible arrangement to Sylvia cause I was ready to call myself to the stand & say it was her..

she was a good friend and we ALL just assumed it was due to guilt and not genuine care for grace 😭 the internalized misogyny phew #TheUndoing pic.twitter.com/oaVBKlkaXh

y’all said homegirl was a side chick ...APOLOGIZE #TheUndoing pic.twitter.com/1hTnD8gDh3

Sylvia told us in the first episode and I still blamed her. #TheUndoing #TheUndoingHBO pic.twitter.com/NARmFyirkp

Me, looking at myself in the mirror, having overthought this whole thing. #TheUndoing pic.twitter.com/IVRsrWnIaV

Here we were blaming half the cast when the truth was in front of us all along #TheUndoing pic.twitter.com/KpbLRJAZac

I mean I had all types of theories brewing lmao even the baby was a suspect. #TheUndoing pic.twitter.com/Zvo3vWffba

Us: who killed Elena?!

Us: was it Grace? Was it Fernando?

Us: maybe the baby did it? 🤔 #TheUndoing

me coming up with 728283 theories about who killed elena alves and not a single one being correct #TheUndoing pic.twitter.com/7XCHCQ6T0a

not me creating like 8 different theories for the undoing and none of them being right.............. #TheUndoing

Me accusing everyone but Jonathan the entire time:

Can we also give Hugh Grant some props for his performance because he played Jonathan flawlessly. He really had me questioning even though we all knew... #TheUndoing

they told us who the killer was day one and we were all out here like this blaming everyone and the extras. i cannot 😂😂😂😂😂😂 #TheUndoing pic.twitter.com/YCdu9DOjBb

Fucking bravo to #TheUndoing for the most obvious finale that wasn’t obvious at all. What a ride. pic.twitter.com/NqIE12mIq6