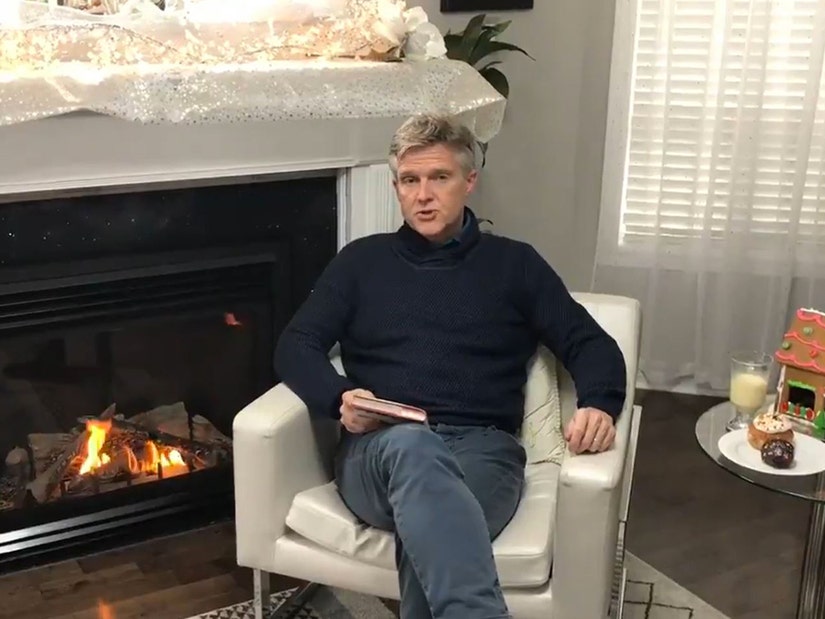 He posted this Christmas Eve video, sat at his fireplace, sipping eggnog — when he was really on a Caribbean beach.

A government minister has been forced to resign after he tried to fool Canadians into believing he was at home with them in lockdown — when in reality he was sunning himself on St Barts.

Rod Phillips, the now-former finance minister of Ontario, posted a series of Tweets over Christmas, praising constituents for staying at home during the pandemic and avoiding non-essential travel.

But it soon emerged that the pictures and videos were all pre-recorded and timed to post while he was secretly vacationing on the exclusive Caribbean island.

In one particularly cringe-inducing video, posted at 7.30 AM on December 24, he is sat in front of his fireplace in a thick sweater, sipping eggnog and flanked by a gingerbread house to one side and a mini Xmas tree to the other.

It's #ChristmasEve. To my constituents in #Ajax & people across Ontario, all the best during this special time of year. Even as COVID-19 changes how we celebrate, we should reflect on what makes Christmas so special to us - including family & the act of giving. #MerryChristmas! pic.twitter.com/AX7hKWA88n

"On this Christmas Eve, I want to wish each and every one of you a very merry Christmas," he coos as saccharine music plays. "Now I know that this Christmas is a bit different from Christmases in the past... we're meeting virtually and online, and not able to be in person with as many family and friends as we'd like to."

"And I want to thank each and every one of you for what you are doing to protect our most vulnerable while we celebrate this very very special — but challenging — holiday season."

Another wincer saw him celebrate National Maple Syrup Day with a picture of him enjoying a stack of pancakes on his front porch, with a bottle bought from his good 'ol local MacMillian Orchards.

Not to get too sappy, but when you boil it down the best way to celebrate is with a stack of flapjacks & a bottle of real #CanadianMapleSyrup. I picked up this bottle from #Ajax's local MacMillan Orchards. pic.twitter.com/4iL8UXMOoB

But, as Newstalk 1010 reported, the Ajax Member of Provincial Parliament was at that time about 2,000 miles away from his front porch in St Barts — where he had been since December 13.

When Ontario Premier Doug Ford found out, he said he was "extremely disappointed", and ordered him to return ahead of a 'very tough conversation'.

"I have let the minister know that his decision to travel is completely unacceptable and that it will not be tolerated again — by him or any member of our cabinet and caucus," he said. "I have also told the minister I need him back in the country immediately." 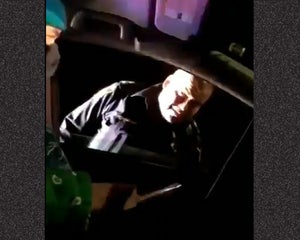 "The only way we will beat COVID-19 is by following the advice provided by our public health experts. Public officials are no exception."

After getting busted, a very sheepish Phillips issued an apology as he made preparations to come back and face the music.

​"I deeply regret travelling over the holidays. It was a mistake and I apologize," he said in a statement Tuesday. "I left on a personally paid for trip to St. Barts on December 13 following the end of the Legislative Session."

"I am making arrangements to return to Ontario immediately and will begin a 14 day quarantine as soon as I arrive.”

But it turned out that tough conversation was very tough indeed, as Ford announced on Thursday that Phillips had stepped down just hours after landing.

"Today, following my conversation with Rod Phillips, I have accepted his resignation as Ontario's minister of finance," he announced.

"At a time when the people of Ontario have sacrificed so much, today's resignation is a demonstration that our government takes seriously our obligation to hold ourselves to a higher standard."

Speaking to reporters at the airport before making the gallows walk, Phillips described his Xmas vacation as a "dumb, dumb mistake."

As with so many things this year — The Simpsons called it: