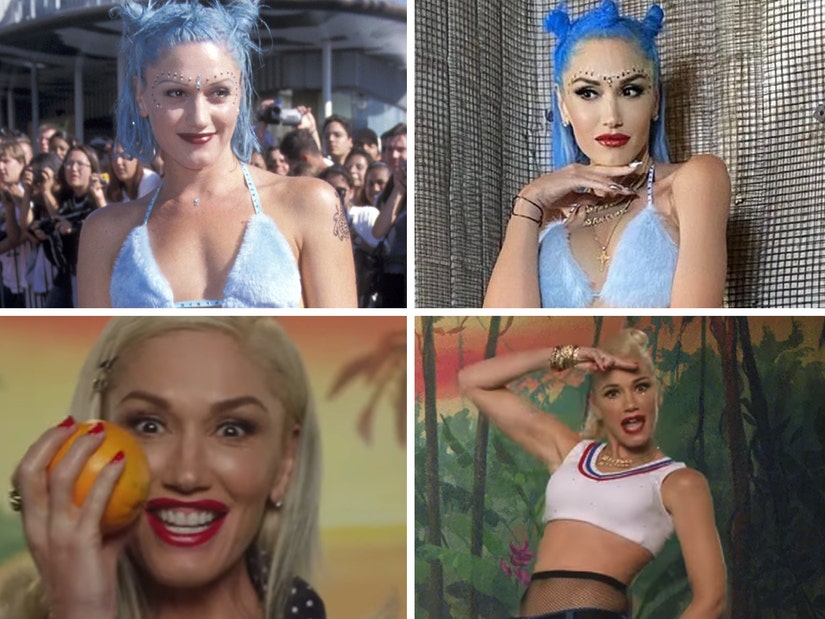 Gwen's looks from "Just a Girl," "Don't Speak" and more all get an upgrade.

Gwen Stefani is reintroducing herself ... by taking a stroll down a very fashionable memory lane.

The 51-year-old singer recreated some of the most infamous looks of her career for the new music video for "Let Me Introduce Myself," which dropped New Year's Day.

Among the former getups to get a revamp for the new clip: Her athletic wear from No Doubt's 1995 "Just a Girl" music video, her Alice In Wonderland-themed outfit from "What You Waiting For," her polka dot dress (and orange!) from the "Don't Speak" video, the bejeweled blue look she rocked at the 1998 MTV Video Music Awards and even her pink hair/braces look from 1999.

Her Harajuku girls also make a cameo in the clip, as does her massive engagement ring from Blake Shelton.

"Literally can't believe i got to revisit the original old me," Gwen shared on Twitter after the video went live. "This one is for all the old school and the new school….got a smile on my face go ahead and pass it on."

Stylist Rob Zangardi also shared a number of side-by-sides on his official Instagram page Friday morning, showing how much work went into getting each look -- all 18 of them! -- just right for the shoot.