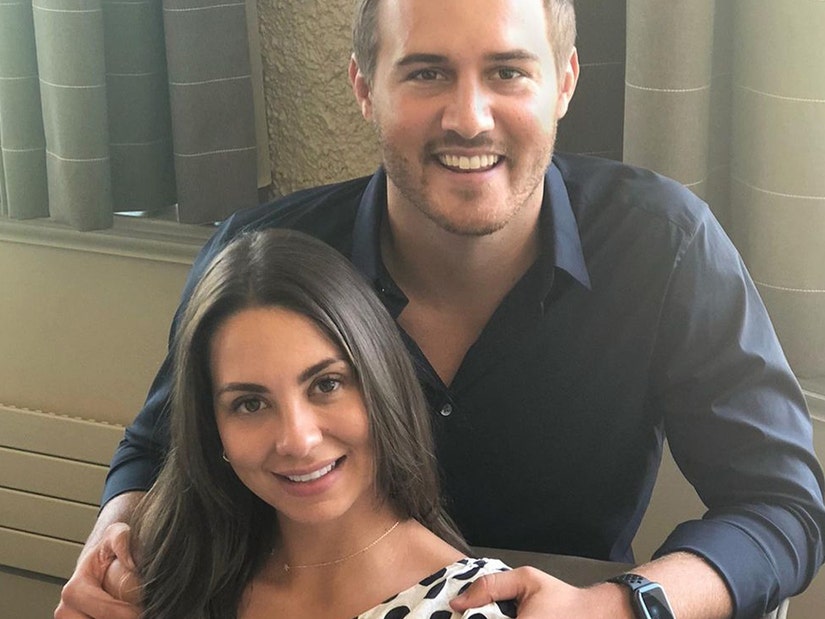 The news comes just days after the two confirmed they'd be moving in together in NYC.

On Sunday evening, Flanagan addressed the breakup in her own, separate Instagram post -- and shed a little light into why they decided to split.

"I know a lot of you have already heard the news, but I wanted to take some time to process it for myself before sharing," she began. "It saddens me to say this but Peter and I have decided to go our separate ways. Peter and I had some unbelievable times together and they will definitely be missed."

"Unfortunately him and I are in two different stages of our lives and saw our future paths differently," she continued. "I wish Peter the absolute best and want to thank everyone for your continued support as I move on to my next chapter."

Flanagan concluded, "I'm still hoping to make it to New York one of these days, but for now I just want to focus on my happiness! 2021, I can't wait to see what you have in store!"

Looks like "The Bachelor" star Peter Weber is kicking off 2021 solo.

The pilot/reality TV star and contestant-turned-girlfriend Kelley Flanagan have split after about nine months of dating, news he confirmed Thursday on Instagram.

"Love is a funny thing. It can make you you feel on top of the world and it can make you feel a pain you wish didn't exist," he wrote. "I'm here to share that Kelley and I have decided to go our separate ways."

"While our relationship was filled with countless beautiful memories, our relationship simply didn't work out in the end," he continued. "Kelley is someone I will always have a special love for. Someone I have learned more from than she will ever understand. Someone I am so thankful came into my life and someone who I will always wish all of life's greatest blessings on."

He concluded his post writing, "These moments in life always hurt, but in my opinion that shows you it was worth the time you spent together. Thank you Kelley."

She has yet to address the breakup. Their last post together was one she posted on December 8.

The news comes just after they confirmed they'd be moving in together in New York City.

"So grateful Kell was on board with the move!" Weber said earlier this month. "I had actually made it a goal of mine when I turned 20 that I wanted to live in New York City before my 20s were up and I'm just barely crossing it off the list!"

Weber and Flanagan actually met before filming "The Bachelor," on which she was sent home before the finale. Though he got engaged to Hannah Ann Sluss on the show, that engagement fell apart and he hoped to rekindle his romance with runner-up Madison Prewett. That didn't work out too well for him either.