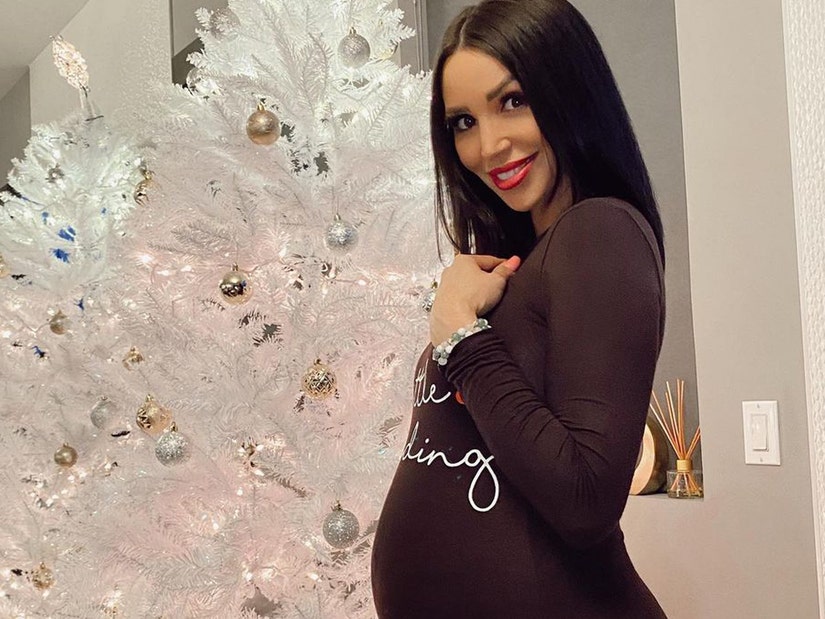 "This is by far the worst one I've ever received."

Scheana Shay revealed just how bad comments on the Internet can get, as she shared a particularly disturbing question one follower submitted for an Instagram Q&A.

After asking her fans to send in their questions for her to answer, the "Vanderpump Rules" star received quite a few about her pregnancy and child on the way. One submitter, however, took it to a very dark and troubling place.

Sharing a screen shot of some of the Qs she got to her Instagram Story, the reality star circled one response which read, "Can I push hard on your baby ... to kill it."

"This is by far the worst one I've ever received," Shay captioned the post. "And this bitch has a photo with a kid on her profile!!!! Wow!!!"

Shay first confirmed she was expecting a child with boyfriend Brock Honey Davies back in October, following a miscarriage in the summer of 2020.

"IT'S ALL HAPPENING APRIL 2021!!! We are expecting our rainbow baby!!! 🌈👶🏻" Shay captioned a photo of herself and Davies posing with the pregnancy test and a sonogram (above). "Thank you @clearblue for giving me the most amazing news of my life!"

The Bravo star opened up to PEOPLE about her pregnancy news and recalled how she found out she was expecting.

"We got pregnant so quickly," Shay explained. "My doctor told me to wait one period and ovulation cycle and then we could try again. It was the first and only time we tried and I had a feeling right away, but it was so soon to tell because I wasn't even close to missing my period yet. I just had a feeling."

At the time, Shay and Davies were about to go on a trip to Sedona, Arizona, but Shay said she couldn't leave without taking a test.

"I had to know before I missed my period and we went on this trip," she said, adding that she was "bawling [her] eyes out" when the test came back positive. "We still had an amazing trip, but it just all happened so quickly, which is so exciting but also really scary after having a miscarriage."