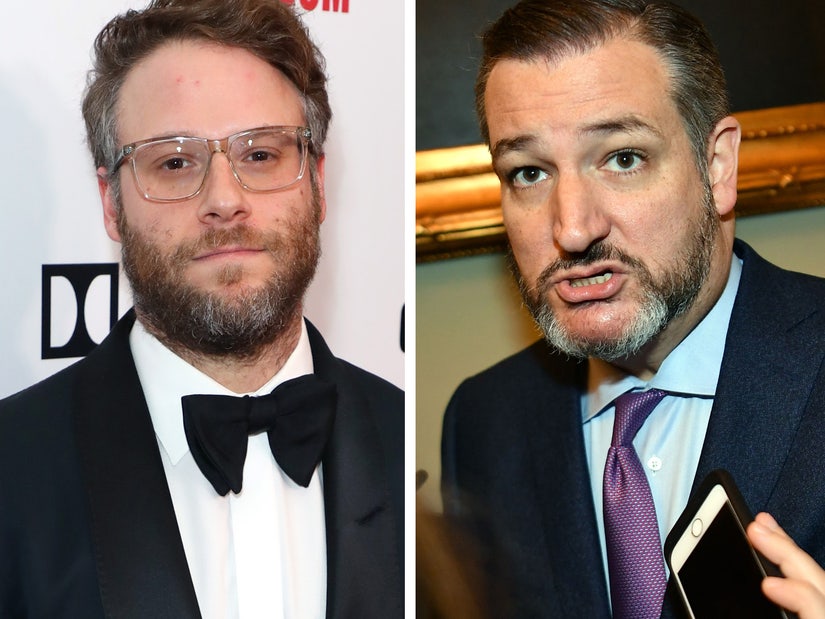 "I think @SenTedCruz is desperately trying to rebrand from the 'inspired a deadly insurrection' motherf----- to the 'left my constituents to freeze to death so I could go to Cancun' motherf-----, but luckily he can be both. He's just that big a motherf-----."

I think @SenTedCruz is desperately trying to rebrand from the “inspired a deadly insurrection” motherfucker to the “left my constituents to freeze to death so I could go to Cancun” motherfucker, but luckily he can be both. He’s just that big a motherfucker.

It was reported on Thursday that following the heavy criticism, Cruz was trying to book an immediate return flight back to Texas.

Just confirmed @SenTedCruz and his family flew to Cancun tonight for a few days at a resort they've visited before. Cruz seems to believe there isn't much for him to do in Texas for the millions of fellow Texans who remain without electricity/water and are literally freezing. pic.twitter.com/6nPiVWtdxe

Arriving at Cancun airport and turning around to get right back onto a plane sounds like punishment enough to us, frankly.

In a pointed tweet not directed at Ted Cruz -- but perhaps referring more to the media and public reaction to their ongoing back-and-forth -- Seth Rogen insists that what's going on between the men is not a feud.

"This isn't a Twitter 'feud,'" he tweeted Sunday morning. "@tedcruz tried to overthrow our government. He inspired a deadly mob to storm the Capitol. And I think that deserves ridicule. So f--- him."

He then shared tweets from others both inside and outside of Hollywood sharing a similar sentiment, with "Parks & Recreation" co-creator Michael Schur suggesting it's a calculated attempt by Cruz to redirect the conversation.

"Hi, @tedcruz is desperate to pick a fight with @Sethrogen so everyone talks about that and not the fact that he made a bad-faith attempt to overthrow a fair election in order to cynically grab Trump's base and run for President in 2024," he tweeted (and Rogen shared). "Let's focus on the latter."

It's the feud that keeps on giving, and the longer it goes on the more it's sliding into absurdist territory. Apparently, Seth Rogen wasn't ready to let his ire with Ted Cruz over the latter's Paris Climate Accord comments go over the weekend.

It didn't even matter that Cruz had moved on from that topic, instead responding to a seemingly innocuous question on Friday about the first movie he recalled seeing in theaters. For the Texas Senator, it was Walt Disney's classic 1940 animated musical film, "Fantasia."

Rogen wasted no time trashing Cruz, replying, "Everyone who made that film would hate you."

On Saturday, Cruz jumped back into the ring with Rogen, replying, "They’re all dead. So I think we’re good. And Walt Disney was a Republican."

He then took aim at Rogen directly, adding, "Even though you behave online like a Marxist with Tourette’s (screaming “F U! F U!” is really, really clever), your movies are typically pretty funny. I’m sure you hate that I enjoy them."

Everyone who made that film would hate you.

Once again, Rogen was quick on that reply trigger, taking personal offense at Cruz targeting people with Tourette's, as it runs in his family and he says he has a mild case himself.

"I once again take great pleasure in telling you to go f--- yourself," he tweeted, adding, "Also, VERY few cases of Tourette's manifest in uncontrollable swearing. Most cases, like mine, manifest in twitching.)"

A couple of hours later, clearly deciding that this wasn't quite enough said about the Senator, Rogen was back with yet another statement. "All jokes aside," he tweeted. "@tedcruz is a fascist piece of s---."

Tagged in Rogen's latest piece, Cruz just couldn't let it go, coming back and tagging Rogen himself while calling him "a moron."

But Cruz went on, adding, "It's your party that believes in govt power: to shut your business, to oppress your faith & to censor your speech. Anyone who disagrees they try to cancel."

"BTW, a lot of folks in Hollywood are conservative," Cruz continued. "& muzzled by the fascist Left."

Rogen kept the narrative moving forward on Sunday, circling back to the U.S. Capitol siege. "You literally inspired a deadly insurrection you stupid f---," he tweeted.

This doesn't sound like an argument that is anywhere near being over.

President Joe Biden rejoined the Paris climate accord on his first day in office -- a move that sparked backlash from Senator Ted Cuz and ignited a Twitter battle between the Republican politician and actor Seth Rogen.

Cruz became a Twitter target on Wednesday evening when he repeated Donald Trump rhetoric by tweeting that "by rejoining the Paris Climate Agreement, President Biden indicates he's more interested in the views of the citizens of Paris than in the jobs of the citizens of Pittsburgh."

"This agreement will do little to affect the climate and will harm the livelihoods of Americans," he added.

By rejoining the Paris Climate Agreement, President Biden indicates he’s more interested in the views of the citizens of Paris than in the jobs of the citizens of Pittsburgh. This agreement will do little to affect the climate and will harm the livelihoods of Americans.

The Paris agreement, of course, is not something that just affects or benefits Paris and is an international effort to fight back against the effects of climate change -- something many on Twitter were quick to point out, including New York representative Alexandria Ocasio-Cortez.

"Nice tweet Sen. Cruz! Quick question: do you also believe the Geneva Convention was about the views of the citizens of Geneva?" she wrote. "Asking for everyone who believes US Senators should be competent and not undermine our elections to incite insurrection against the United States."

Seth Rogen then got in on the action as well, replying directly to Cruz's tweet with a simple, "F--- off you fascist."

Cruz switched over to his personal account to call out Rogen's response with a separate tweet, tagging him and sharing a screen shot of the actor's reply on his page.

"Charming, civil, educated response. @Sethrogen," he wrote. "If you're a rich, angry Hollywood celebrity, today's Dems are the party for you. If you're blue-collar, if you're a union member, if you work in energy or manufacturing ... not so much. #JobsMatter"

He then retweeted the Texan's post and added, "If you're a white supremacist fascist who doesn't find it offensive when someone calls your wife ugly, Ted Cruz is the exact motherf----- for you. Also I'm in four unions."

Trump, of course, attacked Heidi Cruz's appearance during his 2016 campaign -- sharing an unflattering side-by-side of her with his own wife Melania Trump on Twitter. At the time, Cruz responded by writing, "Donald, real men don't attack women. Your wife is lovely, and Heidi is the love of my life."

Cruz went on to become a big Trump supporter and led the effort to dispute the 2020 election results.