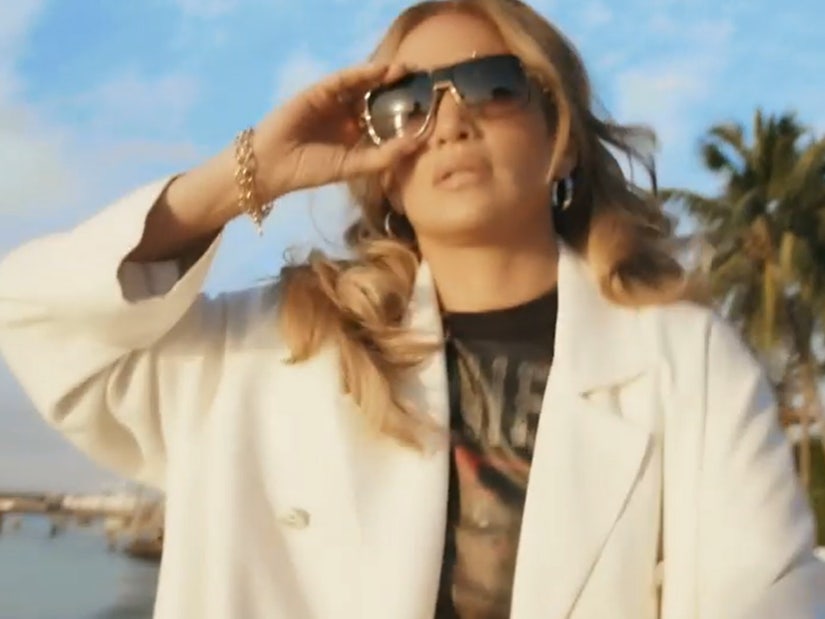 She hoped to inspire copycat videos with a Twitter challenge, but it didn't go as expected.

"Happy 20th Anniversary to my 2nd album J.Lo!!!! Had a little fun at a recent shoot," she captioned a video on social media showing her walking down the beach to the song, stripping off her clothes in the sand.

She didn't get too many recreations, however -- and the replies she did get were absolutely hilarious.

"Not a littering challenge," joked one follower who retweeted the video -- a post which racked up 82K likes. "You want us all to rush to the beach in a pan de queso to have our friends film us throwing away good jewelry? I'm so confused," read another response liked more than 22K times.

"Jlo we supposed to throw our valuables on the beach?" joked another fan. "Is the challenge to find it after we throw it bc we can't afford to replace it?!? What is the instructions?!?!?????"

"Girl it's too cold for that," posted another follower -- while one follower added, "We are in a panini, still haven't gotten our second stimmy & you want us to go out & throw our shit away in the sand?!?"

Searching the hashtag itself on Twitter surfaced a ton of tweets simply commenting on the lack of recreations ... or people hoping for renditions of Nick Cannon's dance moves in the movie "Love Don't Cost a Thing" instead.

Everyone in the middle of winter and a pandemic: pic.twitter.com/eKjuNE56In

There were, however, a few videos on Instagram -- including one which traded the white sands for snow.