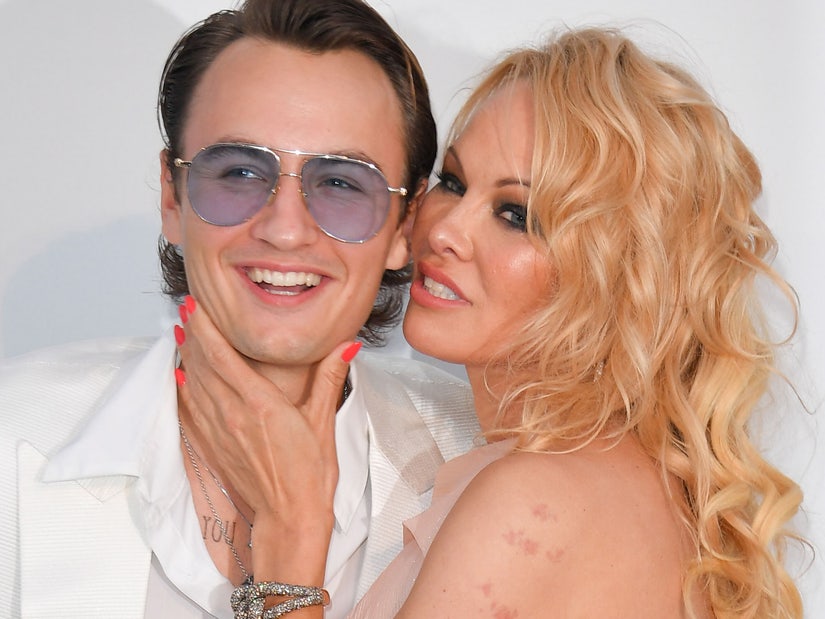 Pamela Anderson and Tommy Lee's son shared video of himself chasing the man away.

Brandon Thomas Lee says he had to break out the golf clubs after a man allegedly "broke into" his home.

Lee, the 24-year-old son of Pamela Anderson and Tommy Lee, revealed the incident himself in an Instagram post on Monday. In the footage he shared, Lee is seen confronting a man in the street after presumably chasing him out of his home.

"This guy full on BROKE INTO MY HOUSE and then sneaks up on me in my kitchen, starts screaming at me, and after tries to tell me that he thought I was a lawyer he knew," Lee captioned the video. "So I had to show him my good ol 7 iron."

While he tells Lee he thought the home belonged to "the lawyer that I know," Brandon shouts back, "Do I look like a f---ing lawyer? "Get the f--- out of here!"

Lee's famous father hopped into the comments to call the guy a "kook," adding that the incident was "minutes away from being on the news." Brandon, who appeared on the most recent season of "The Hills: New Beginnings," also joked that his new clubs keep him "safe on and off the course."