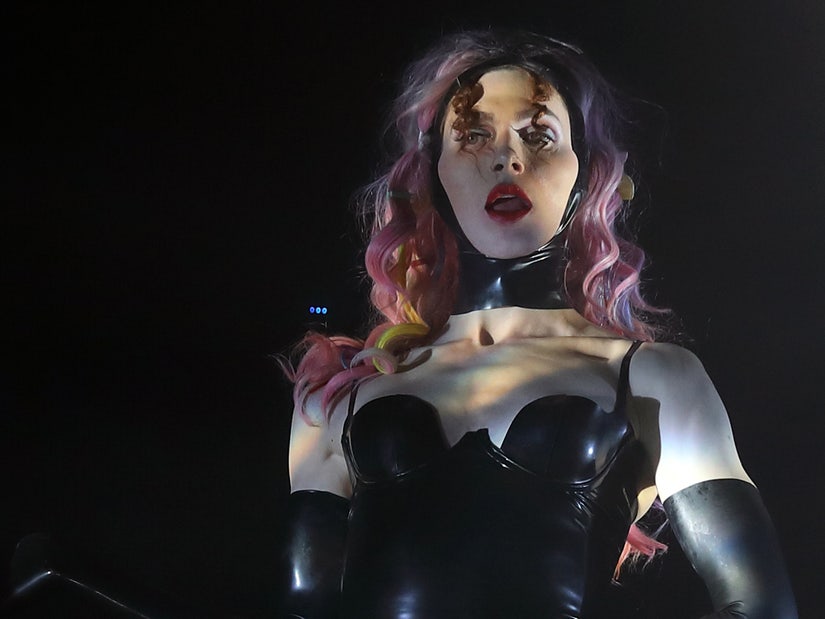 "The world has lost an angel," shared Sam Smith.

Grammy-nominated producer and musician Sophie died at the age of 34 on Saturday.

"Tragically our beautiful Sophie passed away this morning after a terrible accident," a statement from her record label Transgressive read. "True to her spirituality she had climbed up to watch the full moon and slipped and fell."

"She will always be here with us. The family thank everyone for their love and support and request privacy at this devastating time."

A rep for Sophie confirmed she died at home in Athens, Greece, according to The Guardian.

The avante-garde artist earned a Best Dance/Electronic Album Grammy nomination in 2018 for her debut album "Oil of Every Pearl's Un-Insides." In 2015, she co-produced "Bitch, I'm Madonna" with Madonna. Charli XCX, Kim Petras and rapper Vince Staples were among her other collaborators.

Tributes from fellow musicians poured in on social media as Sam Smith posted, "Heartbreaking news. The world has lost an angel. A true visionary and icon of our generation. Your light will continue to inspire so many for generations to come. Thinking of Sophie’s family and friends at this hard time."

"The loss of sophie is huge," shared Jack Antonoff. "she's been at the forefront for a long time and we see her influence in every corner of music. if you're not aware of what she has done then today is the day to listen to all her brilliant work. you'll hear an artist who arrived before everyone else."

Heartbreaking news. The world has lost an angel. A true visionary and icon of our generation. Your light will continue to inspire so many for generations to come. Thinking of Sophie’s family and friends at this hard time ❤️ pic.twitter.com/7qr4aI0DDi

Sending all my love and prayers to SOPHIE’s family and friends 💜💙❤️💔🕊 pic.twitter.com/LTMuXIq4ec

the loss of sophie is huge. she’s been at the forefront for a long time and we see her influence in every corner of music. if you’re not aware of what she has done then today is the day to listen to all her brilliant work. you’ll hear an artist who arrived before everyone else.

it is rare that we get to live at the same time as an artist so truly singular. if it's the actual sound of her work which is the definition of new, or the feeling behind it ... it was legendary during her life and will continue to be after.

Rita Ora shared a gorgeous photograph of Sophie, adding, "Sending all my love and prayers to SOPHIE's family and friends."

The young artist opened up about her gender identity with Paper in 2018.

"For me, transness is taking control to bring your body more in line with your soul and spirit so the two aren't fighting against each other and struggling to survive," she said.

"On this earth, it's that you can get closer to how you feel your true essence is without the societal pressures of having to fulfill certain traditional roles based on gender. It means you're not a mother or a father -- you're an individual who's looking at the world and feeling the world. And it's somehow more human and universal, I feel."

Keep reading for more tributes, below.

Rest In Peace to SOPHIE. I found myself so consistently inspired by her and in awe of her production. Heartbroken to hear this

I’m having a hard time finding the words that could speak to what i’m feeling right now...SOPHIE was a great. No one touched music how she did + her impact will be felt forever. Her work and what she embodied was incredibly important and special to me and i know to so many others pic.twitter.com/Qb6qmsnAcT

Sophie was a stellar producer, a visionary, a reference. She rebelled against the narrow, normative society by being an absolute triumph, both as an artist and as a woman. I can’t believe she is gone. We need to honor and respect her memory and legacy. Cherish the pioneers. pic.twitter.com/3kyRl1KabY

#RestInPower SOPHIE! You were one of the most innovative, dynamic, and warm persons I had the pleasure of working with at 2019 ⁦@southbankcentre⁩ pic.twitter.com/uzsv0EAWxx

There was what’s possible and then there was SOPHIE. To have lived in a time...#RIPSOPHIE

to me the genius of sophie was how she took this concept of bigger brighter harder shinier, a tool that so many have used cynically, and made it brilliant & challenging. she used something in a brand new way that was being misused for too long. she is a savior of pop for it

SOPHIE. Thank you for everything. On to the next journey. Rest In Peace. ♥️♾ pic.twitter.com/e8L9qYpBiA